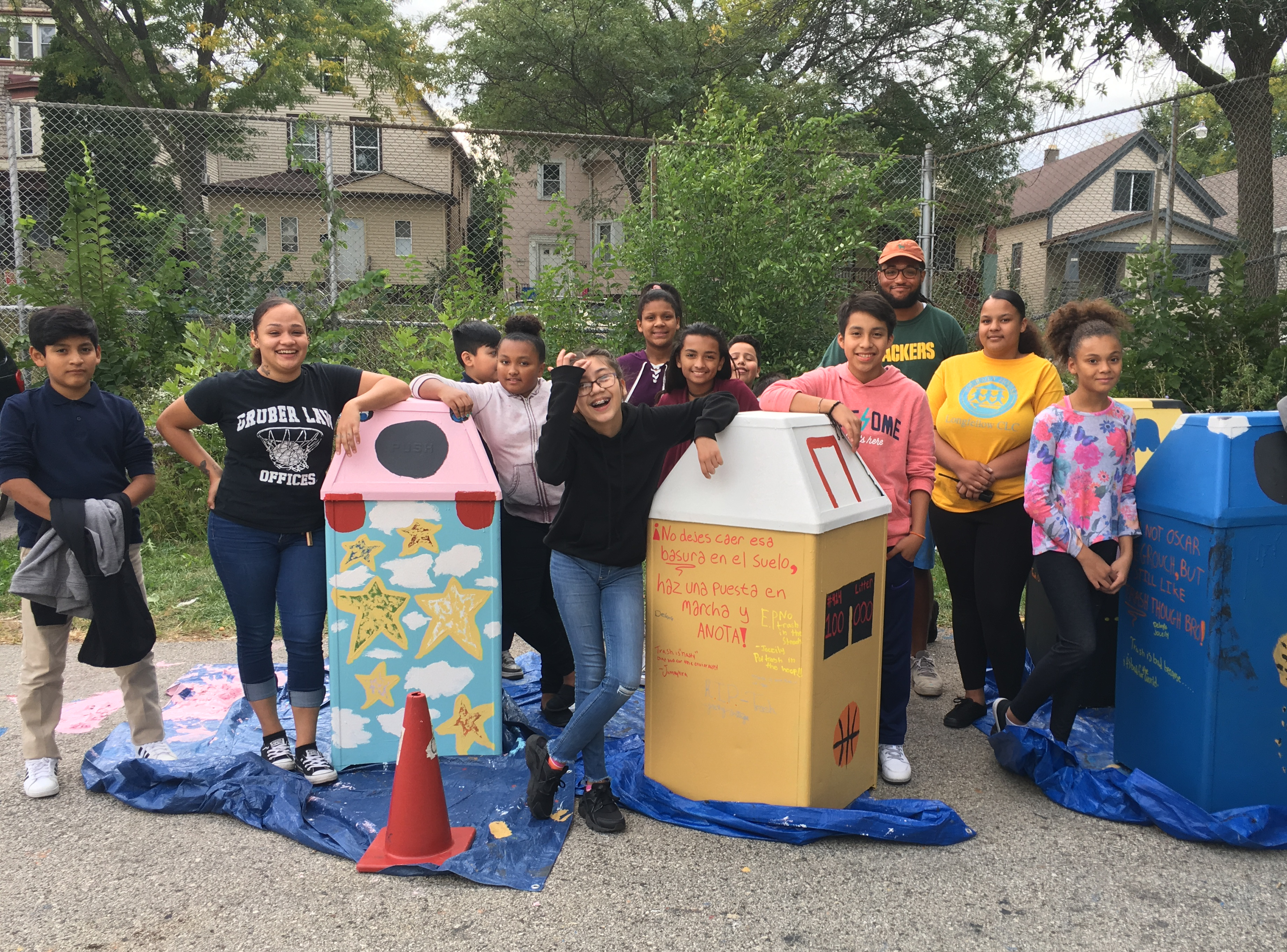 Garbage isn’t usually associated with the word “beautiful.” The vibrant murals spread throughout Clarke Square are a stark contrast to the trash that blows past schools and homes on a windy Milwaukee day.

Each can has a message in English that speaks out against littering. The Cookie Monster can says, “I’m not Oscar the Grouch but I still like trash though, bro!” On the opposite side of each can the phrase is translated into Spanish. Clarke Square has a high percentage of Spanish- speaking residents.

Organized by Safe & Sound, the Department of Public Works and Journey House, the Beautiful Garbage initiative originated at a monthly meeting at Journey House with community members and police officers. The group was discussing various issues in the community, including littering.

“In that meeting I kind of brainstormed ideas, and I said, ‘What if we made trash cans that are attractive so that people want to throw trash away?’” asked Myron Edwards, District 2 youth organizer at Safe & Sound.

Edwards said that litter in a community can affect the psyche of a neighborhood. 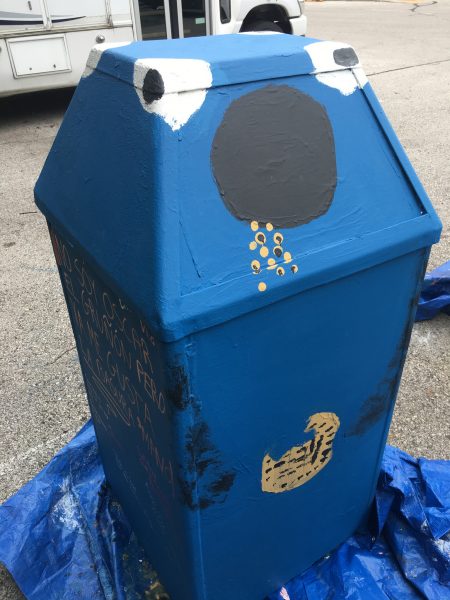 The Cookie Monster garbage receptacle was painted by youth from Journey House. The can reads, “I’m not Oscar the Grouch but I still like trash though, bro!” (Photo by Myron Edwards, courtesy of Safe & Sound)

“People litter because they don’t see their area as actually belonging to them,” said Edwards. “So if that psyche is reframed and people didn’t litter so much there would definitely be more pride and ownership of one’s community.”

Quentin Prince, director of youth leadership and student success at Journey House, doesn’t want people to view Clarke Square as a rundown area that has a lot of garbage.

“I’m hoping this project spurs some kind of movement in the area,” said Prince. “Involving the youth gives them a sense of ownership. They feel like their voices are heard.”

Edwards added that painting the cans was a stress reliever for some of the kids. “On the first day when we finished, a lot of the kids didn’t want to leave,” he said.

After another day of painting, some of the kids took off their gloves and threw them on the ground. Frustrated, Edwards explained that the gloves laying on the ground defeated the purpose of the project.

“I think especially for a lot of young folks when they litter, they think, ‘Oh it is just garbage. Someone else will pick it up,’” said Edwards. “This experience shocked them.”

Prince added that before the project some of the youth thought that littering doesn’t have an effect on the community.

The Department of Public Works donated the five garbage receptacles for the project.

Walton added that DPW maintains control of the containers and decided to place the cans throughout Clarke Square at parks and schools. The garbage receptacles were unveiled recently at Chase Bank, 1337 S. Cesar E. Chavez Drive.

“The project was a fun opportunity that a lot of kids don’t get to do,” said Jayden Krohn, 15, a student at Longfellow School.

The youth involved in the project also see Prince as a mentor.

“I’ve known Prince since I was 10. He really wants kids to be involved,” said Antonio Ponce De Leon, 16, who attends Longfellow School. “He’ll always have my back and my siblings’ back.”

When the garbage cans were completed, Edwards had the kids sign each can and write a message explaining the negative effects of trash and pollution. He said that this final touch gave the youth an increased sense of ownership of the project.

“Youth really are our future,” said Edwards. “I think a lot of times our society doesn’t understand that we have to build our youth as strong as we can so that it has positive repercussions for everyone.”

Cacy Masters, associate director at Safe & Sound, said it is important to engage young people to help them understand that they are community leaders and can have an impact like anyone else.

“If we can get them engaged early, we are helping to mold and encourage future generations of adult residents, alderpersons and city officials who can continue to make an impact for generations,” said Masters.