Delmar Williams stands on the sidelines of the basketball court at his former high school watching his players at the new North Side location of the men’s Midnight Basketball League. He cheers as a player, who he coached last year on the South Side, drives to the hoop and scores a basket.

Williams, who attended the Barack Obama School of Career and Technical Education, is a patrol sergeant at the Milwaukee Police Department.

“The idea was to create a league that would give young men an opportunity to release some stress and energy in a very productive way that would keep them off the streets during our critical hours,” said Williams.

Mark Briggs, recreation supervisor for the Milwaukee Public Schools, said that the league was started in the 1990s as the “In the Paint Midnight League” and was shut down in the early 2000s. Briggs, who grew up in the Sherman Park neighborhood, played in the league until 2001.

The league, which now consists of men ages 17 to 25, was reopened in 2017 by a partnership that includes the City of Milwaukee, MPS, MPD, the Milwaukee Health Department, Milwaukee Fire and Police Commission, the Milwaukee Bucks, the Milwaukee Fatherhood Initiative and Running Rebels. Another sponsor of the league is the MPS C.A.R.E.S. initiative, a project aimed at increasing community engagement and recreation among children and young adults.

“[The Midnight League] is MPS working with the MPD and working with the community to forge this bond that should be there and should have been there a long time ago,” said Williams. “We’ve got some great things going on.”

Tyrone Lewis, a 23-year-old player in the Midnight League, said that it helps him and his peers better themselves.

“[The league] is really trying to help young black men and single fathers get their life together,” he said. “A lot of people in the league that I knew while growing up are starting to mature a lot.” 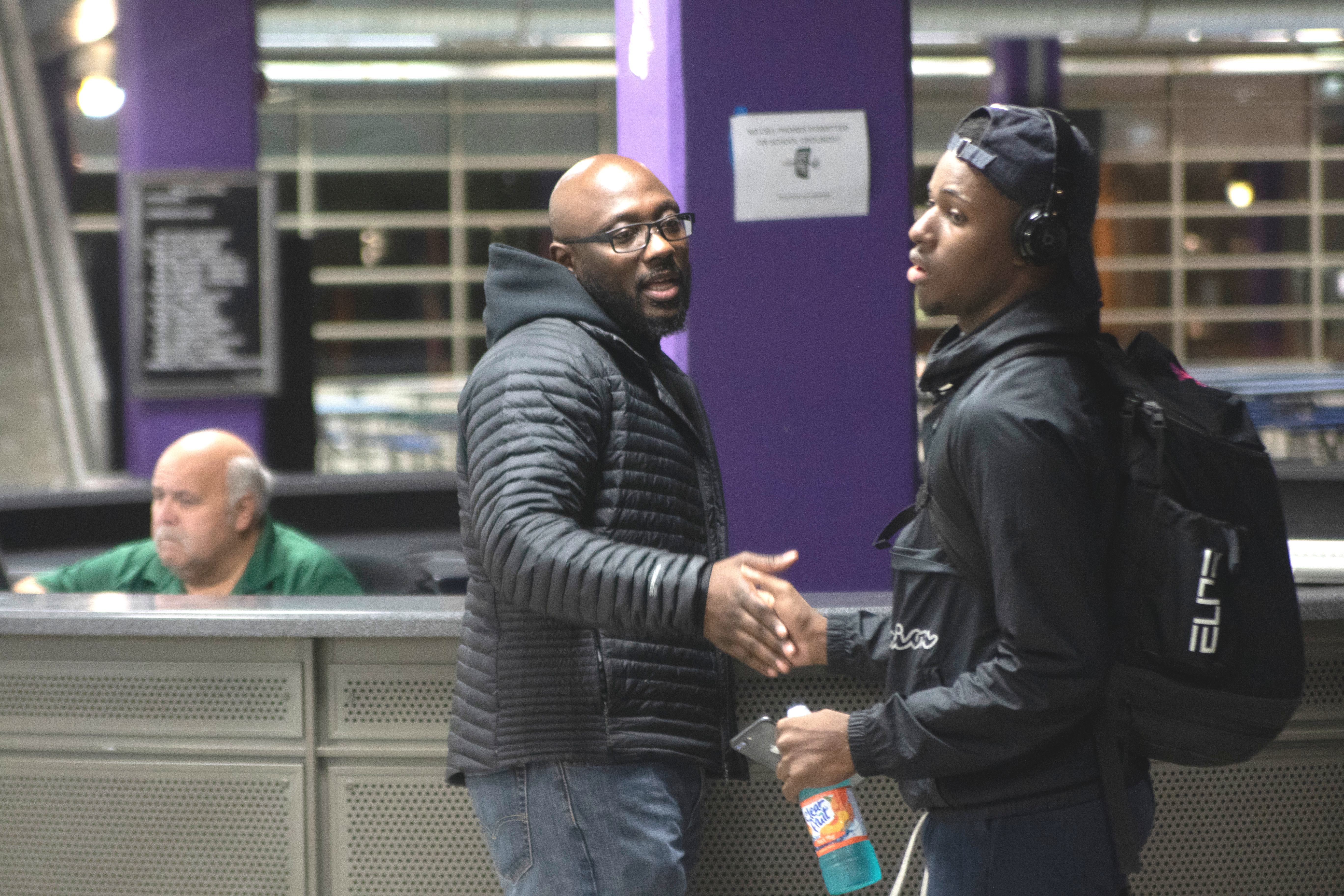 When it reopened, the Midnight League played solely at Bradley Tech High School in Walker’s Point. According to Briggs, there were about 80 players. Since the league opened its North Side site this year, numbers have increased to about 120 players at each location.

“I think this league is more focused on the 17- to 25-year-olds because that is the kind of disconnected age group,” said Briggs. “There’s a lot going on in that age group in our city and we’re trying to give them a positive place to go.”

Michael Williams, 19, said he thinks of Briggs as an uncle, and the league has been beneficial to him.

“Getting a chance to play basketball for an hour or two is keeping me from being out on the streets or hanging out with the wrong people,” he said. “I’m doing something positive and that’s why I’m really playing in [the league].”

In addition to providing the young men with a safe place to blow off steam with their peers, the league offers enrichment sessions that include mentorship and resources on how to better themselves. Every player in the league must go to an enrichment session before his basketball game begins. Natasha Dotson, project director for the Milwaukee Fatherhood Initiative, teaches these enrichment sessions, along with Williams and Briggs.

“I’ll ask the guys, ‘what are your biggest barriers?’” said Dotson, who listed the top responses as health care and insurance, employment, child support and custody, criminal record — including expungement — driver’s licenses, housing, transportation and education.

Dotson addresses these topics in the enrichment sessions. She said that the Fatherhood Initiative specializes in employment and training.

“We work really closely with the Social Development Commission (SDC),” she said. “They provide our employment and training depending on what the guys want to do.”

Dotson said that SDC works with the Fatherhood Initiative to pair players with jobs that fit their interests.

“Say, for instance, if [the players] wanted to get into the construction field,” said Dotson. “The SDC has this YouthBuild component for the guys their age.” Fatherhood Initiative participants are given preference for the program.

These enrichment sessions also allow the players to form bonds with the police.

“We brought the police that are on staff here to do enrichment sessions for us,” said Briggs. For example, they discussed the 10 things to do if someone is pulled over by the police.

Williams was on the forefront of getting MPD involved with the Midnight League. He often acts as a mentor to his players.

“I actually lend myself out as a personal resource to these young men,” said Williams. “They pull me aside [and say], ‘Hey, coach I’m going through this. What do you think I should do?”

Briggs sees the league as a way to teach young men valuable skills and keep them out of trouble, but he also sees it as a way to benefit young men in Milwaukee as a whole by encouraging them to take part in working with programs like MPS C.A.R.E.S. and the Fatherhood Initiative.

“A lot of the (Fatherhood Initiative) summits are top-heavy with guys that have been around for a while. We’re trying to reach that 25-year-old group,” he said. “We want to have all faces at the table.”

The league runs through Nov. 8 on the North Side and Nov. 10 on the South Side.