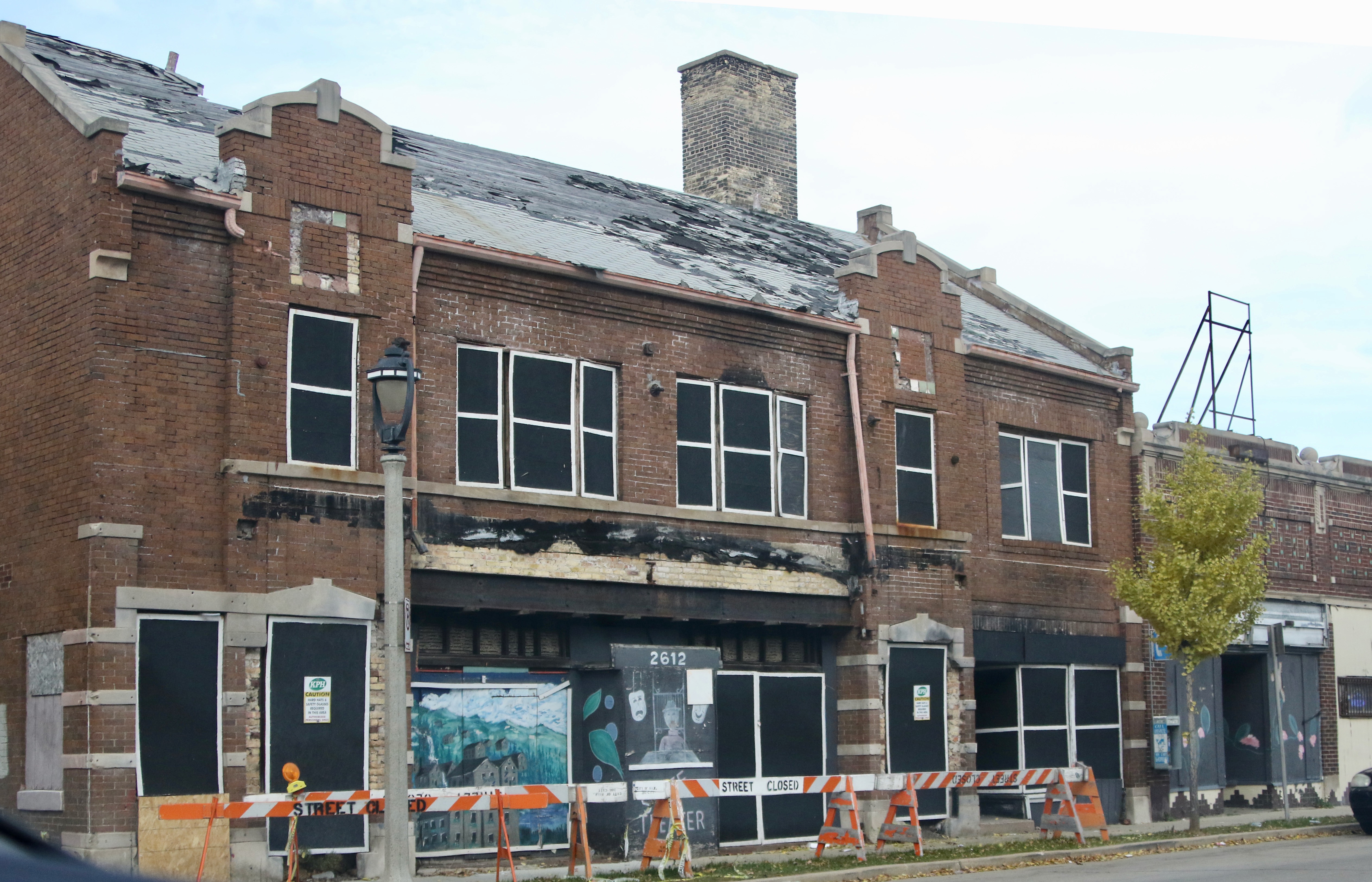 The future home to the New State Theater, located at the corner of 27th and State streets. (Photo by Max Nawara)

The Milwaukee Zoning, Neighborhoods and Development Committee has passed a resolution to allow a team of developers to purchase an abandoned theater on Milwaukee’s Near West Side. Approval is still needed from the Common Council and the mayor, but developers are already gearing up to purchase the building as the home of the New State Theater. The Common Council is scheduled to vote on the matter on Nov. 27.

The theater, located on the corner of 27th Street and State Street, will be an all-ages music venue with a focus on teaching young musicians about sound recording, playing musical instruments and working in the music industry. The backers of the project are raising $2.5 million for renovations to the building and an additional $1 million to support West Side Arts Unlimited, a nonprofit organization behind the project’s education and training program.

Janice Vogt, a co-founder of FREESPACE Milwaukee, a partner on the project, said she’s excited about the opportunities that the theater will bring to the Near West Side.

“[The project] will become an economic driver for the area,” she said. “We’ll be servicing a group that can’t be serviced elsewhere in the city. We’re hoping to bring a lot of youth and excitement to the neighborhood, just bringing more life to that area of the Near West Side.”

Vogt, who said the project has become “my baby,” co-founded FREESPACE in 2015 to give local musicians of all ages a place to network, perform and learn about the business. She said FREESPACE has been a huge success, but she noticed that Milwaukee lacks a physical space dedicated to this expression of the arts. 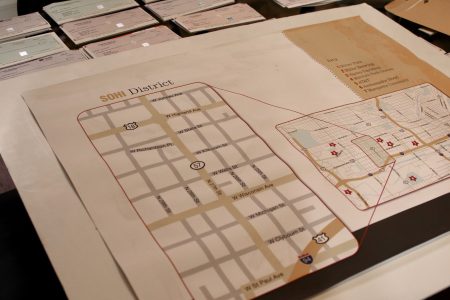 – The New State Theater is located in the SOHI district of the Near West Side. (Photo by Max Nawara)

FREESPACE is a monthly concert series held at The Jazz Gallery Center for the Arts in Milwaukee’s Riverwest neighborhood. The goal of FREESPACE is to connect youth with Milwaukee-based artists and musicians to encourage free thinking and dialogue.

“We’ve had so much fun and success doing FREESPACE,” Vogt said, noting that Milwaukee has fewer and fewer all-ages venues. “There are so many young artists who want to get involved and do more things, but the opportunities just aren’t there.”

This realization led her to start working on the business plan for a FREESPACE venue in August 2017. So, when the New State team — consisting of developer John Hennessy, architect Allyson Nemec and record label owner Dima Pochtarev — reached out to her, she was ready to start moving forward. Together, they started West Side Arts Unlimited.

As the lead developer on the project, Hennessy has big plans.

“We’re going to do a complete historic renovation on the theater,” he said. “There will be 400-plus seats and three recording studios in there. Mammyth audio, which is a for-profit recording studio, is going to be moving their business there. There’s also going to be classroom space and a store for performers to sell T-shirts, hats and CDs.”

The theater, which hasn’t been used in about 20 years, was built in 1915. Originally, it showed silent movies. After some time, it became a dance club and eventually turned into different music venues such as the Electric Ballroom and the Palms in the 1980s. These venues hosted punk-rock groups such as AC/DC, Metallica, the Ramones and countless others as they were becoming famous. Eventually, the owner passed away and a strip club, called Hoops, opened up. The neighborhood didn’t support the strip club, so the building closed down and sat vacant.

The theater, which is two stories tall and has 10,000 square feet, caught fire in February 2017. According to Hennessy, the city planned to tear the building down. He organized the New State Theater project and the team that is now setting out to purchase the theater and surrounding empty lots.

“There’s three land parcels: the one that has the theater on it, the alley behind it and a vacant lot where we’re going to put a pocket park, said Hennessy. “The idea is that there’s going to be a stage there. It’s all going to be very music oriented.”

Local hip-hop artist Elijah Herriges, who goes by the stage name Dubb Saq, said he wishes that Milwaukee had something like the New State Theater when he was growing up.

Herriges, 18, has been performing with FREESPACE for a year and a half. He said he’s excited to see it expanding beyond its home in Riverwest and wants young people, like himself, to take advantage of this opportunity.

“When I found FREESPACE I kind of kicked myself for not going to it earlier,” he said. “I believe it’s helped me grow as an artist because you’re surrounded by other creativity. You leave with something. There’s energy there.”