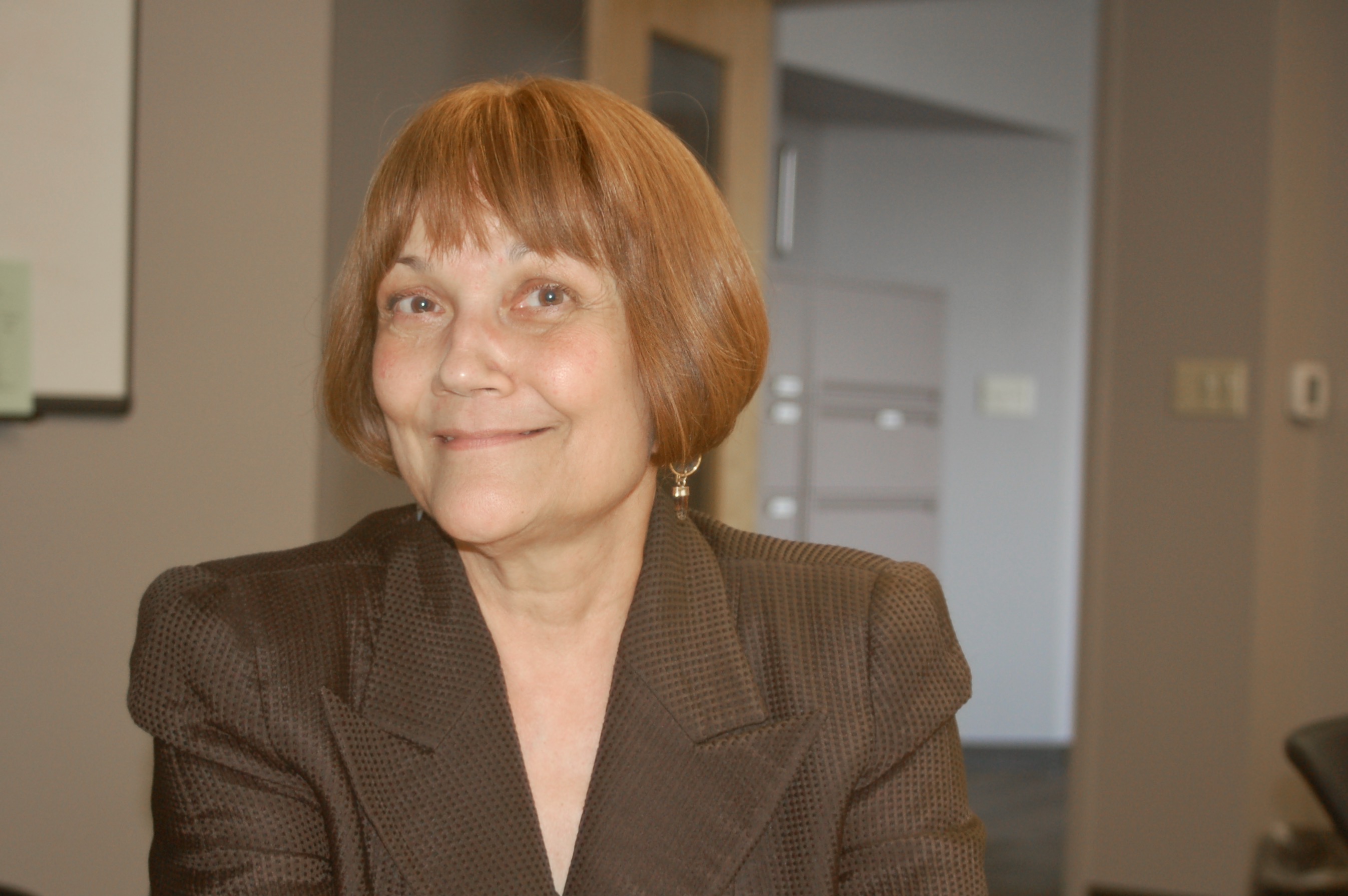 Susan Lloyd came from Chicago in 2008 to lead the Zilber Family Foundation. Last July, she stepped down from that position but continues to live and work in Milwaukee. (Photo by Andrea Waxman)

Editor’s note: This article is one of an occasional series profiling the 12finalists for the Milwaukee Awards for Neighborhood Development Innovation (MANDIs). Susan Lloyd is a finalist for the Northern Trust Navigator Award, which recognizes individual leadership.

Danell Cross remembers that she and Susan Lloyd, then executive director of the Zilber Family Foundation, exchanged a hug the first time they met in 2012.

“When Susan walked in, I knew she was some type of big shot but she made me feel really comfortable,” said Cross, an organizer and community leader in the Metcalfe Park neighborhood.

“And I thought she was really jazzy, the way she walked with confidence; she reminded me of my mother,” Cross said.

While building their relationship as partners in the Building Neighborhood Capacity Program, a federal initiative to enhance resident leadership skills, Lloyd always listened to Cross and respected her capacity to understand the complexities of their work, Cross said, adding, “Not everyone in (Lloyd’s) position did that.”

Lloyd, who stepped down in July after a decade at the foundation’s helm, brought extensive community development experience to Milwaukee in 2008. That’s when the late philanthropist, Joseph Zilber, chose her to lead his family foundation and implement the $50 million Zilber Neighborhood Initiative in three underserved central city communities. That, together with her knowledge, skills and passion for improving racial equity, helped Lloyd place an indelible mark on the city and leave a roadmap for future philanthropic leaders, her colleagues said. 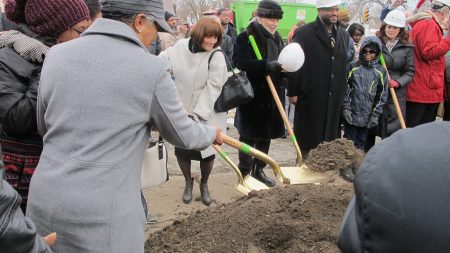 Susan Lloyd (in white coat) participates in a groundbreaking ceremony for the Innovations & Wellness Commons in Lindsay Heights in 2015. (Photo by Andrea Waxman)

Between 2008 and 2018, Lloyd led the Zilber Neighborhood Initiative in investing more than $50 million in the Lindsay Heights, Clarke Square and Layton Boulevard West neighborhoods. The foundation also leveraged more than $100 million from other funders to support the work of residents and neighborhood leaders in carrying out goals they established through a comprehensive community planning process.

Among her strengths as a grantmaker is Lloyd’s ability to build relationships, said Carmen Pitre, president and CEO of the Sojourner Family Peace Center. Lloyd continued Joe Zilber’s support of the center’s anti-domestic violence work and worked closely with Pitre for a decade, Pitre said.

According to Gina Stilp, who started her foundation career working for Lloyd at Zilber and succeeded her as executive director, Lloyd “has not only been a mentor to our staff but … takes time to mentor other leaders in Milwaukee.”

Lloyd always asked new Zilber hires, “‘What are you interested in? What are your professional goals? How can I help you get there?’” Stilp said.

Cross agreed that Lloyd is generous with her time and energy. The two shared countless meals during which Cross said she took notes because she always learned something.

Added Ellen Gilligan, executive director of the Greater Milwaukee Foundation,“Her collaborative approach and her leadership style with regard to advancing everyone’s learning and the capacity of the entire community will have long-lasting impact.”

When Lloyd was growing up, her father’s work took the family around the country, but they landed in the Chicago area. Upon graduating from North Central College in Naperville, a Chicago suburb, Lloyd taught high school English for a short time. Then she had an epiphany: “Even I can’t teach ‘Lord of the Flies’ six times a year for the rest of my life,” she said. She moved on to work in the nonprofit sector for a decade.

Lloyd earned her doctorate from Northwestern University. She conducted the first randomized study of the effects of abuse on women’s employment.

Before coming to Milwaukee, Lloyd led a project to transform Chicago’s public housing and the New Communities Program for the MacArthur Foundation. Like the Zilber Neighborhood Initiative, NCP invested $50 million in neighborhood revitalization. She brought her experience working in 14 Chicago neighborhoods to Milwaukee, where she implemented many of NCP’s strategies, including the use of a Quality of Life planning process and a deep commitment to resident leadership.

She also promoted an asset-based philosophy. “I think Susan has been influential in Milwaukee in building a community of supporters that looked at … the places we were working in as neighborhoods of opportunity instead of neighborhoods of distress,” Stilp said.

Lloyd’s love of books, study and knowledge are legendary in the local philanthropy and neighborhood development communities. Her staff teased the one-time English teacher about her writing standards and vast library at a recent party marking her departure from the foundation.

Stilp noted that Lloyd was instrumental in creating the Community Development Alliance, a partnership that includes representatives from banks, city government, philanthropy, nonprofits and health institutions. “It is rare to have such a large and varied number of partners coming together to address community issues in such a meaningful way,” Stilp said.

Connecting people is a particular talent of Lloyd’s, according to many who have worked with her.

“I think what Susan is best at [is] bringing together people who are doing the work, and stakeholders who need to understand the work that’s being done,” said Pitre.

For most of her 10 years at Zilber, Lloyd expected that she would return to Chicago after she left the foundation. However, when the time came to decide, she realized the city had taken hold of her affections.

She will stay and continue working to advance social justice through her consulting company and volunteer projects. She hopes to have a diverse portfolio of clients from Chicago and Milwaukee, and to do more writing and “delving deeply into something,” she said. Her adult son Nick also has made Milwaukee his home.

“When I thought about the relationships I have developed with people in Milwaukee, I realized how important they are to me,” she said.

Lloyd noted that she has joined the volunteer board of a new nonprofit, Working in Tandem, which will support chef Caitlin Cullen’s trauma-informed approach to employing local young people at the Tandem restaurant, 1848 W. Fond Du Lac Ave. Lloyd said that Working in Tandem aims to raise resources to pay the young peoples’ wages “for however long it takes to get the skill set they need to get employment.”

Pitre said that Lloyd is brilliant, but her intelligence doesn’t override her deep sense of humanity. “She’s always put what’s good for people before everything else.”