You are here: Home / Home / Carousel / Running Rebels’ vision: To see the best in kids, even if they don’t see it themselves
Share this... 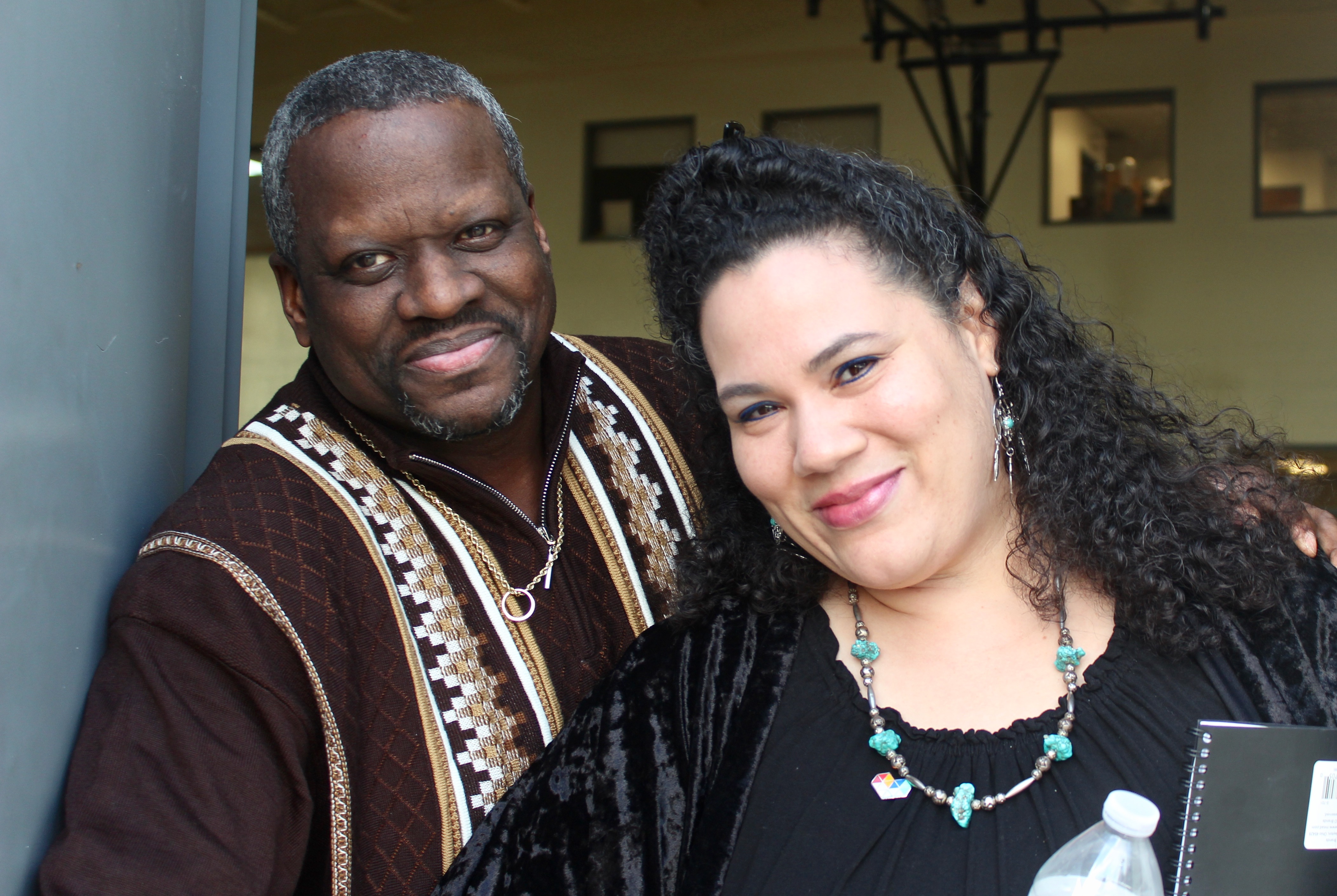 Victor and Dawn Barnett serve more than 1,500 youths a year through an array of programs, including a gym at Running Rebels East, 225 W. Capitol Dr. (Photo by Allison Dikanovic)

Editor’s note: This article is one of an occasional series profiling the 12 finalists for the Milwaukee Awards for Neighborhood Development Innovation (MANDIs). Running Rebels is a finalist for the BMO Harris Cornerstone Award, which recognizes commitment and effectiveness over time.

Davonte (Dae) Hill recalls the day he stood in front of a judge as a 16-year-old. He was given two options: serve time in a detention center or get connected to a program at Running Rebels Community Organization.

Hill knew some kids who played on the Running Rebels basketball team, so he chose the latter.

Ten years later, Hill is a full-time employee at Running Rebels. He is a youth adviser as part of an in-school program called Violence Free Zones, the head engineer of the entertainment program and a basketball coach, but the title he prefers is “mentor.”

“I think being a mentor is understanding the youth that we serve, taking them under our wings and unlocking their potential, because we see their lives from a different scope and perspective than they see their own lives,” Hill said.

He said the young people he works with know he came from a similar environment and seeing him doing fulfilling work helps them earn their trust.

When Hill first came to Running Rebels, Victor Barnett, founder and co-executive director, saw that kind of potential in him.

“He saw that I could be a leader,” Hill said of Barnett, who saw his interest in music and connected Hill to the entertainment and leadership programs. After his court order was up, Hill could have left Running Rebels, but he didn’t. 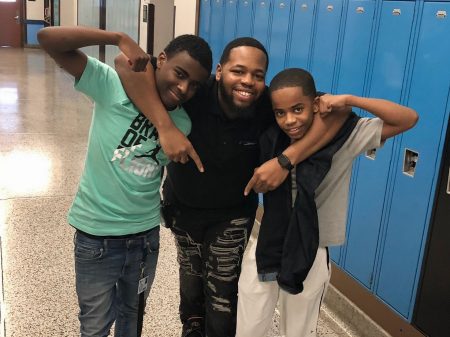 Barnett said that’s the point of his organization.

“It’s about activities and programming geared to connect young people to something positive to do that they might become passionate about,” he said. “To keep their attention on that, to steer them away from some of the everyday pressures they have.” Some youth get plugged into Running Rebels through the justice system, but many choose to participate freely.

“Coming down here is like Thanksgiving every day,” Hill said. “Every year we wait for that one day to go be around all the family, but you get that same feeling here on a day-to-day basis.”

Barnett first started mentoring young men in his neighborhood through basketball in 1980. More than 38 years later, he and co-executive director Dawn Barnett have expanded their programs in response to the needs and interests of the youth they work with. They now serve more than 1,500 youth a year.

When young people needed somewhere to go after school and in the summer, they started programs for them. They recognized a need to help young people in detention centers to transition home and make better choices. They’ve now been partnering with Milwaukee County and others involved with the youth justice system for more than 20 years, and say they have saved the county more than $80 million by preventing youth incarceration.

“Victor and Dawn were way ahead of the curve of youth justice work,” said Mark Mertens, administrator of the Milwaukee County Division of Youth and Family Services. “They were recognizing early on the importance of engaging youth and helping then find meaning.”

When the Barnetts saw that basketball was a consistent interest for youth, they took their program to the next level with competitive AAU teams. In 2017, they opened up the East location, 225 W. Capitol Dr., and for the first time got their own gym.

Running Rebels’ entertainment program has its own recording studio and has continued to grow, teaching sound engineering, videography, production and marketing. The catering company offers youth an opportunity to learn culinary skills and entrepreneurship.

The Barnetts partnered with Milwaukee Public Schools to put mentors in schools during the day to mediate and support students through Violence Free Zones, which has been proven to decrease behavioral incidents and suspensions.

The evolution of Running Rebels has taken many shapes — violence prevention, workforce development, college preparation — but they all come back to mentoring.

“Quality mentorship is at the backbone of when you hear ‘it takes a village to raise a child,’” said John Rankowski, director of prevention programs. “It’s all about relationships.”

Running Rebels does not take these relationships lightly. Dawn Barnett said that the organization hires staff who are dedicated to their young people’s wellbeing, even when it may be inconvenient.

Hill acknowledged that these relationships were invaluable to him. “I reached a point in my life where I had lost a lot of friends, due to crime or passing… and I kind of evaluated their lives, and I noticed the absence of positive people looking out for them,” Hill said. Out of the 10 friends Hill hung out with when he was arrested, only four are still alive, and two of those four are in prison.

“Beyond goals of decreasing violence or decreasing recidivism, we’re raising the bar in relation to positive things,” said Rakowski.“We talk about getting young people into a position where they’re accomplishing things… getting a young person in a position to want to and be willing to give back.”

This is what Running Rebels staff refer to as the “full circle effect,” when youth receive positive mentorship and then want to contribute to their community going forward.

“The goal is to …pour into somebody to the point where they can come back and help the next generation. That’s really what the full circle effect is for us,” said Dawn Barnett.

She said that with the added location, the organization is positioned better than ever to continue that cycle through people like Hill.

“It puts us in a space moving forward to be able to really dream big and think about our vision for young people in this city,” she said.