You are here: Home / Home / Carousel / Is Milwaukee safe? What you need to know about the city’s lead crisis
Share this... 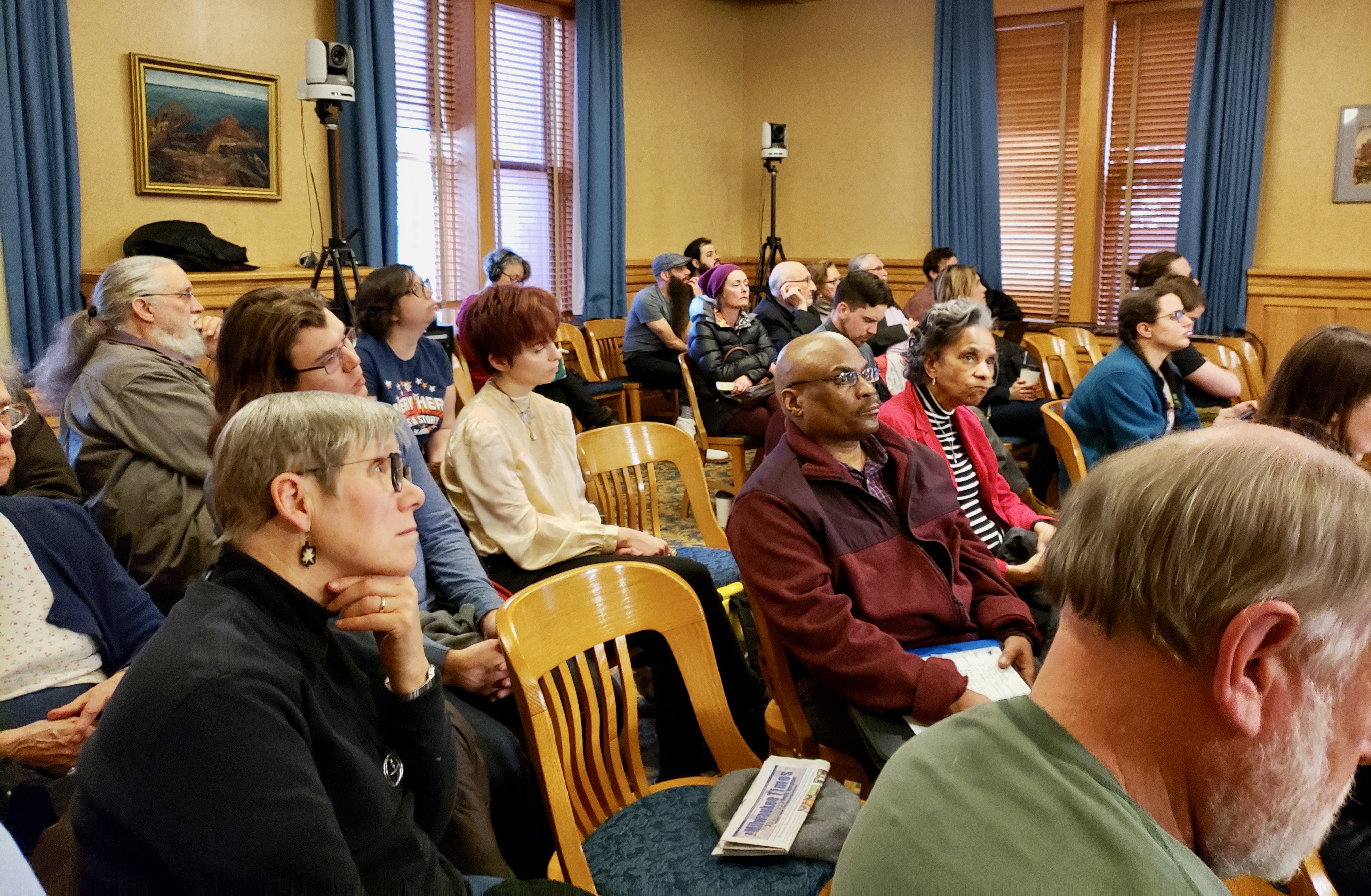 Is Milwaukee safe? What you need to know about the city’s lead crisis

Editor’s note:  This story has been updated to reflect the Public Safety and Health Committee will not be discussing lead at its meeting.

The accusation was simply damning.

Thomas J. Welcenbach, a mapping specialist and member of Get The Lead Out coalition, alleged during the Feb. 14 meeting of the Common Council’s Steering and Rules Committee that 40 infant deaths along a stretch of North Avenue from 2012 to 2016 could have been caused by lead exposure — with water being the source.

He also accused the city of doctoring maps to give residents the false impression that they were safe from lead exposure.

“You’re drawing an inference,” Ald. Robert Bauman fired back, directing his ire to the table where Welcenbach; Robert Miranda, spokesman for the Freshwater for Life Action Coalition; Paul Schwartz, a Washington D.C-based national lead and water expert; and others sat. Bauman challenged the group to provide stronger evidence to back up its allegations.

Miranda responded: “We’re asking the city to provide data to put these concerns to rest; the people want to know.”

The issue of lead poisoning continues to be a magnet for controversy in Milwaukee, where more than 1 in 10 children tested in 2016 had blood lead levels above 5 micrograms per deciliter. That’s the point at which the Centers for Disease Control and Prevention recommends public health officials act.

Here’s some things you need to know about the lead controversy in Milwaukee.

How did we get here and where we are now?

In 2016, Mayor Tom Barrett announced an increase in funds and plans to eventually replace all lead laterals in Milwaukee. Among the first targets were to be day care centers, though those efforts have been hampered by disorganization. In December 2017, the Common Council voted to strengthen its response to the threat of lead exposure.

Despite opposition from Barrett, the Common Council, appointed Patricia McManus as interim health commissioner in February 2018. McManus was replaced by current commissioner Jeanette Kowalik in September. The department is dealing with local, state and federal investigations related to its lead program. Kowalik is in the progress of reorganizing several departments within the Milwaukee Health Department, including the Childhood Lead Poisoning Prevention Program.

Kowalik also recently helped support the creation of a new board of health to increase transparency and ensure that state laws are being followed, among other tasks. Barrett allocated $20 million in the 2019 budget to lead follow-up, abatement and to fund additional staff for the lead prevention program. Recently, Gov. Tony Evers announced a plan to include $70 million in funding to create a forgivable loan program for municipalities to fund lead water pipe replacement.

What is lead and how can it harm you?

Lead is a naturally occurring element that is found in products such as paint, gasoline, plumbing materials and batteries. Exposure can be toxic. Though lead poisoning can occur in adults and also is dangerous for pregnant women, it’s most common and damaging to children.

According to the Centers for Disease Control and Prevention, there is no safe blood-lead level for children. Lead poisoning in children may result in developmental delays, learning difficulties and a host of other problems. Because lead exposure often occurs without obvious symptoms, it can easily go unrecognized.

The Milwaukee Health Department Childhood Lead Poisoning Prevention Program recommends that children be tested three times before the age of 3. The city’s Lead Poisoning Prevention Program is responsible for providing follow-up care for children who test with high lead levels and for identifying the source of contamination by completing a lead inspection and risk assessment. But the program has come under fire for not following the state’s lead testing guidelines and for the care of children with elevated blood lead levels.

Is Milwaukee’s water safe from lead?

The city has maintained that its water meets all federal guidelines. Lead is not found in Milwaukee’s public water system, according to a statement on the Milwaukee Health Department web page. Critics have argued, however, that because water is tested at the treatment facility before it flows through lead service lines, the tests can’t determine if the water people drink, cook with and bathe in at home is lead-free.

The city has acknowledged that lead may dissolve from water service lines, especially when pipes are replaced or construction occurs. This is something water watchdogs have been saying for years. Barrett has stated that Milwaukee residents living in a building constructed before 1951 (an estimated 70,000 homes) should purchase a faucet filter that protects them from lead exposure.

Click here to learn if your home is served by a lead service line and here to find out if you qualify for a free water filter. Another tip to ensure your water is lead free is to flush your drinking or cooking water for several minutes before using.

The city has launched efforts to replace lead service lines with copper lines, a process that will take decades. According to data on the City of Milwaukee website, 621 lead service lines were replaced in 2017; 910 in 2018; and 65 so far this year. As of last year, the city still had more than 75,000 lead service lines. The cost of replacing the lines has been estimated at $750 million.

Who are the main critics of Milwaukee’s lead poisoning prevention efforts?

The list includes elected officials, community leaders, health advocates and others. The two most vocal groups are members of two local watchdog groups: Freshwater for Life Action Coalition and Get The Lead Out.

Members of Freshwater for Life Action Coalition have criticized the practice of replacing only the city-owned portion of the lead service line, which experts say can release loose lead fragments into the water stream and spike lead levels. The groups also have accused the city of downplaying the role of water in lead poisoning and have criticized the city’s efforts to examine the issue more thoroughly. The current stance by the health department and some city leaders, including Barrett, is that elevated levels of lead in children is primarily caused by exposure from paint, and not the water.

How can residents get involved?

The City of Milwaukee Public Safety and Health Committee meeting is at 9:00 a.m. Thursday, March 7 at City Hall in Room 301B. Freshwater for Life Action Coalition, Get The Lead Out and representatives from several city departments, including the health department and Milwaukee Water Works, will be at the meeting, according to Common Council President Ashanti Hamilton.