You are here: Home / Home / Carousel / City officials to address concerns over lead in water
Share this... 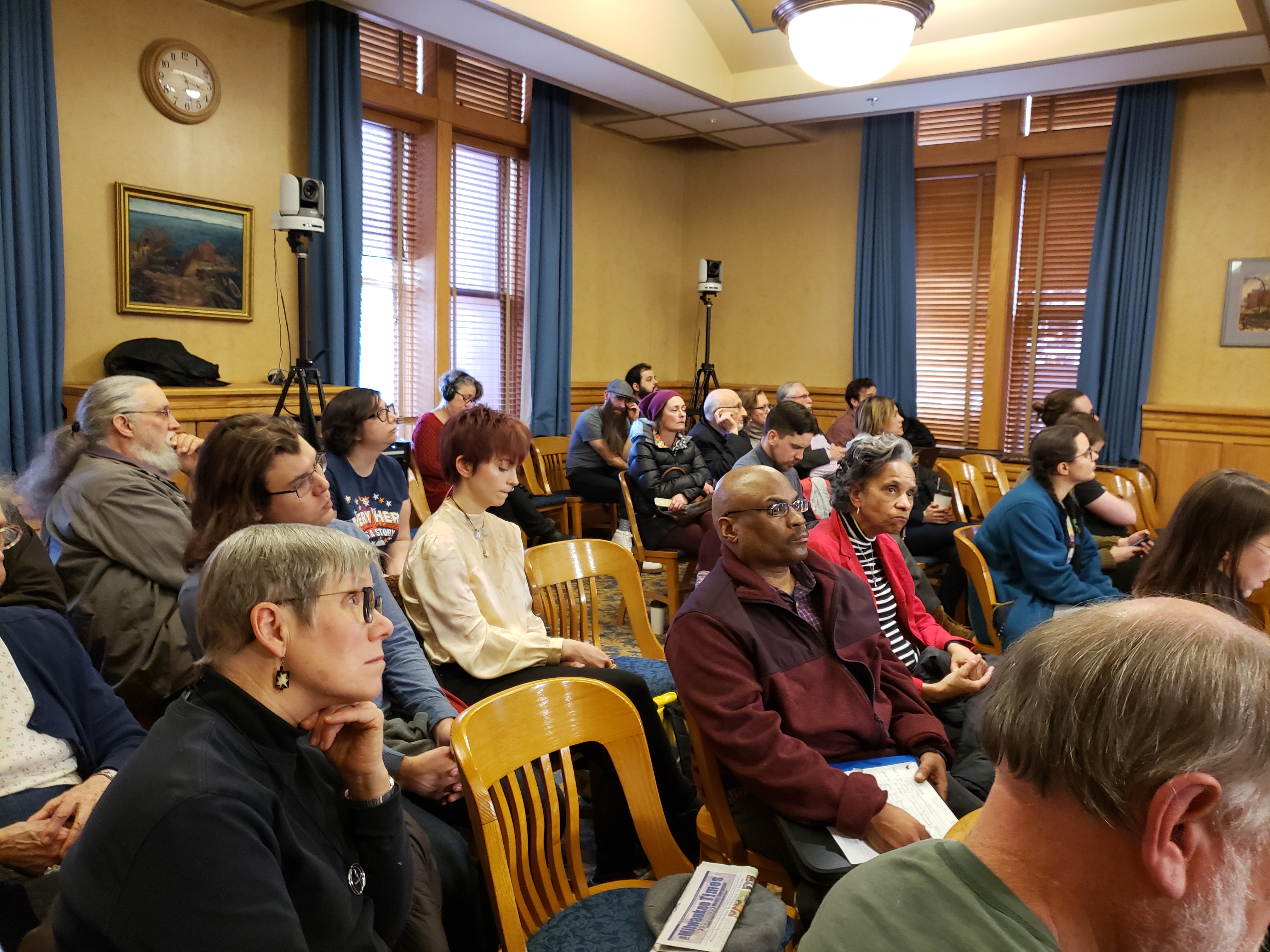 Spectators at City Hall listen intently to a presentation about lead poisoning in Milwaukee in February. (Photo by Edgar Mendez)

City officials, including representatives from the Health Department, Milwaukee Water Works and the Department of Public Works, will answer questions about lead in the water at 9 a.m. Friday, March 22 during a special meeting of the Common Council’s Public Safety and Health Committee at City Hall.

According to Ald. Bob Donovan, chair of the committee, “lead water issues have been a primary concern for many years in the community, and community organizations and public officials have been disappointed in the lack of response from city departments in addressing questions and concerns.”

Representatives of the Freshwater for Life Action Coalition and the Get the Lead Out are expected to raise concerns over whether the city is doctoring maps to give residents false impressions about lead, and whether a spike in infant deaths along North Avenue could have been caused by lead exposure.

The meeting, which will be held in Room 301-B at City Hall, 200 E. Wells St., is open to the public. You can also watch the meeting live on the City Channel (Channel 25 on Spectrum Cable and Channel 99 on AT&T U-Verse), or you can stream it live at https://www.city.milwaukee.gov/Channel25.