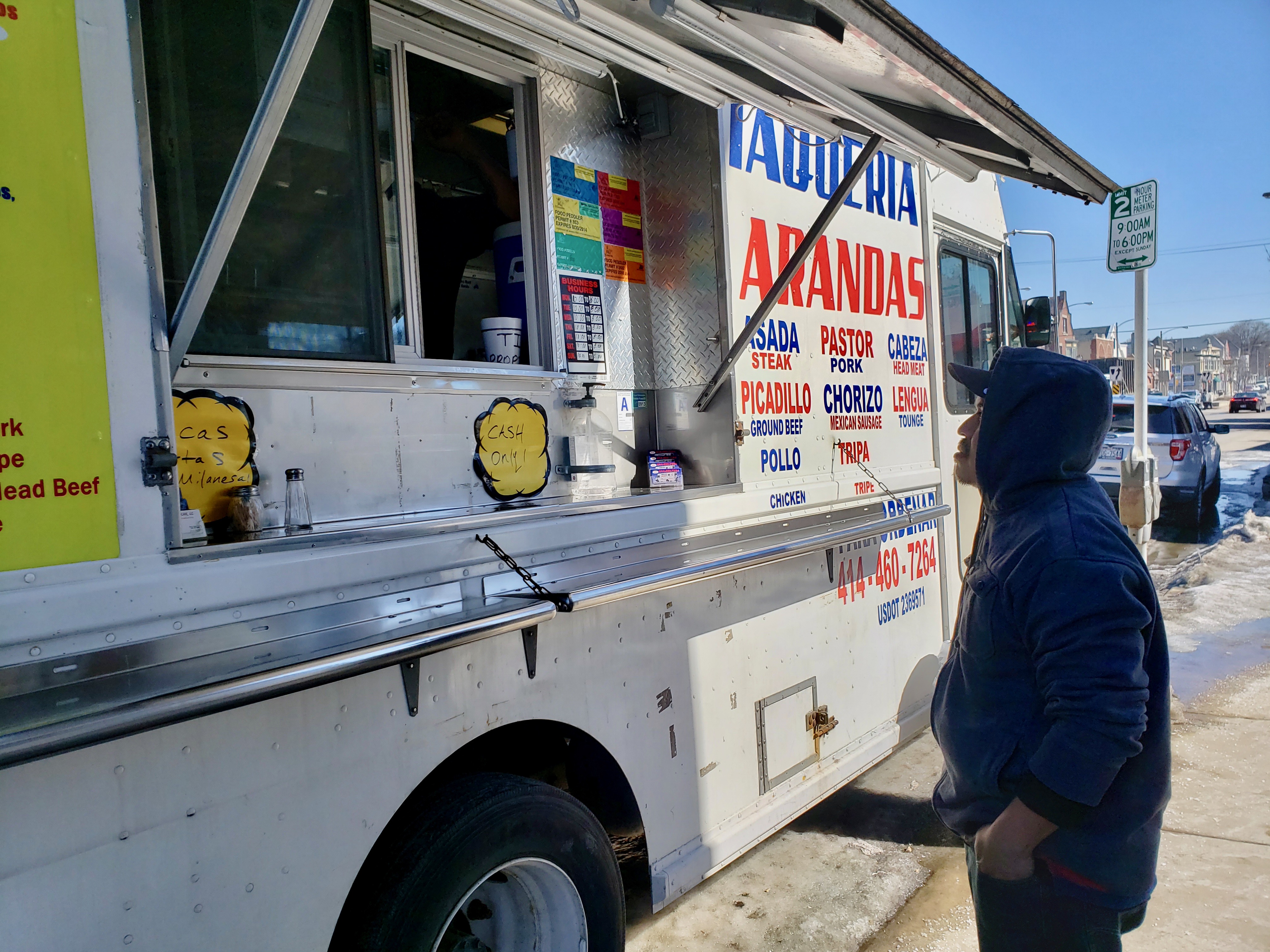 A customer waits for his food at Taqueria Arandas taco truck. (Photo by Edgar Mendez)

Alderman Bob Donovan said today he believes Common Council legislation prohibiting food trucks from operating along W. National Ave. is no longer needed, as an amicable solution has been found that satisfies his concerns.

Alderman Donovan, chair of the Public Safety and Health Committee, said he met with food truck operators on Thursday morning March 21 – along with Celia Benton of Layton Boulevard West Neighbors (LBWN) and the Silver City Business Association that operates along W. National Ave. – and a vacant lot was identified that will solve the issue near S. 36th St. and W. National Ave.

“A verbal agreement and handshake by all parties was made on Thursday morning March 21 at 11:45 a.m.,” said Alderman Donovan. “Today at 4:30 p.m., a written agreement was signed by these same parties.”

“The vacant lot will provide a good location for the food trucks and this particular issue now, in my mind, is solved,” Alderman Donovan said. “By working with the food truck operators, the impacted businesses along National Ave. and Celia Benton from LBWN (who represents the Silver City Business Association), we were able to solve this problem with a resolution that works for all concerned parties.”

The legislation authored by Alderman Donovan and approved by the full Council prohibits food trucks from operating on West National Avenue from South Layton Boulevard (S. 27th St.) west to the city limits (South 39th Street). “I would also like to thank my colleagues for their unanimous support, because I’m sure that it was the threat of a ban that led to all parties agreeing to this reasonable resolution,” Alderman Donovan said.

Alderman Donovan publicly thanks the two food truck operators, Celia Benton from LBWN, and the Silver City Business Association for their help to put the issue to rest.