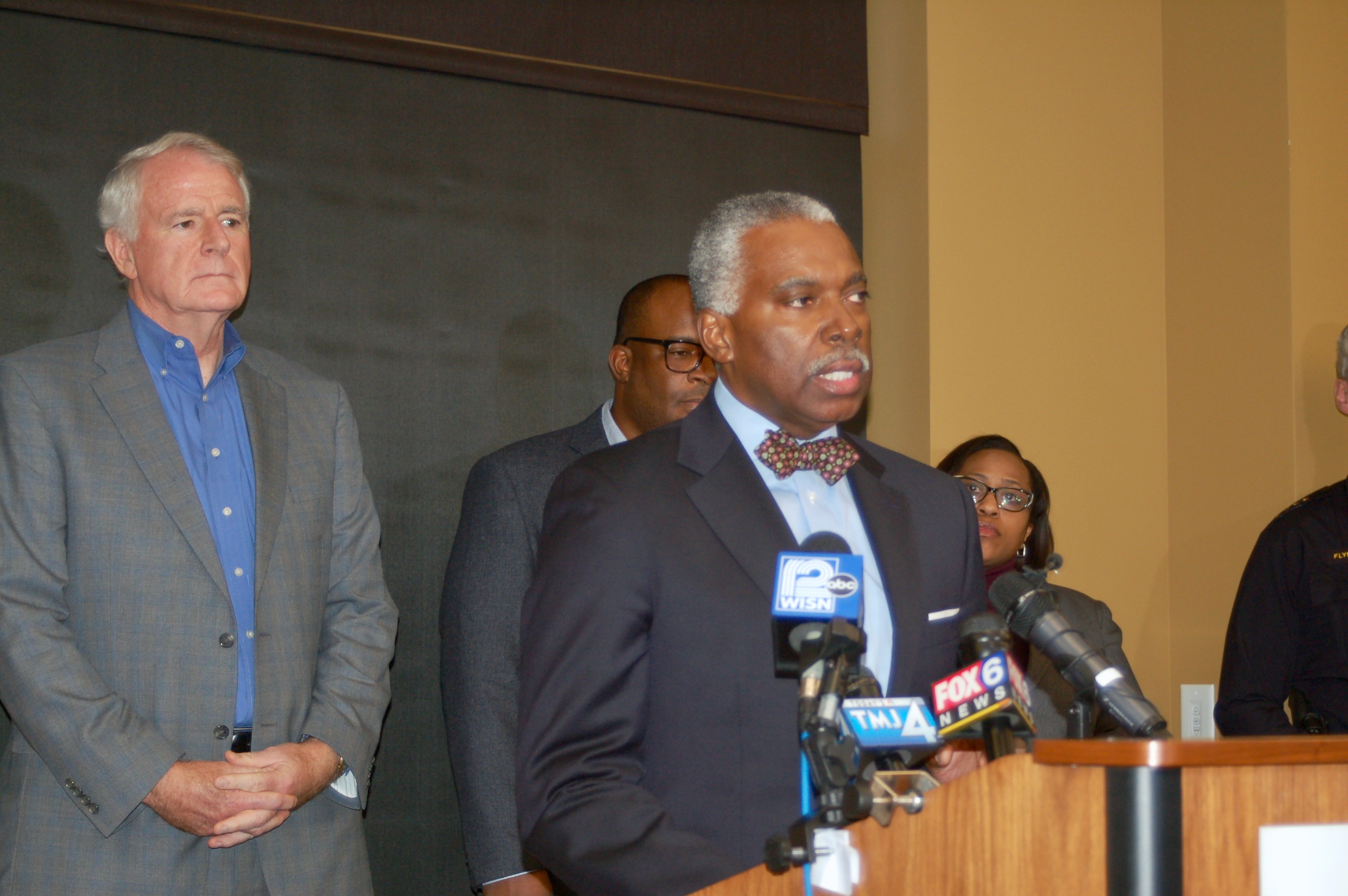 Health Commissioner Bevan Baker was forced to resign over his department’s handling of the city’s lead crisis. Officials say the problems occurred late in his tenure. (Photo by Andrea Waxman)

Two city leaders have asked the Milwaukee County district attorney to consider prosecuting health officials over their handling of the lead crisis.

“While we continue to wait for an audit of the Health Department to begin in the coming weeks, we also thought prudent to contact you and ask if there were any circumstances that you believe could rise to the level of prosecutable offense,” they wrote.

City officials say the problems occurred late in the tenure of ousted Health Commissioner Bevan Baker. Although no other health official was named in the letter, it did state that other top administrative officials were also to blame.

Earlier Monday, the members of Freshwater for Life Action Coalition and Get The Lead Out, two groups that have criticized the city’s handling of lead, called out Common Council members for not responding to questions they had after meeting with top health officials last month.

City officials said the groups’ information was “not factual or based on a current understanding of science.”

The city Health Department, the district attorney’s office and Mayor Tom Barrett did not immediately respond to an NNS request for comment.