You are here: Home / Home / Carousel / DA confirms ongoing investigation into Health Department over handling of lead
Share this... 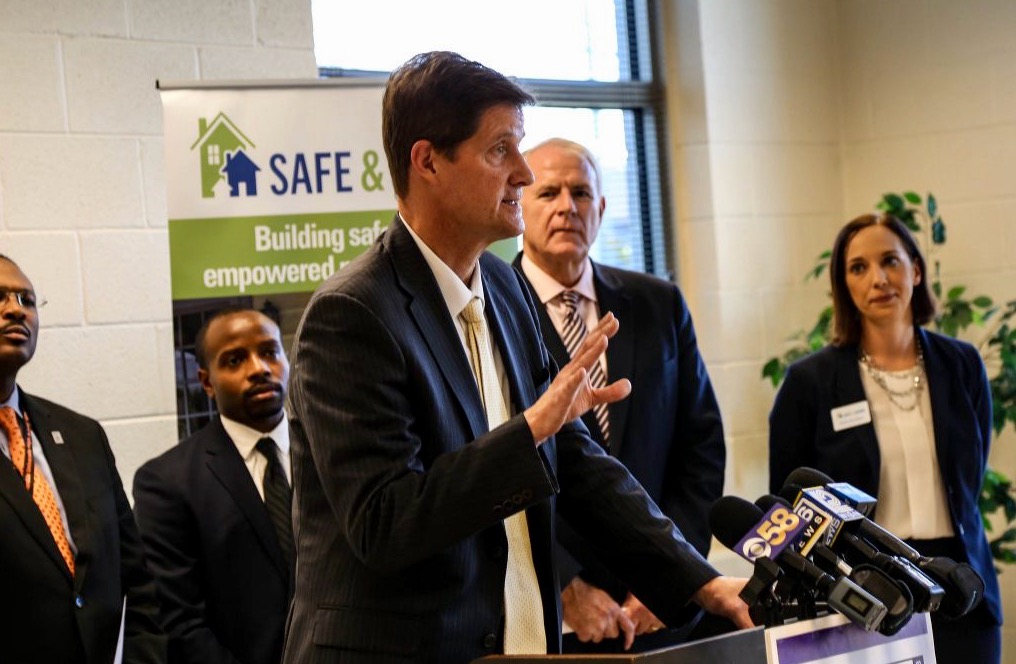 Milwaukee County District Attorney John Chisholm, shown in 2016, says his agency will release findings to the public once its investigation of the Milwaukee Health Department concludes. (File photo by Allison Steines)

In a letter to Common Council President Ashanti Hamilton and Ald. Bob Donovan, Chisolm said: “My office, and the State of Wisconsin Division of Criminal Investigation, commenced a joint investigation several months ago, which continues at this time.

“Upon conclusion of the investigation, my office will report to the Milwaukee Common Council and the public our findings and any appropriate next steps.”

The two city leaders asked the Milwaukee County district attorney on Monday to consider prosecuting health officials over their handling of the lead crisis.

A letter Monday from Hamilton and Donovan to Chisholm stated that something went “dreadfully wrong” with the Milwaukee Health Department’s oversight of its lead abatement programs.

“While we continue to wait for an audit of the Health Department to begin in the coming weeks, we also thought prudent to contact you and ask if there were any circumstances that you believe could rise to the level of prosecutable offense,” they wrote.

City officials say the problems occurred late in the tenure of ousted Health Commissioner Bevan Baker. Although no other health official was named in the letter, it did state that other top administrative officials were also to blame.

In an email to NNS, Diamond Hanson, communications officer for the Health Department, said: “Our job here at the department is to reassure the public that we have made significant progress in rebuilding the program, and that we have a comprehensive program in place to respond to lead poisoned children.”

Mayor Tom Barrett has not responded to an NNS request for comment.

Also on Tuesday, representatives of Freshwater for Life Action Coalition and Get The Lead Out, two groups that have criticized the city’s handling of lead, issued a statement supporting an investigation into the Health Department.

“Too much harm has been done in recent years to simply count on the assurances of city leaders. We believe a rigorous investigation would be a critical step forward in repairing this harm,” it read.