You are here: Home / Home / Carousel / League of United Latin American Citizens convention expected to draw upward of 20,000 to Milwaukee
Share this... 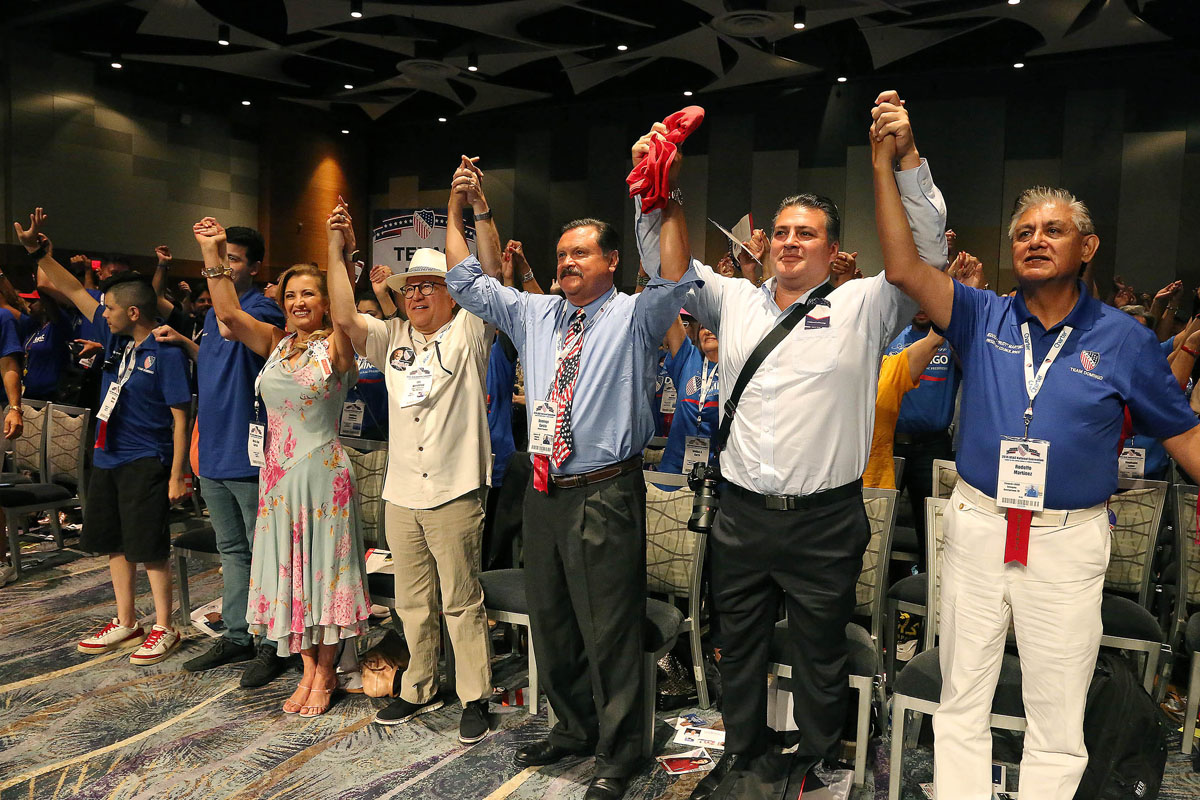 This will be Milwaukee’s second time hosting the LULAC National Convention since 2006. (Photo provided by LULAC)

In a year when issues such as immigration and a proposed wall at the Mexican border have become major political issues, the nation’s oldest and largest Hispanic organization will hold its convention in Milwaukee in July.

Hot-button issues will definitely be on the agenda at the convention of the League of United Latin American Citizens, or LULAC, and several Democratic presidential candidates have been invited to speak.

Here’s a primer on the organization and the convention:

The League of United Latin American Citizens began 90 years ago. Through nationwide councils, LULAC advocates for Hispanic Americans in areas including the economy, education, housing, politics, civil rights and more.

“LULAC has been a mainstay in our community forever,” said Jorge Franco, the CEO of the Hispanic Chamber of Commerce of Wisconsin.

Why was it founded?

LULAC, which was founded on Feb. 17, 1929, began after World War I in Corpus Christi, Texas. Hispanic veterans, in addition to other civil groups, wanted to put an end to ethnic discrimination against Latinos. The groups combined forces to create LULAC, and from there it became a nationwide organization. These days, LULAC has a national headquarters in Washington D.C., multiple councils per state and a full-time staff. It has about 132,000 members throughout the United States and Puerto Rico. 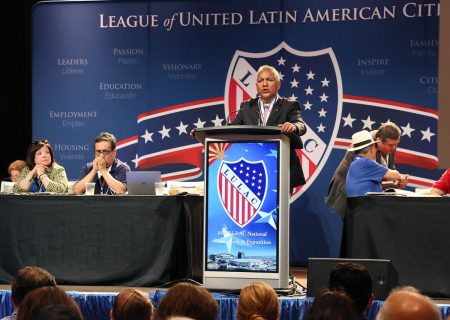 LULAC, the nation’s oldest and largest Hispanic organization, will be celebrating its 90th year. (Photo provided by LULAC)

When is the convention?

This year, the convention will take place July 10 – July 13 at the Wisconsin Center, 400 W. Wisconsin Ave., and will celebrate LULAC’s 90th anniversary. The last time a national LULAC convention took place in Milwaukee was 2006.

Sindy Benavides, the CEO of LULAC, said Milwaukee presented its bid for the 2019 convention three years ago and was chosen because of its “welcoming environment.”

What can people expect?

The convention will be broken down in several major events. There will be speakers, youth events, an exposition and more pertaining to a range of topics such as healthcare, education and immigration.

Benavides said the convention will include a “town hall” meeting, an officers’ election, and several banquet events, including one for young adults. On the last day, everyone is invited to tailgate at the Brewers’ game against the San Francisco Giants.

Also included will be health services, a career and job fair and a sports clinic.

“We want to make sure our communities are exposed to different activities,” Benavides said.

Everyone is invited to visit the exposition and join the convention, but certain events will require a ticket, Benavides said.

Lindsey McKee, the meetings and conventions communications manager for VISIT Milwaukee, said that during the convention dates, Milwaukee will also be celebrating Bastille Days. LULAC visitors are welcome to join the celebration or explore Milwaukee’s neighborhoods including Clarke’s Square and Walker’s Point, the city’s prime Latino neighborhoods.

What impact will convention have on Milwaukee?

“Many members make this their family vacation,” Benavides said.

The convention also will allow the nation to hear diverse voices, others say.

“LULAC holding their national convention in Milwaukee will provide a platform to lift up the needs of immigrant and Latinx communities in Wisconsin,” said Christine Neumann-Ortiz, executive director of Voces de la Frontera.

How is Milwaukee preparing?

While LULAC councils will handle the convention and exposition, VISIT Milwaukee plans to welcome airport arrivals with banners, window clings and electronic signage both in the airport and elsewhere in Milwaukee. Visitors will also be welcomed at the convention centers and hotels. McKee said that VISIT Milwaukee volunteers will be on hand to offer assistance and recommendations on how to best enjoy Milwaukee.

How are local businesses, organization and communities prepping?

Laura Vazquez, the marketing administrator for the Wisconsin Hispanic Scholarship Foundation, said that Wisconsin held its statewide LULAC convention on Saturday, May 11, at the University of Wisconsin-Parkside. During the convention, state elections for board members were held and new councils will be introduced.

Vazquez said councils and the newly elected board will decide which groups will take the lead for the nationwide convention. She added that the Wisconsin Hispanic Scholarship Foundation will be helping out either with the convention or with Milwaukee Night.

More information can be found here.