You are here: Home / Home / Carousel / NNS Spotlight: ‘We set them up for success’: How one youth workforce program is transforming lives
Share this... 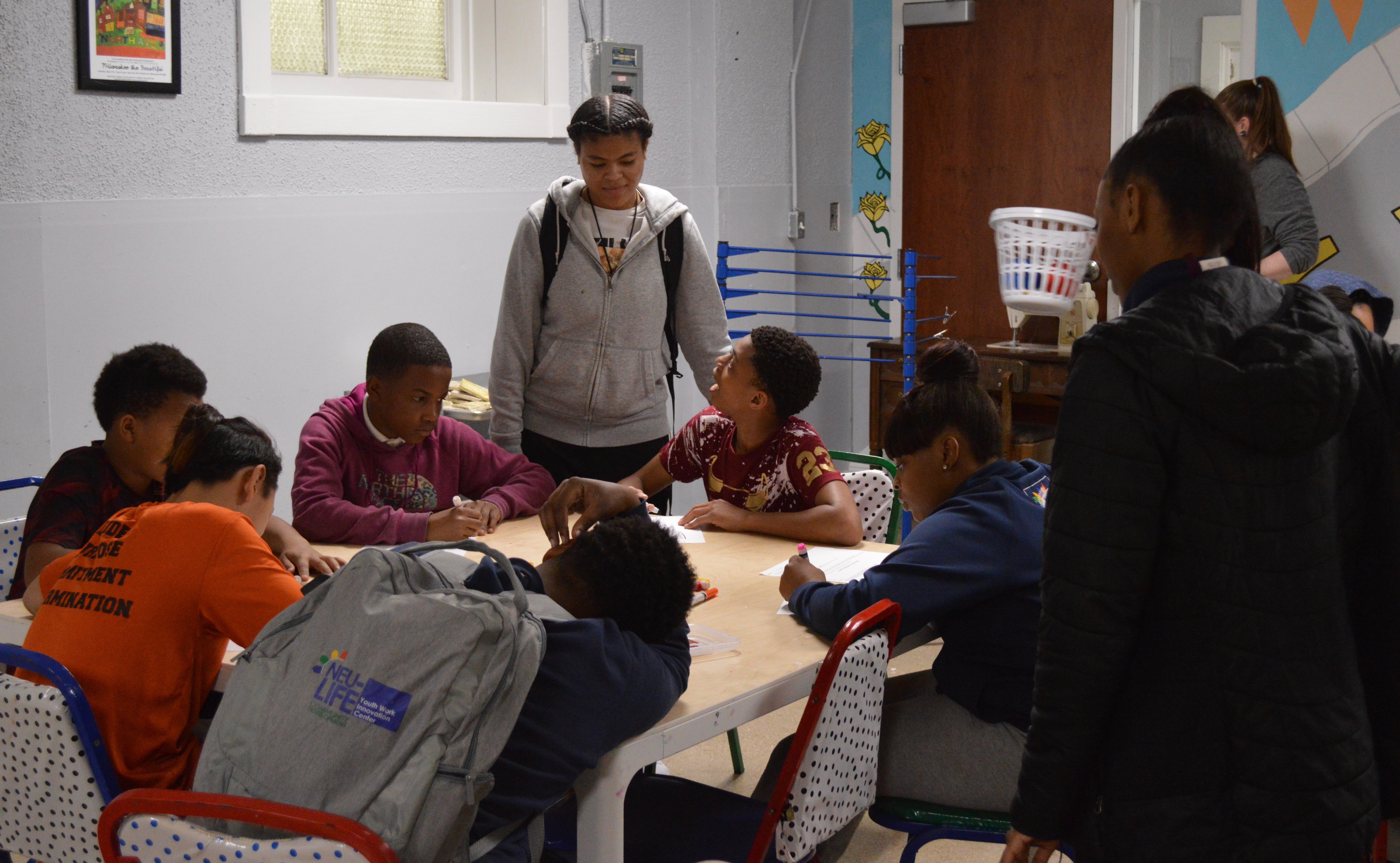 When JaQuawn Seals was 16 years old, his life was following a trajectory that would probably have resulted in jail time or his death. As a gang member, Seals wasn’t making good decisions, but he eventually made a choice that changed everything.

Through Employ Milwaukee, Seals learned about Neu-Life, an organization that aims to “empower children and youth with skills and strategies to make better life choices.” He applied and began working at Neu-Life as a teen leader, where one of his first projects was Beasty Barrels, a small business that custom-painted rain barrels. Nine years later, Seals continues to work at Neu-Life as a site coordinator.

“Coming to Neu-Life saved my life,” he said. “It made me feel that I could come here and make better choices.”

In April, Neu-Life officially launched its Youth Workforce Innovation Center at 2014 W. North Ave. The space, which doubles as the organization’s headquarters, was recently renovated and includes classrooms, offices and storage rooms.

Maya Randolph, 18, attends Messmer High School and for the past three years she’s been coming to Neu-Life. She is a part of the Farmfork team and a teen leader for the middle school participants. As part of her job, she leads the middle schoolers through various activities such as art.

When she first came to Neu-Life, Randolph felt nervous. On her first day, she arrived before anyone else. When she met the rest of the teens, Randolph recalled how excited and friendly everyone was. 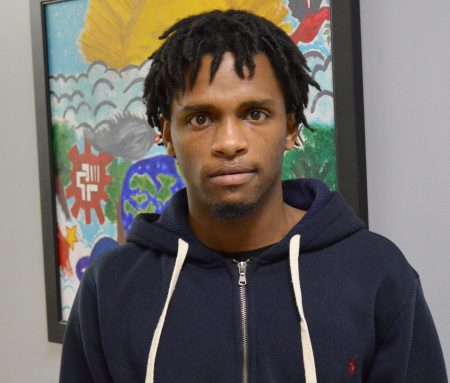 JaQuawn Seals, who has been with Neu-Life for nine years, says the organization gave him the skills to become a leader. “Coming to Neu-Life saved my life,” he says. “It made me feel that I could come here and make better choices.” (Photo by Ana Martinez-Ortiz)

“It made me more of an extrovert,” Randolph said. “I used to be a very shy person and I wasn’t comfortable talking to other people.”

Neu-Life pays its teen employees $8 an hour and during a typical week, they work 10 to 15 hours. Its middle schoolers receive a monthly stipend. The work experience helps the students develop life skills and pursue different interests.

Jody Rhodes, the executive director, said the students are given choices on the projects they can work on. The youths rank their choices based on their interests.

“Their voice is important,” said Rhodes. “We want them to choose something of interest that keeps them engaged.”

Ceejay Johnson, 18, a Hamilton High School senior, began coming to Neu-Life shortly before her freshman year. During that first year a lot of the activities focused on the garden, she said, but since then, her focus has shifted more to art.

As an amateur photographer, Johnson has become the Neu-Life documentarian. After she graduates, she plans to lead a photography class for middle schoolers. As part of her job before she becomes a main staffer, Johnson works as a teen leader for the middle schoolers. She’s taken the skills she’s acquired through Neu-Life and passed them on.

As a leader, she’s helped the middle schoolers learn how to communicate. Initially, they didn’t want to speak to each other, she said.

“My voice got power,” she said. “I used to think I didn’t want to do this stuff, but I like being a positive role model for the little kids.”

Rhodes said Neu-Life stresses “soft skills” such as communication and public speaking. Rhodes said 55 percent of the staff is made up of former youths who went through the program.

“We set them up for success,” she said, adding that Neu-Life helps youths navigate through life even after they leave.