You are here: Home / Home / Carousel / ‘It’s really just about being safe and protected’: Campaign promotes benefits of HIV prevention pill
Share this... 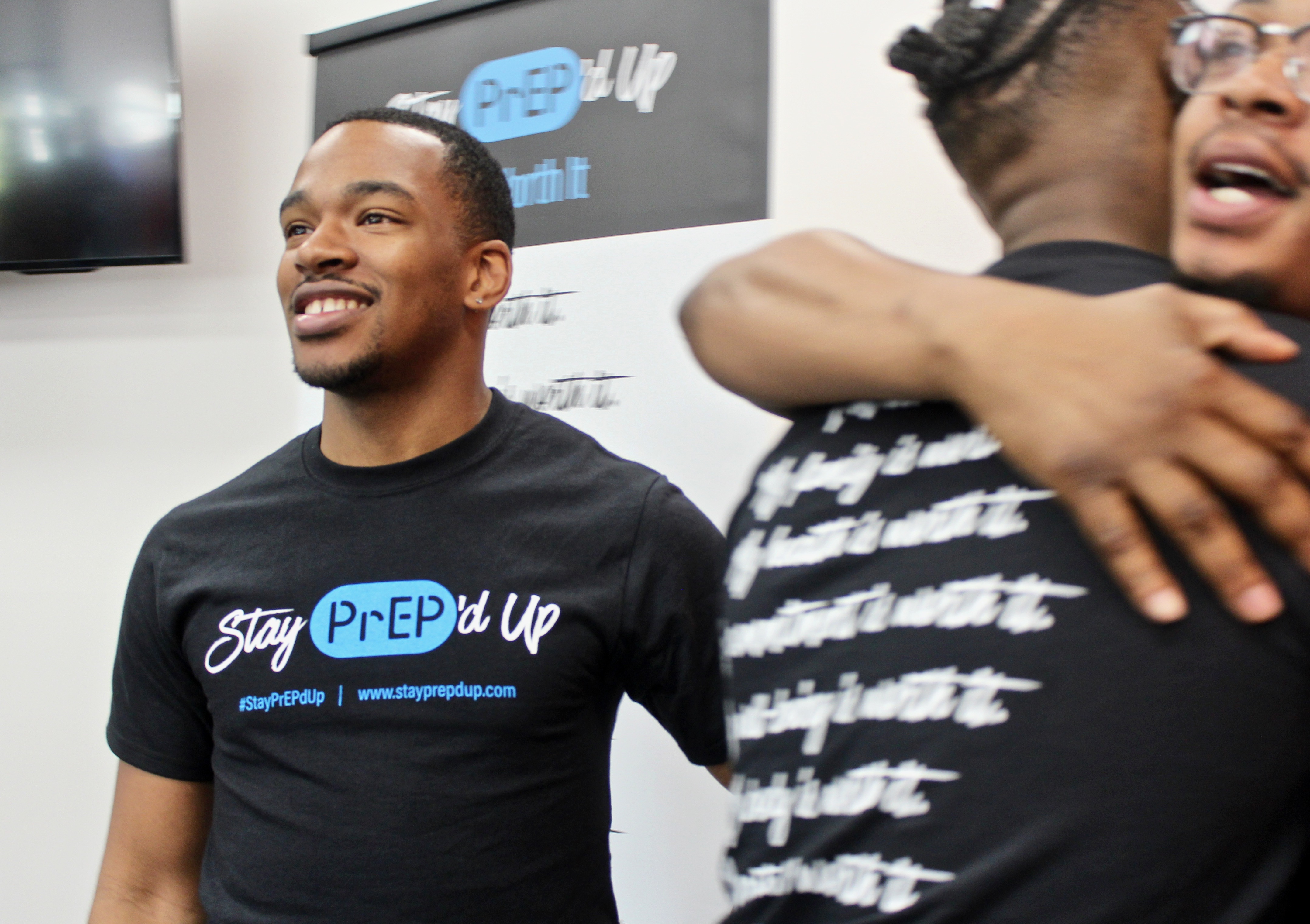 Kenneth Wade is one of the brand ambassadors for a new awareness campaign launched by the AIDS Resource Center of Wisconsin encouraging LGBTQ men and trans women of color to consider taking the HIV prevention pill, PrEP. (Photo by Allison Dikanovic)

Kenneth Wade said he has always valued his health. He eats healthy foods. He works out. He drinks plenty of water.

In 2015, when some of his friends told him about a pill called PrEP that could prevent him from getting HIV, he said he felt that learning more about it was a natural and important step to taking good care of himself.

“My sexual health is part of my health,” Wade said. “I asked my doctor my questions about it, and within a week I was on PrEP.”

Wade, 27, is a new brand ambassador for the AIDS Resource Center of Wisconsin’s awareness campaign “Stay PrEP’d Up,” which seeks to educate Milwaukeeans about the benefits of the medication and break down any stigmas about it.

PrEP stands for pre-exposure prophylaxis. It’s a daily prescription pill that can significantly reduce a person’s risk of contracting HIV, a virus that damages a person’s immune system, makes it harder to fight off infections and can lead to AIDS. 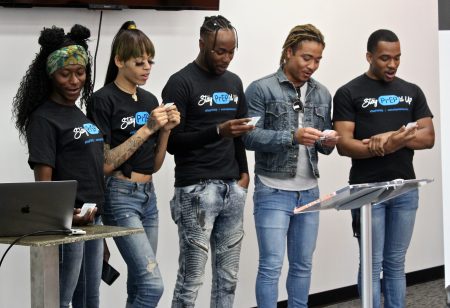 The Stay PrEP’d Up brand ambassadors take a pledge that starts with the phrase, “I’m worth it,” at a campaign launch event last week. Their photos will be on social media, billboards and movie theater ads throughout the summer in Milwaukee. (Photo by Allison Dikanovic)

After years of substantial declines, rates of HIV diagnoses have stagnated in recent years. Research from the Centers for Disease Control and Prevention suggests that this is because prevention options like PrEP are being severely underutilized.

“PrEP is the fast lane to the end of the AIDS epidemic, as long as we can make sure the people who need access to it are getting it,” said Mike Gifford, president and chief executive officer of the AIDS Resource Center of Wisconsin.

In 2017, 83% of the 118 new HIV diagnoses in Milwaukee were among people of color, according to the AIDS Resource Center of Wisconsin. Research from the Medical College of Wisconsin indicated that African American men are diagnosed with HIV at rates four times higher than white men.

Meanwhile, the Centers for Disease Control and Prevention reported that only 1.4% of African Americans and 2.5% of Latinos who could have potentially benefitted from PrEP were prescribed it.

“If we don’t find ways to increase PrEP use to young people of color, we’re going to continue to see those disparities,” said Katherine Quinn, assistant professor at the Medical College of Wisconsin’s Center for AIDS Intervention Research.

PrEP is a good option for people who are HIV-negative but who face a higher risk of getting HIV, Quinn said. Factors that may heighten a person’s risk of getting HIV are having sex with someone who is HIV-positive, having sex within a social network where HIV is more common, having had sex without condoms, having multiple sexual partners or exchanging sex for drugs, food, money or a place to live, according to the Stay PrEP’d Up website.

Wade said he was initially hesitant about taking PrEP because he wasn’t sure if his insurance would cover it. But after doing some research, he learned that his clinic could make it affordable.

“I have found it very easy for me to get treatment,” Wade said.

Besides possible financial barriers, Wade said he has heard about stereotypes or misunderstandings that have made some of his peers skeptical of PrEP. For example, he said some people thought that the PrEP pill was for people who were HIV-positive, and that people would judge them if they took it.

“It’s really just about being safe and protected,” he said he wants others to know.

Quinn studies how different stigmas may influence a person’s knowledge about or use of PrEP.

“Past experiences of perceived racism or homophobia from a healthcare provider makes it hard for people to get to the doctor,” she said.

Quinn also said that in some circles, PrEP is associated with a misconception that people who take it are promiscuous.

“The narrative we have around PrEP is that it’s only for people who are irresponsible or who are having high-risk sex,” she said. “We need to shift that to be an empowering way that people can protect themselves from HIV.”

Tiffany Wynn, marketing director for the AIDS Resource Center of Wisconsin, said that’s the point of the Stay PrEP’d Up awareness campaign.

“Taking PrEP just means you are concerned about your health and therefore you are trying to keep yourself healthy,” she said.

Imani Sloan, PrEP program coordinator for the AIDS Resource Center of Wisconsin, said “in a time when there aren’t many messages for black and brown LGBTQ individuals that talk about the value and worth of their own bodies and who they are as people,” the campaign also is about instilling that sense of value and worth. She said taking PrEP is an act of self- love.

Derrick Langford is a PrEP navigator for the AIDS Resource Center of Wisconsin and is one of the more than 3,000 people living with HIV in Milwaukee.

He said he wishes that he knew about PrEP earlier and is working to connect other people to services and healthcare they need to stay protected.

“There definitely are barriers to taking PrEP, but what we want to do is push past those barriers to make sure people feel loved and included,” he said. “I hope that people do feel worthy enough to protect themselves.”

Resources you can use

In addition, here are some resources on sexually transmitted diseases.