You are here: Home / Home / Carousel / NNS Spotlight: ‘Something lit up for me’: Her mission is tackling Haiti’s sanitation crisis
Share this... 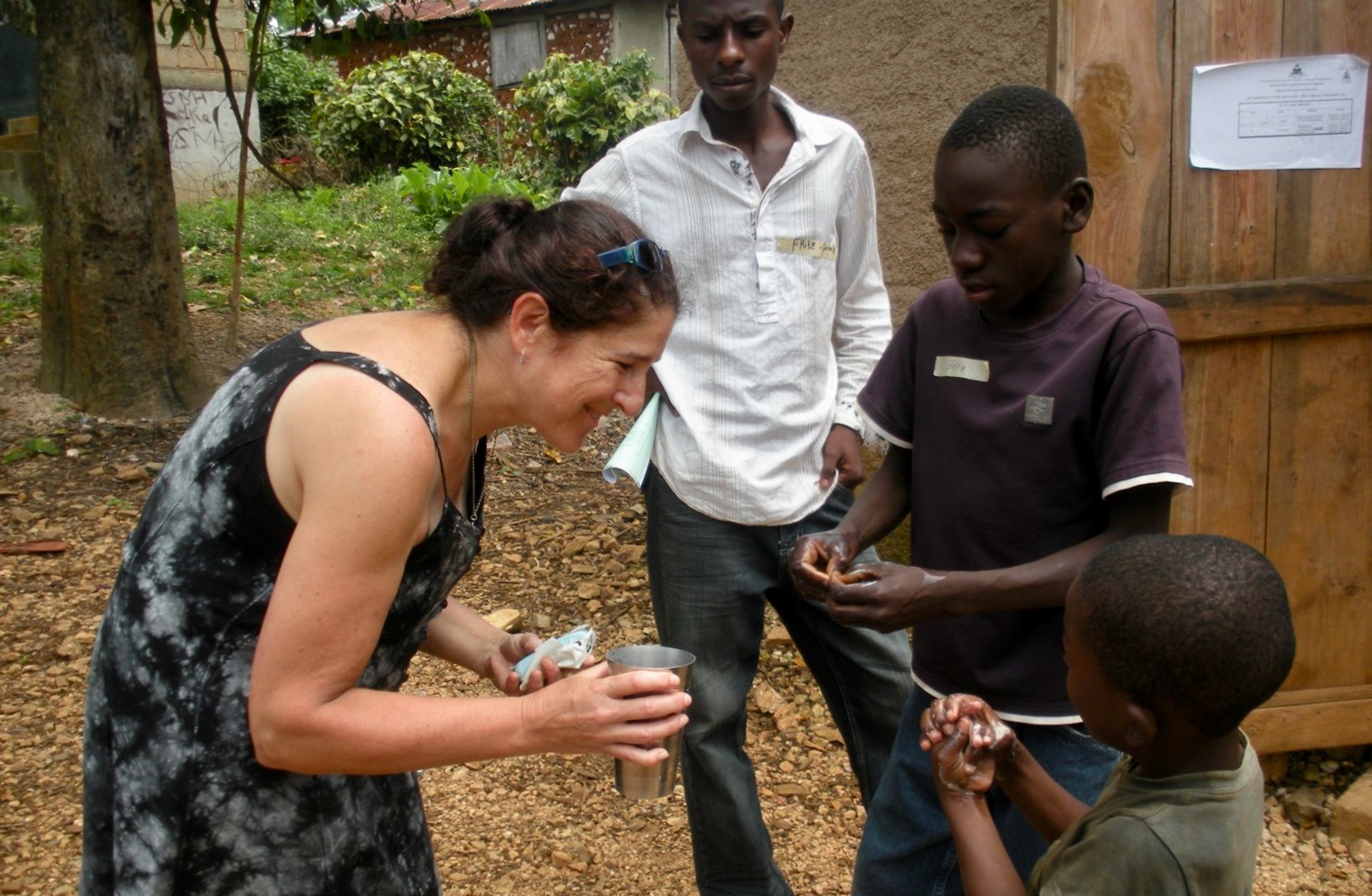 Gigi Pomerantz says she never intended to create a nonprofit but “the people in Haiti were so warm, and a lightbulb went off.” (Photo provided by Youthaiti)

In 2006, Gigi Pomerantz, a nurse practitioner at Aurora Sinai Medical Center, went to poverty-stricken Haiti on a medical mission trip.

What she found was a sanitation crisis, due in part to a lack of toilets. Children were starving. And gardens were depleted.

In five days, she helped treat 1,400 people for worms, mostly from water-born illnesses in the mountain village of Duchity. Some villages, Pomerantz said, function without any toilets, making open defecation common. This, she said, can lead to the contamination of water and cause diarrheal diseases such as cholera—which has devastated Haiti since it was first detected in 2010.

When she returned home, Pomerantz began researching about ecological cleanliness and community organizing in developing countries.

Ten months later, Pomerantz went back to Haiti. And in 2008, she founded Youthaiti, a nonprofit organization that helps solve the country’s sanitation crisis with ecological toilets.

Although she retired from her nursing job three years ago, Pomerantz, 64, is still working hard as Youthaiti’s executive director.

“Something lit up for me,” Pomerantz said. “The people in Haiti were so warm, and a lightbulb went off. I wasn’t thinking of starting an organization, I was just thinking ‘Oh, we’ll build a toilet, and then they’ll figure out how to build these toilets.’ ”

Contributing to the community 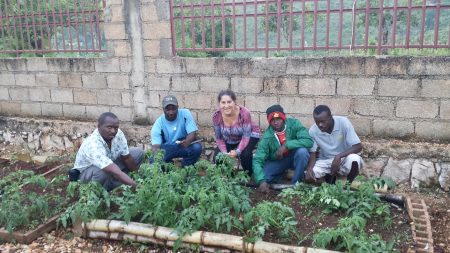 Gigi Pomerantz, along with residents, tend to a garden. (Photo provided by Youthaiti)

Pomerantz said Youthaiti builds toilets for households. The waste from the toilets is used as fertilizer for community gardens or plots for planting fruit trees, she said, contributing to community sustainability and sanitation.

While the heavy lifting is done in Haiti, Milwaukee functions as the hub for fundraising, public relations and recruiting volunteers.

One such fundraising event is Haitifest, which was held for the first time June 9 at Washington Park Urban Ecology Center. While the money raised is still being added up, Pomerantz said she expects the total to fall in the $9,000 range.

Tipan Verella grew up in Juvénat, Haiti, near Port-au-Prince, and came to the United States in 1996 to attend the University of Maryland. He moved to Milwaukee in 2010 and joined Youthaiti’s board of directors in 2012.

Verella said he appreciated the work Pomerantz was doing and liked that it was different from a lot of mission trip volunteerism in Haiti.

She “is significantly more concerned with the long-term well-being of the people she is interacting with,” Verella said.

Freddy Francois, 35 and originally from Port-de-Paix, Haiti, was one of the roughly 200 attendees at the Haitifest fundraiser.

Francois said he reached out to Pomerantz before Haitifest to see if he could help be a part of the solution to some of Haiti’s issues. He said he plans to get more involved with Youthaiti down the road and, if it’s held again, wants to make Haitifest more authentic next year.

Haitian culture “isn’t something you can explain,” Francois said. “You have to experience it.”

Francois said he never thought he was going to leave Haiti, but the 2010 earthquake led him to weigh his options and he moved to Appleton to continue his education at Fox Valley Technical College.

Francois is now pursuing a bachelor’s degree in supply chain management at the University of Wisconsin-Milwaukee.

Pomerantz “is really passionate about what she is doing, she really cares about it, and that is what you need,” Francois said.

Other organizations in Milwaukee also aim to help the situation in Haiti, including The Haiti Project of the Episcopal Diocese of Milwaukee, which focuses on education, creating jobs and agriculture in Jeannette, Haiti, according to Mary Alice Eschweiler, trip coordinator.

Steven Duclair, a 2019 graduate of the University of Wisconsin-Milwaukee, is working to bring shoes, clean water, education and sustainable community to Haiti with the nonprofit Sustain the Future. Duclair, 24, moved to Milwaukee nearly 12 years ago from Port-au-Prince.

“There are people who need help everywhere,” Duclair said. “And maybe when we are doing work that we’re supposed to be helping the human race evolve, we should not exclude a group of people.”