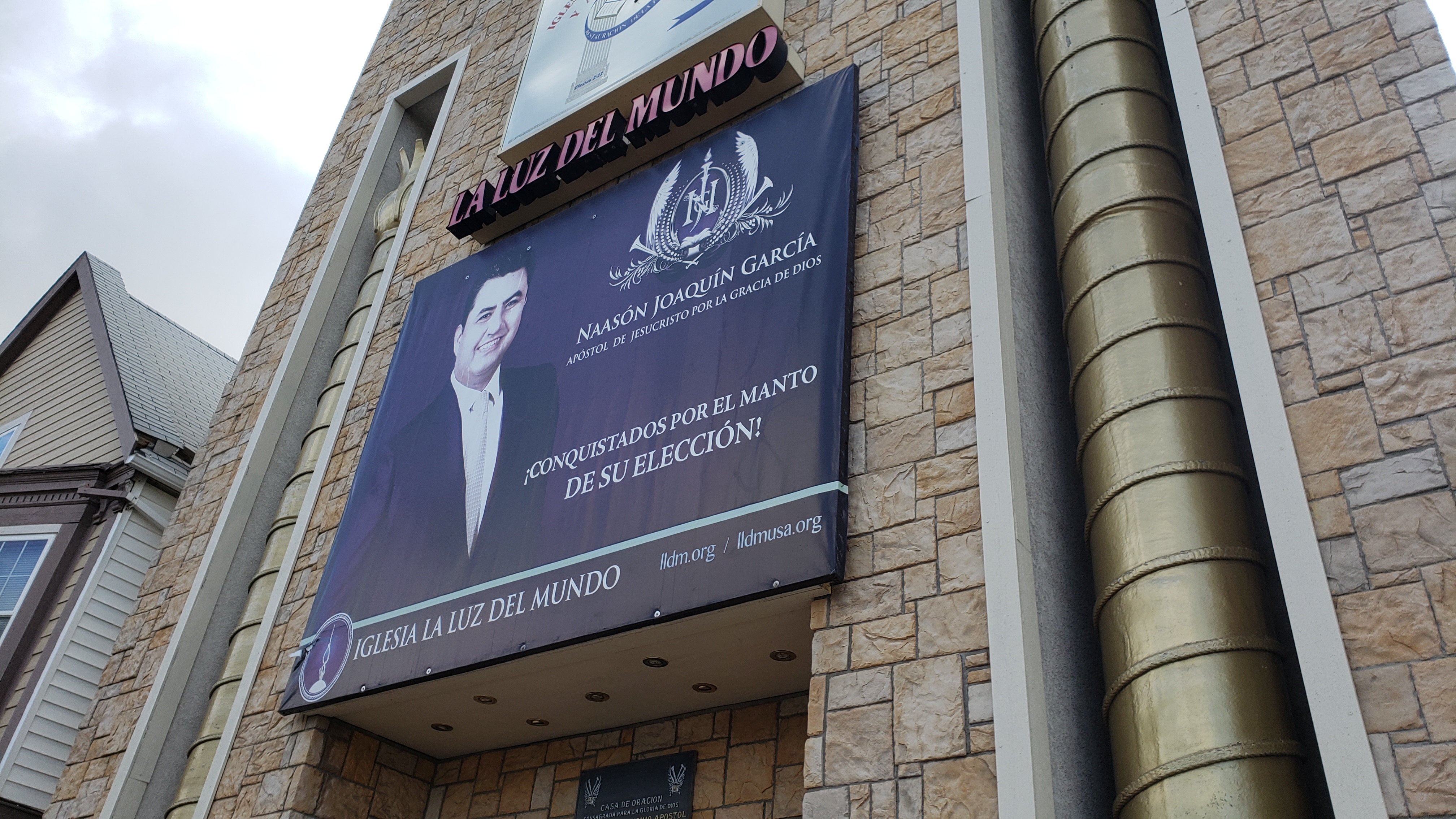 A banner featuring megachurch leader Naasón Joaquín Garcia, charged in California with child rape and human trafficking, among other crimes, has been ordered removed by the city. (Photo by Edgar Mendez)

A South Side church has until July 31 to remove or correct a banner featuring the leader of a Mexico-based megachurch who was arrested and charged last month with child rape, human trafficking and other crimes

The banner features Naasón Joaquín Garcia, the leader of La Luz Del Mundo, an organization with over 15,000 churches. Some residents have demanded church officials remove it from the front of the local church at 1316 S. Cesar E. Chavez Drive.

The Department of Neighborhood Services inspected the banner July 11, and officials say the banner violates the municipal ordinance for exterior signage limits and ordered it be taken down.

Signs are only permitted to be 25 square feet per 25 lineal feet of the length of a building, unless an owner receives a special permit, according to the violation order. The current banner is estimated at 144 square feet by the Department of Neighborhood Services.

The church has until July 31 to remove or correct the sign, or it could face prosecution or daily penalties ranging from $150 to $10,000, according a violation order sent to the church by the Department of Neighborhood Services. Church officials have 20 days to file an appeal. 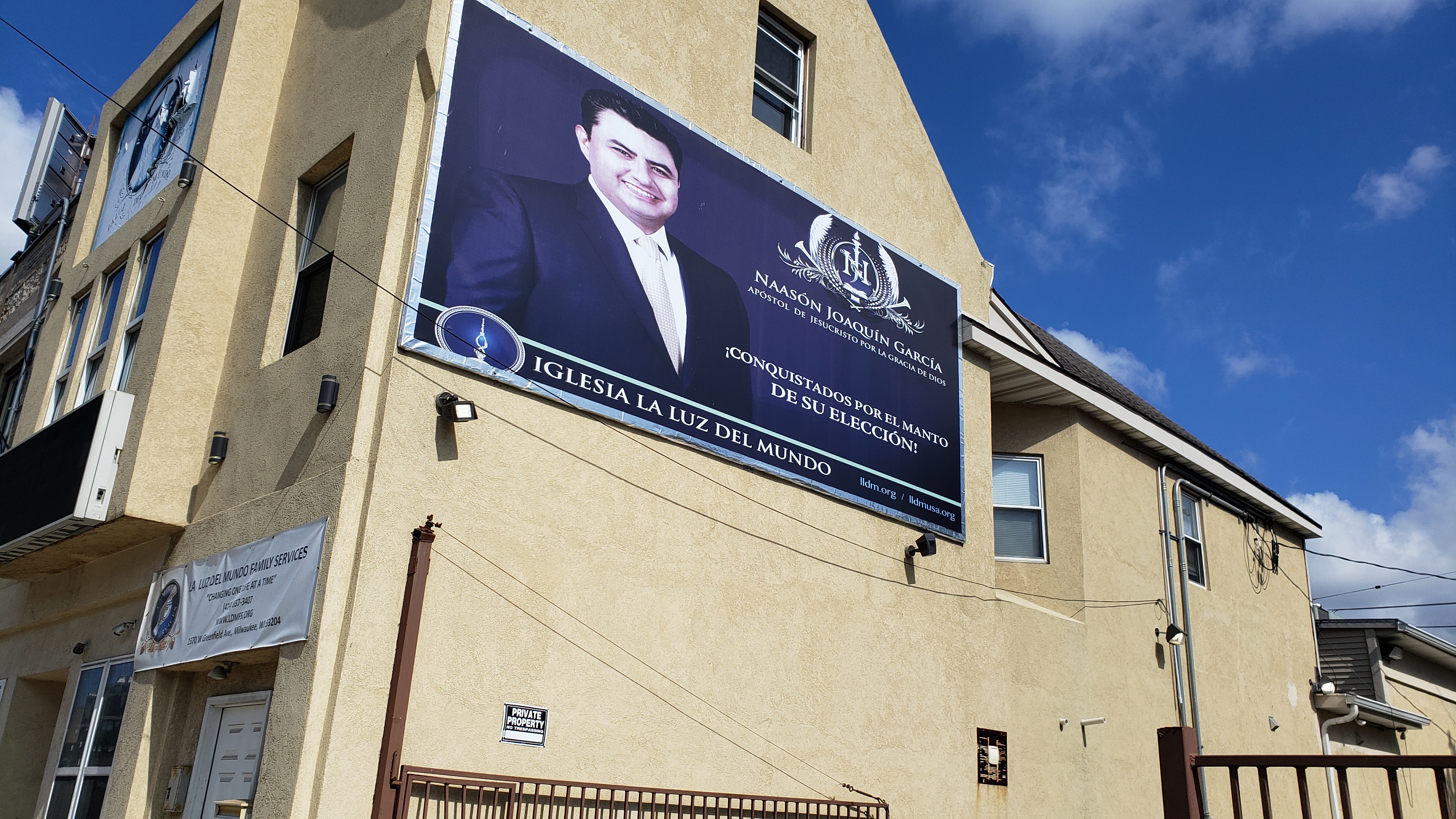 A second banner hangs from the La Luz Del Mundo Family Services, 1570 W. Greenfield Ave. It is not clear whether the church will remove the second banner. (Photo by Edgar Mendez)

Residents have demanded church officials remove the banner. But its leaders have refused, comparing Garcia’s arrest and prosecution to the false persecution of Jesus Christ while defending his innocence.

The city says it is not regulating the content of the banner. We “enforce the code with respect to size, configuration, etc.,” Jeff Fleming, communications officer for the city, wrote in an email to NNS.

Saul Cruz, a church representative, said leaders have ordered new banners that will not feature Garcia’s image to meet the city’s requirements.

The controversy erupted after a Facebook post called for the removal of the large banner that featured a smiling Garcia, which was hung above the main entrance to the church.

The violation order does not mention the church’s other property on West Greenfield Avenue that features a similar banner.

Garcia, who is being held in California, appeared in court Tuesday and was denied bail by a judge. According to various news reports, witnesses described videos allegedly showing Garcia participating in sex acts involving minors. New charges of child pornography were added.