You are here: Home / Home / Carousel / NNS Spotlight: He once was a drug pusher. Now, he’s giving back to the community he once ‘tore down.’
Share this... 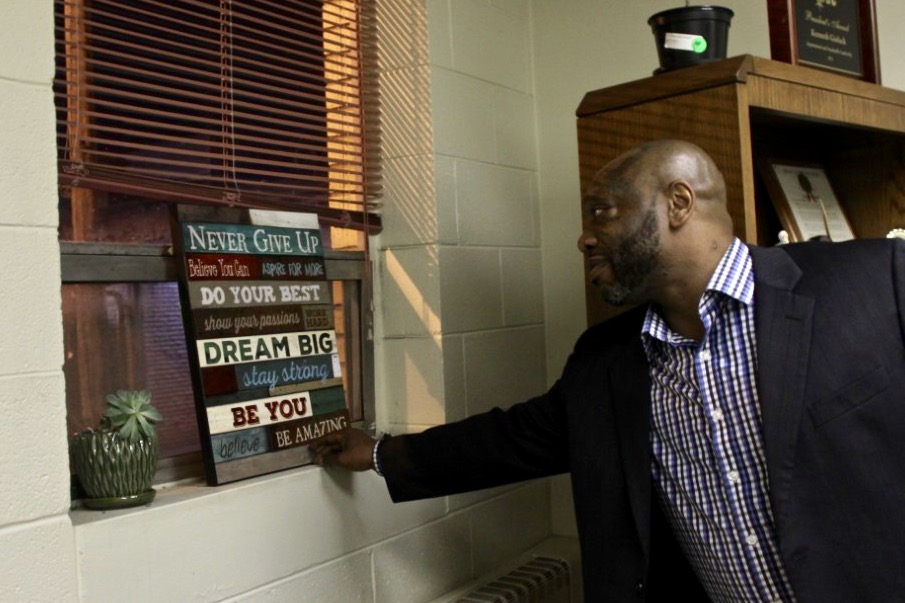 As the clinical director at the nonprofit St. Charles Youth and Family Services, Ken Ginlack stresses the importance of taking advantage of mental health and substance abuse services. (Photo by Hailey Richards)

Editor’s note: This story has been updated to list the new time of Charlamagne Tha God’s and  Chrishaunda Lee Perez’ discussion on “Black emotional wellness” Sunday at Marquette University. The talk has been delayed because of travel difficulties.

Editor’s note: This story is part of an occasional series  that highlights groups and people worth knowing in Milwaukee. To nominate a person or a group, email info@milwaukeenns.org  and put “Spotlight” in the subject line.

Ken Ginlack was at the height of his addiction to crack cocaine, and he desperately needed money.

On a cold late night in 2007, Ginlack slipped a metal pipe into his pocket, pulled up his hoodie and walked toward a BP gas station on North Sherman Boulevard and West Burleigh Street with one goal in mind: to rob anyone he saw for drug money.

Ginlack quickly spotted two white men in fine coats who were looking for places to purchase and smoke crack. Stepping into the backseat of the car, Ginlack directed the pair around a corner, where he planned to hit one man in the back of the head and to choke the other.

As they drove, Ginlack slowly slid the metal pipe out of his hand. But then he hesitated.

“A voice just told me ‘don’t do it.’” Ginlack said. “The moment was so real.” The voice said ‘if you do this, this is going to change your life forever.’”

He began to cry profusely. After urging the men to stop the car, Ginlack got out and headed home.

The next day he checked into First Step Community Recovery Center, and he eventually spent six months in residential treatment and then time in a transitional living house.

Ginlack’s journey has been riddled with setbacks and trauma. And success.

The 49-year-old’s mission is to provide mental health and substance abuse services while promoting the importance of mental health education. To Ginlack, he is giving back to the community that he once “tore down.” 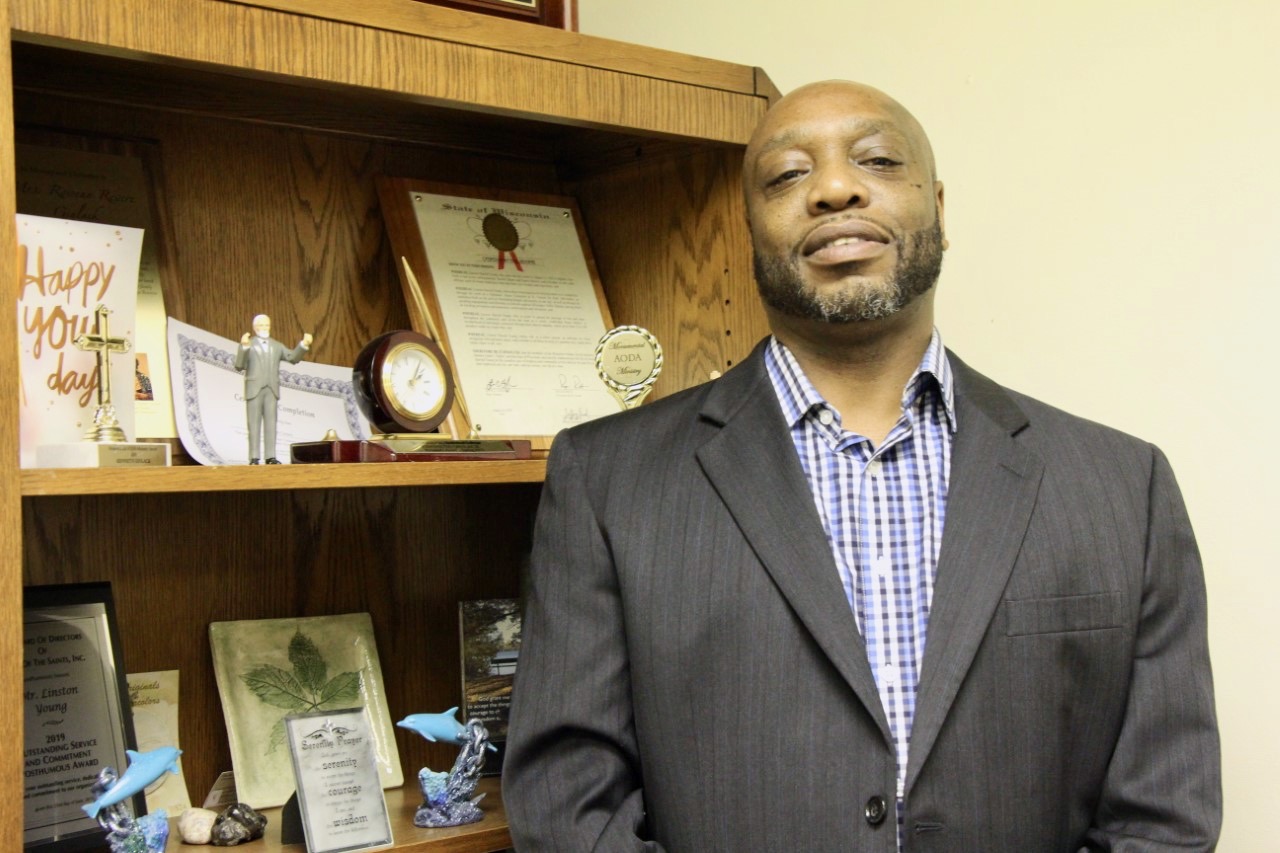 Dorothy Thompson, a clinical substance abuse counselor who has known Ginlack for five years, said he is dedicated to counseling and educating residents on how to cope with mental illnesses without reaching for substances.

“He has a passion and dedication in the field. Whenever he sets a goal, he always accomplishes it,” Thompson said.

Ginlack spent his childhood moving back and forth between Milwaukee and Orlando, Florida. When he was 14, he found a stash of cocaine that his father sold. It was the catalyst for him to start drinking, using and selling drugs.

“I just thought this was the way life was … I’m 15 out at 2 or 3 in the morning carrying a pistol,” Ginlack said. Living across the street from a tavern on North Fourth and West Vine streets, he saw everything, from violence to drug deals.

“The prostitutes we knew by their first names,” he said. “There was no way to ignore what was happening. I thought it was normal.”

Looking back, Ginlack attributes his substance abuse, and those of others like him, to this environment.

“It’s not normal to see someone get beat or someone get shot in the head, and if you’re experiencing this in your home, it becomes normal,” Ginlack said.

The event will feature a candid conversation on black emotional health and trauma between Charlamagne, who has emerged as a leading force on the need for mental health discussion in America and has spoken publicly about his struggles with anxiety and depression, and Perez, a producer, creator and orator best known for her best-selling debut novel, “We come as girls, we leave as women.”

This event is free and open to the public.