You are here: Home / Home / Carousel / NNS Update: Residents rally behind program to ensure mothers have clean drinking water for their children
Share this... 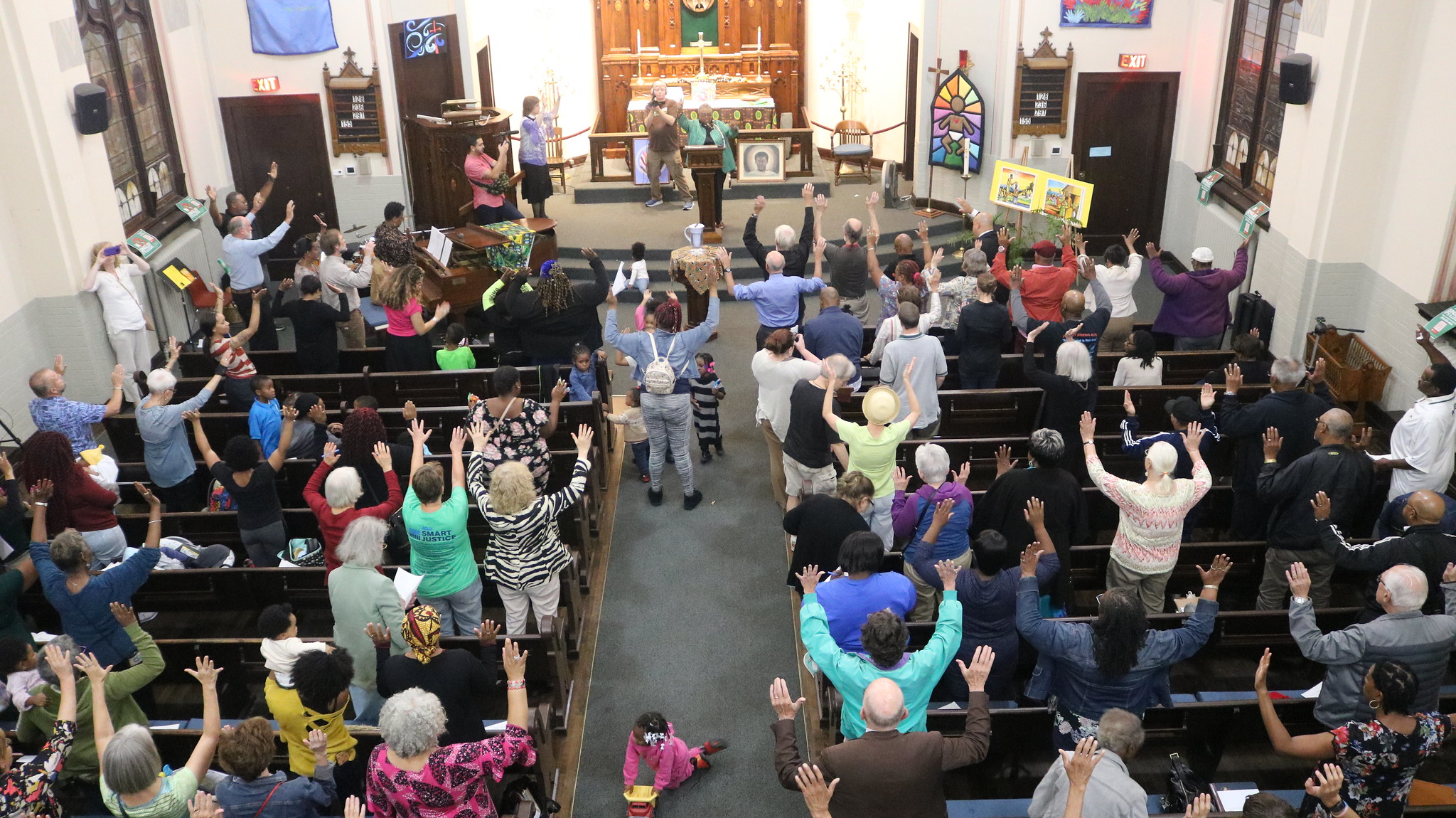 Community members show their support for the Birthing Moms pilot program. “This is arguably the most important gift they will receive along with the gift that comes with education,” says the Rev. Mary Martha Kannass, the pastor of Hephatha Lutheran Church. (Photo by Princess Safiya Byers)

Crying mothers shared stories of when they found out their child had lead poisoning.

And community leaders spoke on the importance of children living lead-free lives.

For two hours last month during a summit at the Hephatha Lutheran Church, 1720 W. Locust St., residents shared emotional stories of their experiences with lead poisoning and their support for one solution: the Birthing Moms pilot program.

The program would provide lead education kits and a certified filtering pitcher after mothers give birth. The mothers would receive the pitcher from the Milwaukee Health Department before they left the hospital.

“This is arguably the most important gift they will receive along with the gift that comes with education,” said the Rev. Mary Martha Kannass, the pastor of Hephatha.  “Nurses will sit down with each mom and explain to them what lead poisoning is and how it can be avoided. They will also get literature to take home.”

Several city officials who were at the meeting pledged to support $240,000 in funding for the pilot program as a part of the City of Milwaukee’s 2020 budget.

“As a father, my job is to care about family,” Ald. Nik Kovac said. “And really, we are each other’s family in this city. And there should be no child that doesn’t experience clean water, clean food, clean air and a clean home that will not poison them.”

The Coalition On Lead Emergency, or COLE, arranged the summit to inform, engage, educate and gather support from local officials on the proposal.

The Milwaukee lead crisis has been a topic of controversy in Milwaukee for some time. Knowing how children are affected, residents are demanding that something be done.

Elizabeth Brown, a community member, said, “As a mother who has had children contract lead poisoning, I think the bill is a good idea. Though my children were OK after they contracted it, they had some struggles that could have been avoided had they not contracted lead poisoning.”

In May 2018, the Hephatha church partnered with neighborhood organizations such as the Dominican Center to form COLE. Members include the African American Breastfeeding Network, Amani United, the Dominican Center, Leaders Igniting Transformation and many more.

The goal “is to organize people to fight for a lead-free Milwaukee,” said Richard Diaz, who is the Amani community organizer for the Dominican Center.