You are here: Home / Home / Carousel / South Side neighborhood where acid attack occurred finds itself in uncomfortable spotlight
Share this... 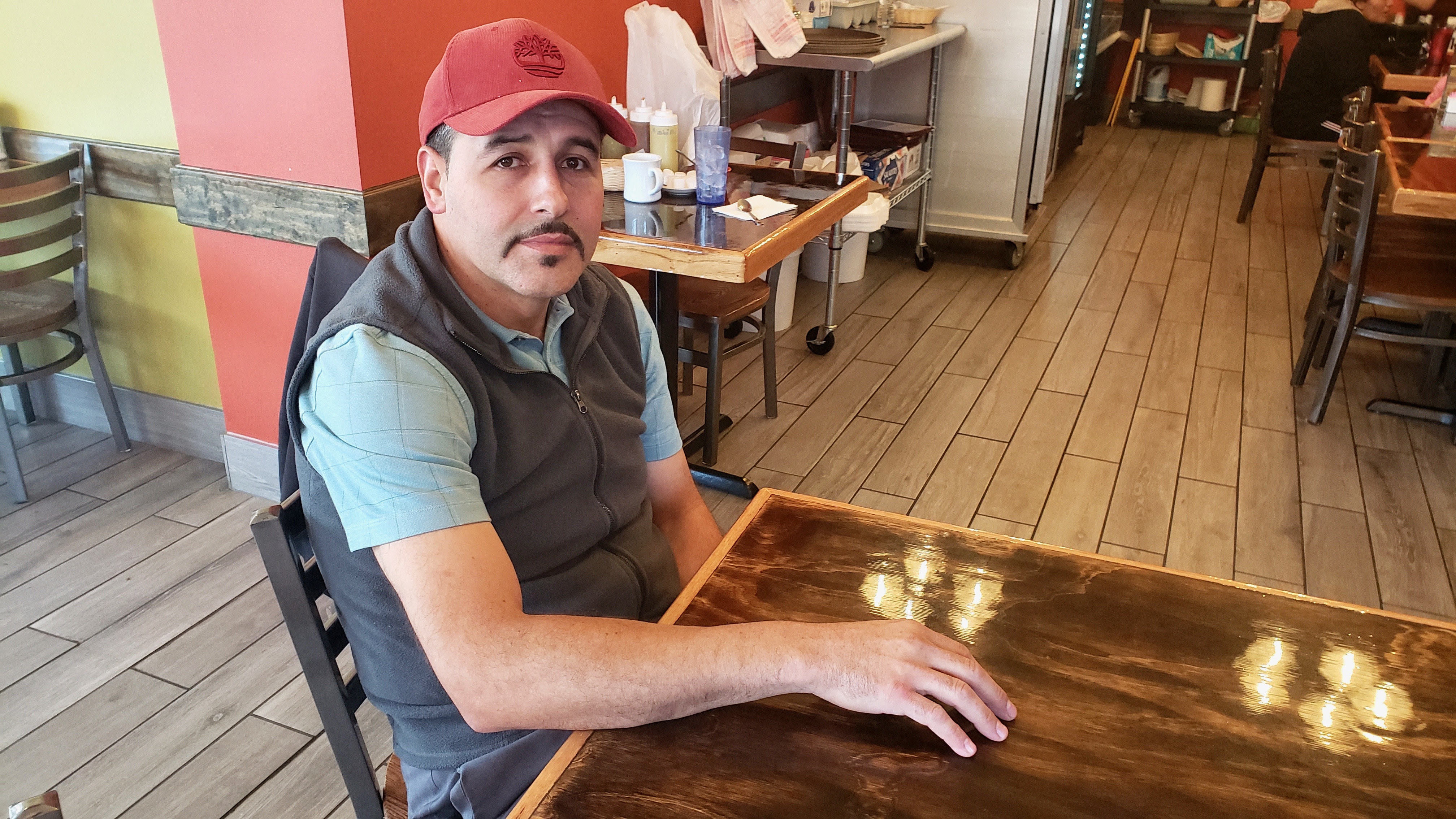 “Knowing someone would do that to someone just because of where he thinks you’re from is scary,” says Miguel Leon, owner of Taqueria La Sierrita. (Photo by Edgar Mendez)

It was the mid-’70s, when John Gurda sidled up to the bar at Big John’s Tap on South 12th Street in the Polonia neighborhood of Milwaukee.

“There was a little head-scratching; people wondering, who are they?” he said. A Hispanic family had just moved onto the block, and they were the talk of town.

A few years later, Gurda married and moved from Polonia to Bay View. But by then, a long, slow transition had begun. Hispanics, mainly Mexicans, were moving into the neighborhood as Poles and other Europeans were moving out.

With them went A’Dees Gifts, a Polish shop on the corner of South 13th and West Dakota Streets, currently Mi Tierra Food Mart; Tadych Furniture and Hardware Store, now a One Stop Outlet that sits next to El Rancho Western Wear; and other European-owned stores. They were replaced in large part by Hispanic-owned businesses, which now fill the commercial strip along South 13th Street.

For the most part, the transition from Poles to Hispanics has been quiet. But the Nov. 1 acid attack on Mahud Villalaz, 42, has led to a new unease about race in the neighborhood, with some fearful they could become the next victim.

“I just don’t want something like what happened to [Villalaz] to happen to me just because of the color of my skin,” said Miguel Leon, owner of Taqueria La Sierrita.

It was outside of his restaurant, which opened three months ago, where Villalaz, a Peruvian-born U.S. citizen, was attacked. Clifton Blackwell, a 61-year-old white man, has been charged with first-degree reckless injury in a hate crime using a dangerous weapon. He will be back in court Nov. 25.

According to the complaint, Blackwell called Villalaz an “illegal” after asking “Why did you invade my country?” and “Why don’t you respect my laws?” Blackwell is accused of throwing battery acid that left Villalaz with second-degree burns on his face.

Safety also is on the mind of Rosa Barragan, owner of Dulcemania, a piñata and candy shop located at 1915 S. 13th St. Barragan, who learned of the acid attack on Facebook, said she is fearful that hate might show its face at her door.

“I’m worried that someone might come in here and ask me what I’m doing here,” said Barragan, who is from Durango, a state in north-central Mexico.

Like Leon, she said, she opened her store in Polonia because she likes the neighborhood and because it has a large and growing Hispanic population. In fact, U.S. Census data from 2010 shows that 63 percent of the population in the 53215 ZIP code, where Polonia is located, identified as Hispanic or Latino, compared with 38 percent in 2000.

Hate crimes rise in Wisconsin as rates decrease in rest of U.S.

The FBI on Nov. 12 released annual statistics that showed there were 7,120 hate crimes reported in 2018, 55 incidents fewer than the year before. Hate crimes are classified by the FBI as a “criminal offense against a person or property motivated in whole or in part by an offender’s bias against a race, religion, disability, sexual orientation, ethnicity, gender, or gender identity.”

Although the total number of hate crimes decreased slightly, violent hate crimes, and the number of victims of racially motivated crimes rose last year. In addition, crimes directed against members of Hispanic communities increased, from 552 in 2017 to 671 in 2018.

In Wisconsin, the number of reported hate crimes increased from 48 in 2017 to 59 in 2018. Ten of those crimes were classified as aggravated assaults, 17 as simple assaults and seven as intimidation, according to the FBI data set. The Wisconsin data did now show how many of those crimes were directed against Hispanics.

A neighborhood in transition

For generations, the Polonia neighborhood served as a landing place for mainly Polish, but other Eastern European immigrants as well, said Gurda, a historian who has written extensively on the neighborhood. At one time it was among the largest Polish-American communities in the U.S., he said.

Many of Polonia’s residents worked along the rail yards or among the bounty of factories along West Cleveland Avenue, building furnaces, radiators and other goods. They spent their hard-earned cash at Cunningham’s restaurant, drank eight-ounce taps at one of the many walkable taverns, and they went to church at Saint Josaphat, he said. 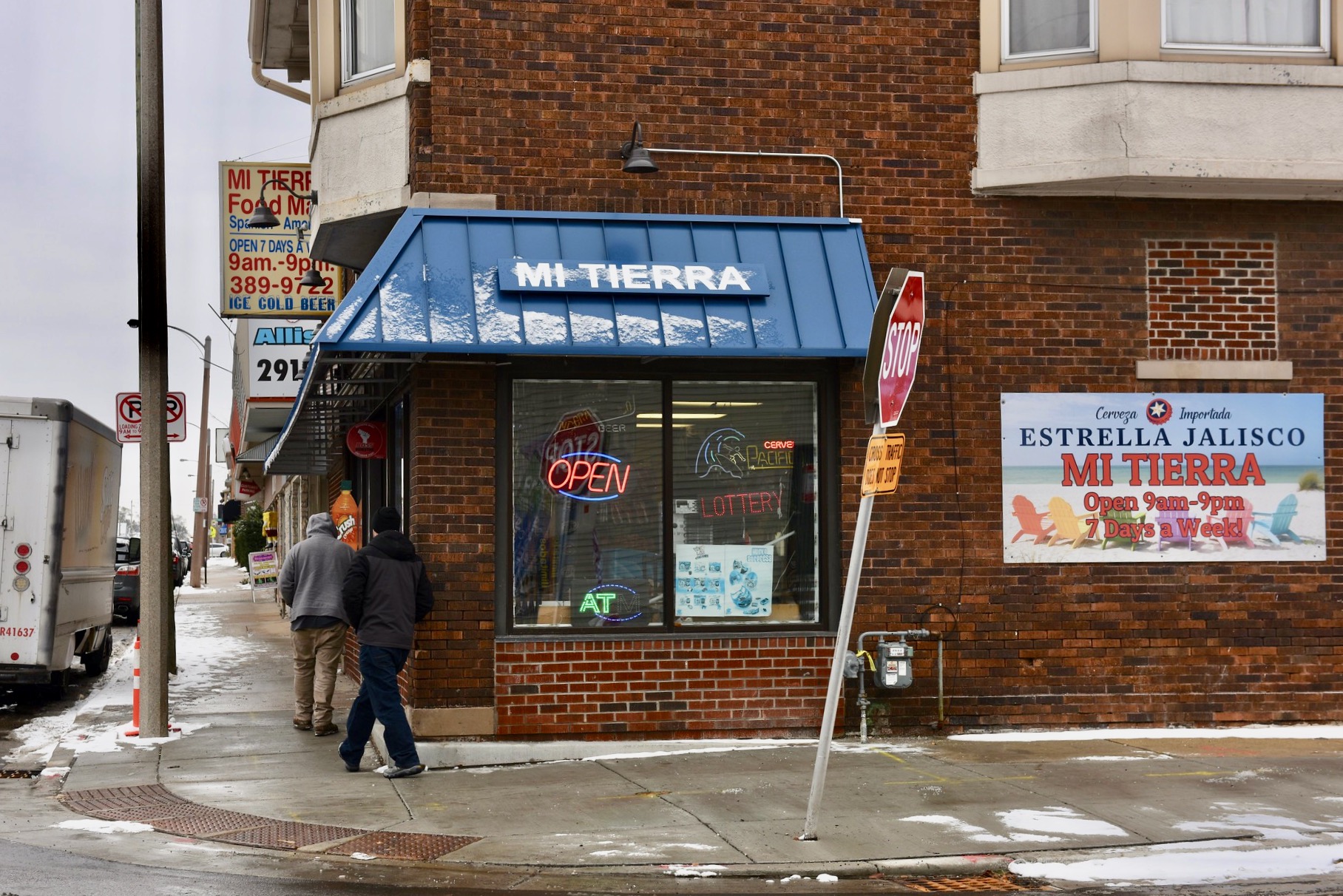 And when Hispanics moved in, things remained relatively quiet.

“The larger pattern in the neighborhood was if not active cooperation, at least peaceful coexistence,” Gurda said.

One reason for that, he said, is the commonalities the groups shared, including blue-collar work and Catholicism.

As for the racial attack on Villalaz, Gurda believes it was a one-off.

The attack is “a symptom of a national malady that’s gotten worse,” he said.

Despite her fears, Barragan acknowledges she doesn’t believe that hate against immigrants is widespread in Polonia.

“I’ve had many more good experiences with European people who live in this neighborhood than bad ones,” she said.

Rajvinder Singh, who owns South Star Foods, a convenience store located across the street from where the attack occurred, agrees.

“I’ve never had a problem or felt like someone had a problem with me because of my race,” said Singh, who moved his store to Polonia from Lincoln Village 12 years ago.

Meanwhile, Leon, who was at his restaurant the night of the attack and saw the burns to Villalaz’s face, said he is now much more cautious about his surroundings.

“Knowing someone would do that to someone just because of where he thinks you’re from is scary,” he said.