You are here: Home / Home / Carousel / NNS Spotlight: ‘God is not through with me’: Willie Brisco and his continued fight for social justice
Share this... 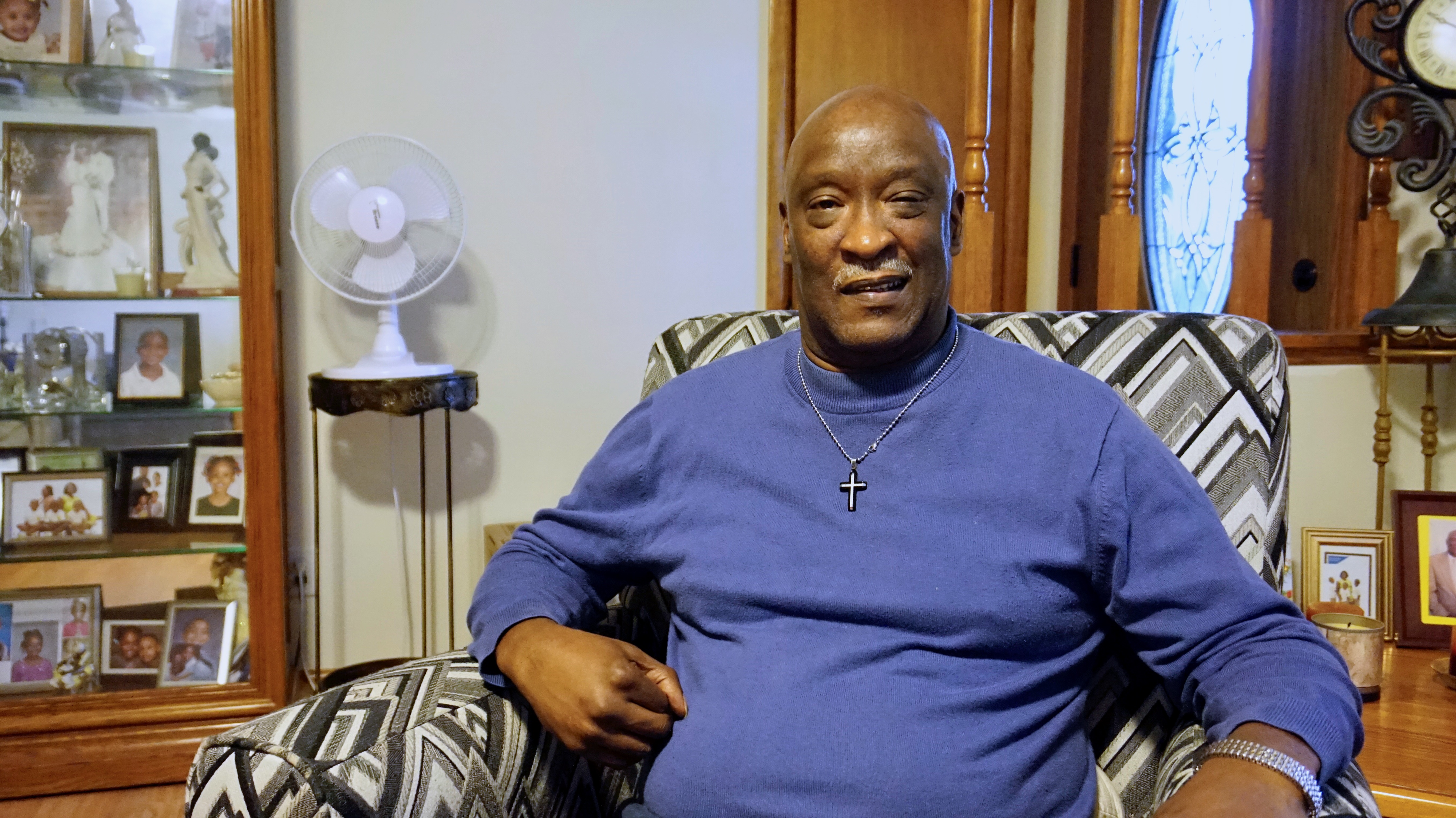 The Rev. Willie Brisco talks about his journey to activism in his home in the Bradley Estates neighborhood on the Northwest Side. “Everything that I have lived is God’s divine plan for creating in me the activist that I am,” he says “And along the way, he has shown me what I was supposed to do.” (Photo by Andrea Waxman)

The Rev. Willie Brisco is all about justice. Especially for his African American community.

For more than 36 years, Brisco has dedicated his life to fighting racism.

He has pursued his passion for justice through the Milwaukee Inner-City Congregations Allied for Hope, or MICAH, and WISDOM, the statewide social justice organization. As president of both organizations he has won significant improvements for the community.

And despite being slowed down by a stroke in July 2017, Brisco is still fighting the good fight.

“I realize that God is not through with me,” said Brisco, who is 66. “He’s using me in different ways.”

Through WISDOM and Ex-Incarcerated People Organizing, also known as EXPO, Brisco is working with Gov. Tony Evers and others to reform the correctional system. 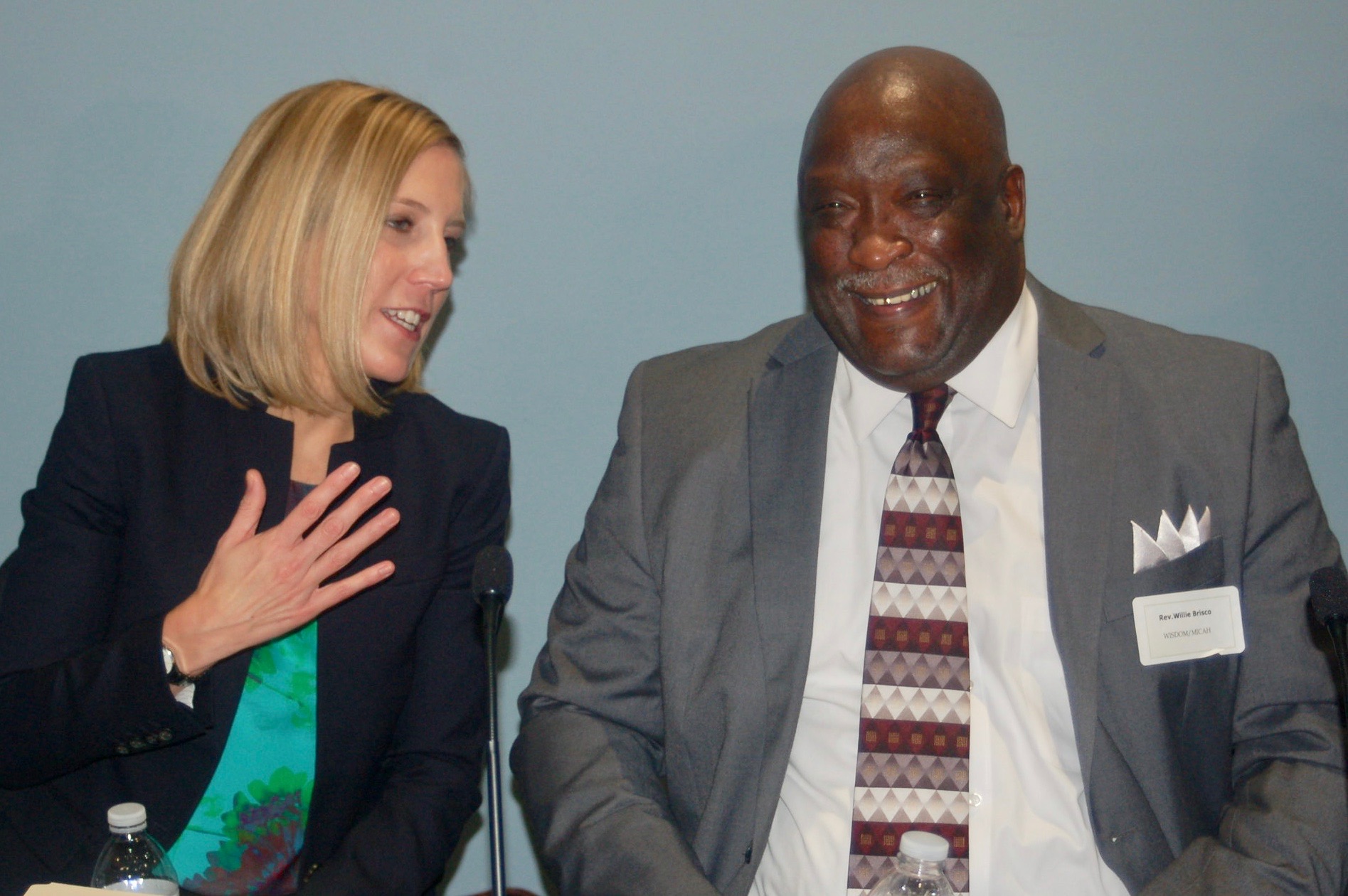 The Rev. Willie Brisco, then-president of WISDOM and MICAH, and Dr. Anne Bonds, UWM professor of geography and urban studies, speak on a panel about race in November 2016. (File photo by Naomi Waxman)

A champion for equity

Among the issues Brisco has taken on are inequalities in transportation, employment and housing. When Westlawn, the federal public housing development, was initially being rebuilt, he was the one who saw the injustices in construction employment that were happening there, said the Rev. Joe Ellwanger, a longtime civil right activist. The $300-million project was bringing in companies from Illinois and all over the state to do the work and not hiring people who lived in Westlawn and Milwaukee, he said.

Under Brisco’s leadership, what started with prayer vigils ended with a Department of Housing and Urban Development investigation in 2013 that found the city Housing Authority had failed to meet federal regulations for hiring low-income workers. Since then, things have turned around to the point where city housing officials meet on a regular basis with MICAH.

“Willie is really good at articulating and speaking truth, but he’s also smart in organizing and recognizing that if we expect change, we’ve got to work for it,” Ellwanger said.

Former Sheriff Lev Baldwin, one of Brisco’s mentors and a predecessor as assistant superintendent at the House of Correction, said Brisco “is a very intelligent guy, knowledgeable about the law and an excellent human being.”

Brisco worked for 25 years at the Milwaukee County House of Correction.

Richard Cox, a former superintendent at the House of Correction, said Brisco was a role model for the inmates.

“You can tell people they can succeed, but if they don’t see anyone like them succeeding, it’s just dead words. It means nothing,” Cox said.

Born in the small town of Sardis, Mississippi, Brisco, along with his younger brother and sister moved with their mother to Detroit in the early 1960s and a year later to Milwaukee, where they had relatives.

They first lived near 16th Street and McKinley Avenue and then near Teutonia Avenue and Wright Street. He attended Wells Junior High School and what is now Roosevelt Middle School of the Arts before graduating from North Division High School in 1972.

Brisco is the father of two sons, two daughters, two stepdaughters and has 12 grandchildren and one great-grandchild

“Everything that I have lived is God’s divine plan for creating in me the activist that I am,” he said. “And along the way, he has shown me what I was supposed to do.”