You are here: Home / Home / Carousel / ACLU presses city to step up implementation of stop-and-frisk settlement
Share this... 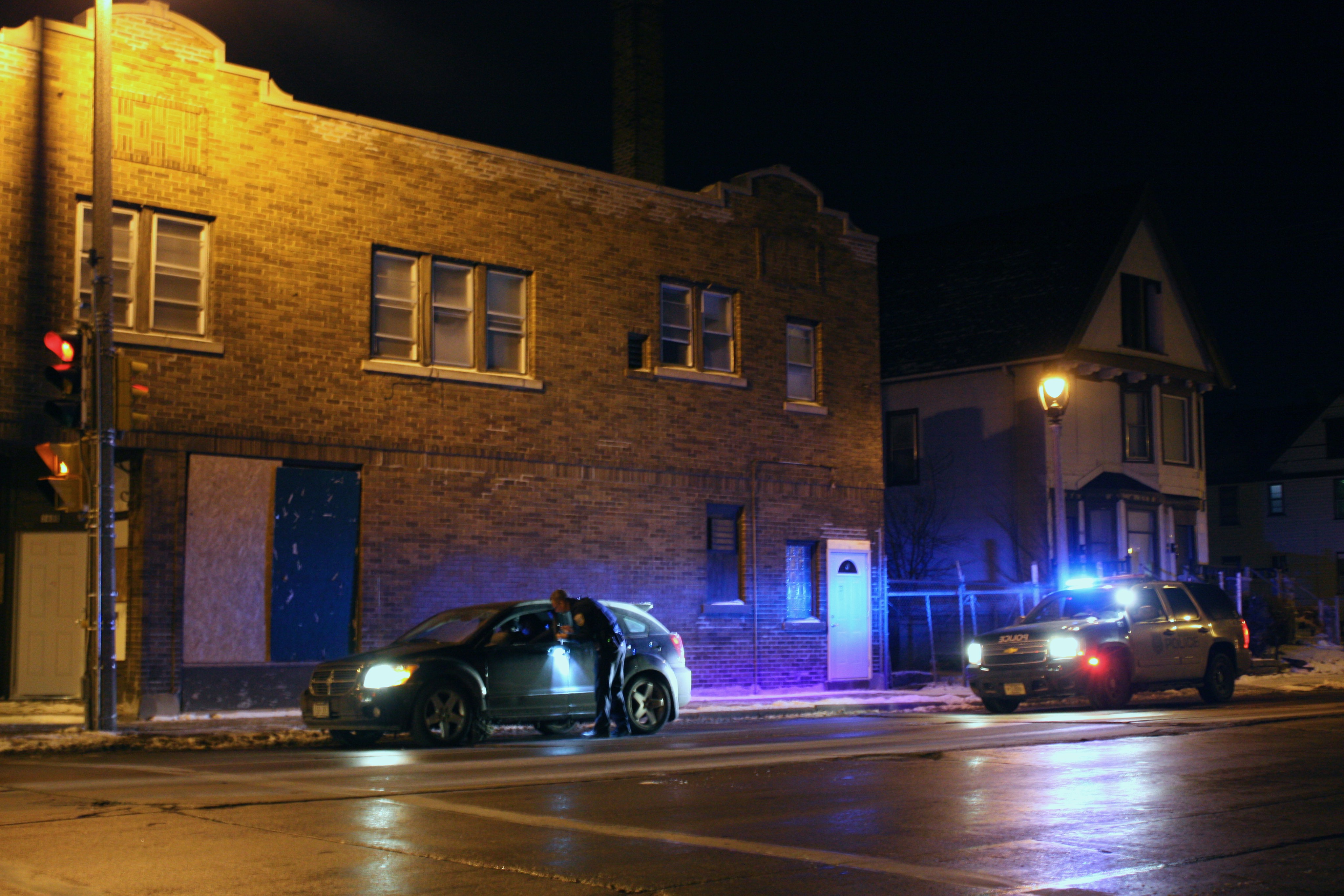 The ACLU of Wisconsin has stated that it is concerned that the city, including the Milwaukee Police Department and Fire and Police Commission, is not meeting the terms of the stop-and-frisk settlement. (File photo by Jabril Faraj)

Nearly a year and a half after the Milwaukee Common Council approved a historic $3.4 million settlement that mandated sweeping reforms of stop-and-frisk practices, little progress has been made, leaders from the American Civil Liberties Union of Wisconsin say.

Karyn Rotker, senior staff attorney for the ACLU of Wisconsin, called on city leaders to take ownership and put “the settlement into practice.” Rotker made her comments last week during a Facebook Live update on the progress of the settlement.

The mayor’s office and the Fire and Police Commission declined to be interviewed or provide a statement for the story. Milwaukee Police Department spokeswoman Sheronda Grant said in a statement that the MPD was taking the reforms mandated in the settlement seriously and is committed to fulfilling the agreement.

The class-action lawsuit, filed in February 2017, was brought by the American Civil Liberties Union, the ACLU of Wisconsin and the law firm Covington and Burling., representing Charles Collins and eight other Milwaukee residents. Collins, a military veteran and longtime Milwaukee resident in his late 60s, was pulled over by MPD officers while driving home with his wife after visiting their son in 2014. Like the other plaintiffs, he broke no laws and was never charged.

In addition to the city, the Milwaukee Police Department and Fire and Police Commission were included in the lawsuit.

During the Facebook broadcast, the ACLU outlined several deadlines it says city leaders have not been met. They include a failure to provide adequate supervision of MPD staff, an insufficient review of body and dash cam footage and a failure to share information on each stop and frisk made by Milwaukee police.

The ACLU added the commission has not met requirements regarding the review of dash and body cam footage and has not been auditing all complaints from members of the public and officers within MPD who report police misconduct. The ACLU contends that the failure by the city, MPD and the FPC to meet deadlines have hindered the ability to determine whether issues that led to the lawsuit are being addressed.

Failure to meet those terms by July 2020 could result in legal action from the ACLU, which agreed to a grace period of two years from the time when the agreement was finalized.

“At that time, we will have to review the City’s actions and compliance and determine whether to ask the court to intervene,” Rotker stated to NNS.

The ACLU’s allegations are largely based on the findings of the Crime and Justice Institute, the independent agency contracted by the city that released a report on the agreement in September.

The Crime and Justice Institute report found that from  January to June 2019, nearly 1,800 members of the MPD, including officers and supervisors, were trained on the requirements of the settlement agreement and that internal affairs officers received training on complaint procedures.

But that training needed to be followed by the installation, monitoring and enforcement of new policies and regulations, which also involves increased attention to and collection of data.

Meeting those standards will be difficult, given the staffing shortages and limited financial resources of both the police department and the fire and police commission, the report said.

Grant said the police department “has been working in earnest to achieve the requirements and expectations of the Agreement.”

Grant also referred to other findings from the report as evidence that MPD had been making progress toward meeting those requirements.

“To date, CJI has witnessed an authentic commitment on the part of MPD to the goals and tasks that are outlined in the Settlement Agreement,” according to a statement from the report.

The ACLU criticized the department’s failure to issue a “Community Policing Status Report,” which was supposed to happen twice a year, and the underutilization of the Community Collaborative Committee and other avenues for increased community engagement, as examples.

Disarray at the Fire and Police Commission

The Fire and Police Commission has come under fire recently, with multiple reports of disarray and staff turnover connected mainly to the appointment of Griselda Aldrete as commissioner in August. The latest bombshell was a resignation letter from longtime investigator Cheryl Patane to the Fire and Police Commission and Common Council, citing a “frightening ignorance of FPC operations.”

The ACLU and others have also accused Aldrete and the commission of deterring public input by changing the public comment process at public hearings.

Aldrete, during a Steering and Rules Committee hearing on Dec. 4, defended her leadership of the commission. She said despite recent resignations and ongoing staffing shortages, the commission had been busy reviewing disciplinary appeals and standard operating procedures as well as handling open records requests and conducting several investigations.

In terms of staffing shortages and financial constraints of the FPC and other city entities, Rotker stated that the costs associated with the settlement reforms are not a surprise and that city officials need to reallocate existing resources to ensure compliance and not violate the agreement.

“It’s clear and it’s always been clear that they needed additional staffing in getting up to speed in terms of the auditing and some of the other requirements,” she said.