You are here: Home / Home / Carousel / ‘It wouldn’t go away’: The flu is menacing Milwaukee. Here’s how you can fight back.
Share this... 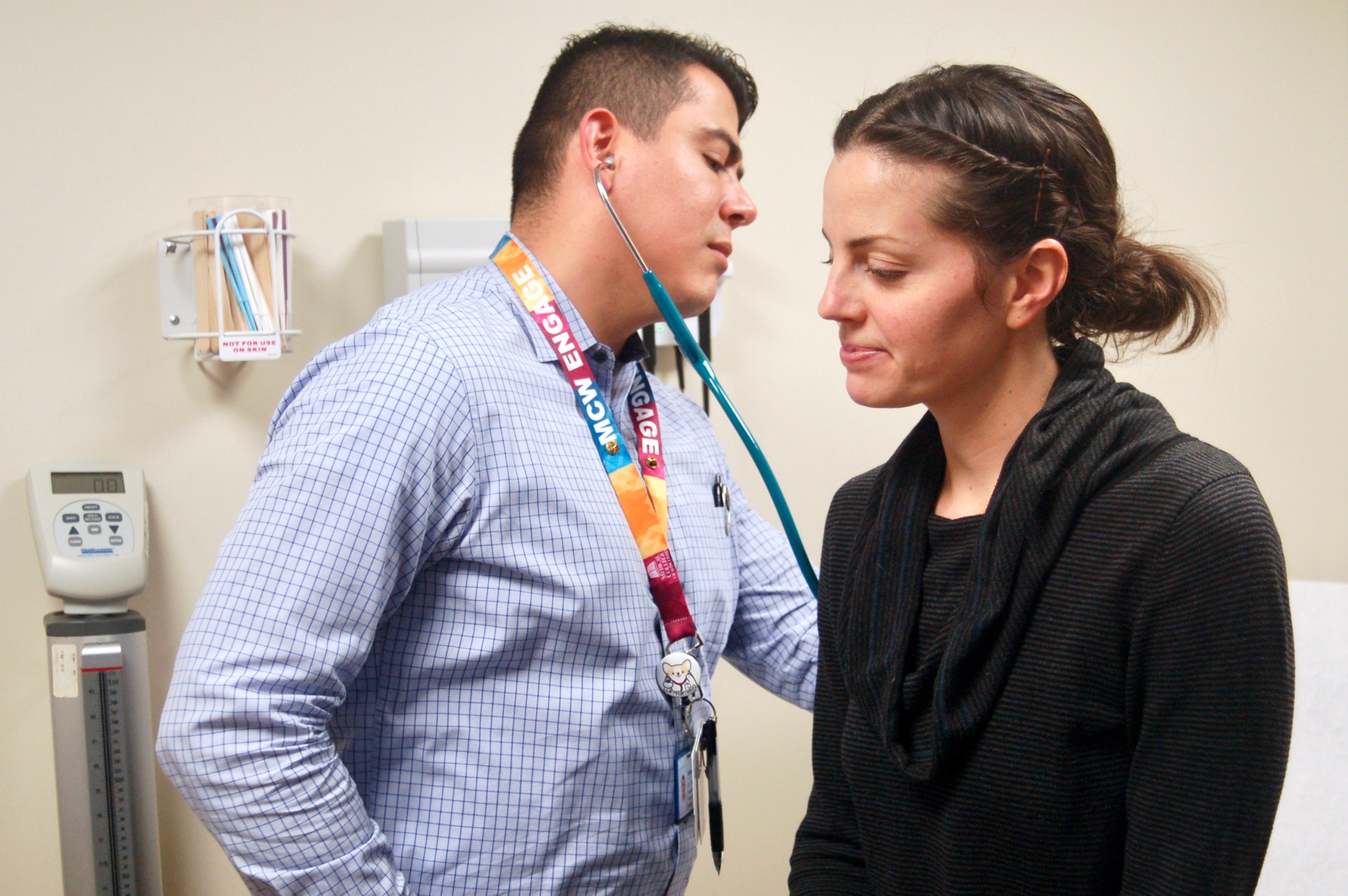 Dr. Jorge Ramallo, who practices internal medicine and pediatrics at the Sixteenth Street Community Health Center, said the best way to avoid influenza is by getting the flu shot. (Photo by Edgar Mendez)

The flu is back with a vengeance this year and hitting the Milwaukee area hard.

From September through December, there were 131 influenza-related hospitalizations in the city, compared with just 17 through the same period the year before, according to the Milwaukee Health Department. The flu season typically runs from October to March, health officials say.

It was during that period that Deborah Montano, who lives on Milwaukee’s South Side, was hit with the flu. She ended up in the doctor’s office twice but still had trouble shaking it.

“I was sick for four weeks from November to December,” Montano said. “I tried everything you could imagine to get over it, and it wouldn’t go away.”

The increased spread of the flu this season was not isolated to Milwaukee, with state health officials also reporting record number of flu hospitalizations and 15 deaths, including one child who died in southeastern Wisconsin, according to data from the Wisconsin Department of Health Services. The Centers for Disease Control have reported elevated flu levels nationwide, with double the number of pediatric flu deaths as last year.

Because antibiotics don’t work against the flu, doctors prescribe antiviral drugs. Those drugs can only do so much, so many times, and the flu has to just run its course, Ramallo said.

Ramallo said children and those older than 65 are most at risk for severe flu complications, although anyone can get very ill from it. Common symptoms of the flu include high fever, body pains, nausea and vomiting, a runny nose and a cough. Symptoms are similar to that of the common cold but can become much more menacing. Dangers include severe dehydration, the development of pneumonia and even death, Ramallo said.

“The best thing you can do if you’re experiencing any of those symptoms is to go see a doctor immediately,” he added.

How to beat the flu

The best course of action for avoiding getting sick – and you have definitely heard this before – is washing your hands. It is also wise to avoid going to places where large numbers of people frequent such as grocery stores and other crowded areas because you have less chances to come into contact with the virus through touching or from coughs or sneezes, Ramallo said.

And be sure to get the flu shot.

Ramallo acknowledged that there are many misconceptions about the flu shot, including stories of individuals who say they got sick right after receiving one.

He said the shot doesn’t make a person sick.

Rather, the flu shot works by introducing inactive strains of the flu virus into your bloodstream, which helps it develop antibodies that attack the real virus when introduced, he said.

If you have questions about the vaccine, he advised talking to a doctor rather than relying on social media or what others are saying.

Alison True, director of communications for Sixteenth Street, said costs should not deter anyone from getting the flu shot.

“It doesn’t matter if you have insurance or not, or whatever your status is, there are many ways to access the flu shot,” True said.

And although it is getting late in the season and the best time to get a flu shot is in the beginning of fall, it’s not too late.

“Go to a clinic, and you can get it the same day, and you’ll be safer because of it,” Ramallo said.