You are here: Home / Home / Carousel / How one Milwaukee group plans to build civic power beyond the 2020 presidential election
Share this... 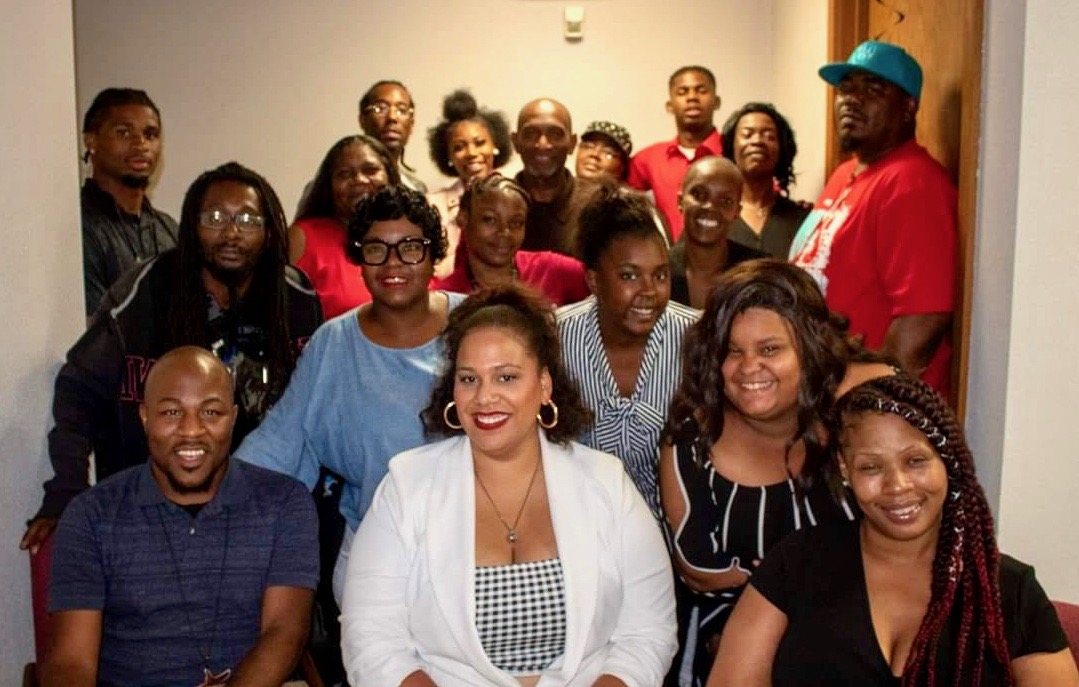 BLOC plans to hire over 70 ambassadors, taking its canvassing staff from its current 30 to over 100. (Photo provided by Black Leaders Organizing for Communities)

“What does it look like for the black community to thrive?”

That’s what BLOC, Black Leaders Organizing for Communities, has asked thousands of Milwaukeeans living on the North Side since November 2017.

“Rain, sleet, snow, no matter the weather we are connecting with our people,” said BLOC Ambassador Tamer Malone, who grew up just north of Havenwoods. “That’s what we do on a daily basis here.”

Though the idea of BLOC was in the back of her mind before the 2016 presidential election, Executive Director Angela Lang began the process of launching the organization after noticing that black Milwaukeeans were being blamed by some liberals and progressives for Donald Trump winning Wisconsin by less than 1%.

“People were pointing fingers at black voters and black people, which I thought was a harmful and interesting narrative,” she said. “People just assumed that we would show up and vote a certain way.”

For Lang and BLOC, effective voter engagement is something done year-round, not just during election season.

“The black community wasn’t engaged in a meaningful way,” said Lang, who grew up near Merrill Park. “What does it look like to not wait for a candidate or party, but to do year-round civic engagement ourselves?”

From this vision, the idea of BLOC was sharpened over the following year. BLOC would be explicitly rooted in black voices and black power. BLOC would operate exclusively in Milwaukee. While national support would be welcomed, the mission and vision would be driven by black Milwaukeeans.

Heading into 2020, BLOC has attracted national attention. Tides, a San Francisco-based philanthropic organization, acts as BLOC’s fiscal sponsor, meaning it performs administrative tasks for BLOC and accepts tax-deductible donations on BLOC’s behalf. According to Lang, additional funding for the $3 million budget BLOC has for work in 2020 comes from organizations such as the Center for Popular Democracy, For Our Future, the Movement Voter Project as well as individual donors. With the money, BLOC plans to hire over 70 ambassadors, taking its canvassing staff from its current 30 to over 100. 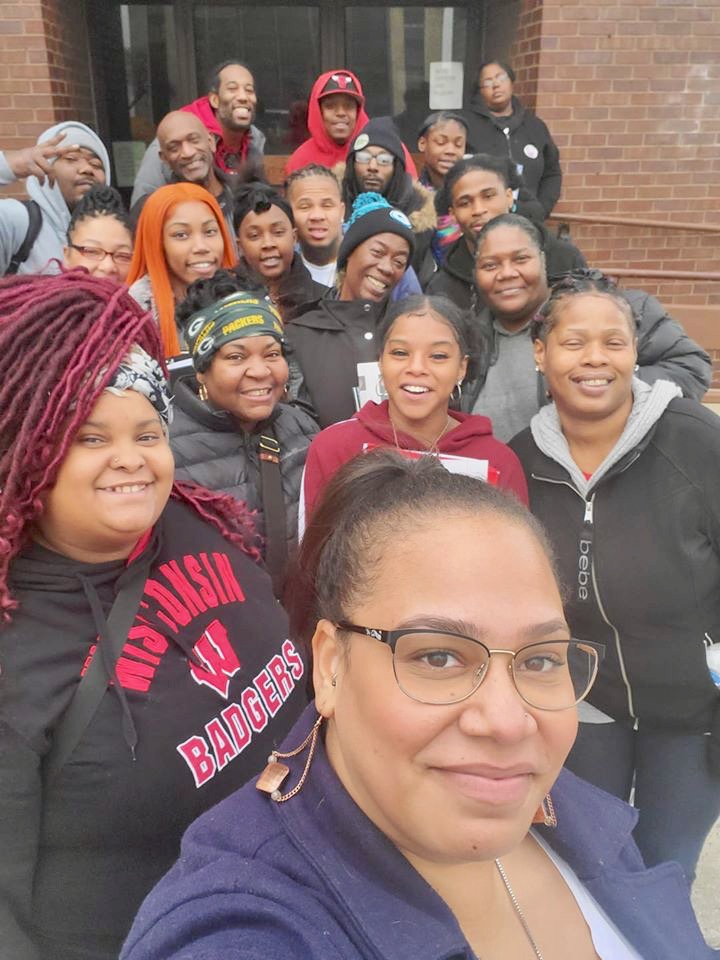 Since Nov. 29, 2017, BLOC organizers say the group has knocked on hundreds of thousands of doors in Milwaukee and connected with thousands of Milwaukeeans. In 2018 alone, BLOC said it made 227,483 doors attempts and had conversations with 20,336 people.

These thousands of conversations have attracted the attention of elected officials, but BLOC wants to ensure politicians meet black Milwaukeeans on their own terms. For instance, politicians are invited to canvass with BLOC, but only through BLOC’s Silent Canvass program. During a Silent Canvass, candidates shadow BLOC ambassadors as they go door to door but are not allowed to introduce themselves as a candidate or give any policy pitches. They can, however, introduce themselves by first name and share stories with people they meet.

“When candidates knock on doors, they are used to being able to give their pitch and having people sit back and receive that,” said BLOC’s Political Director Rick Banks. “We want to make sure it is a learning experience for the candidate. That they hear the unabridged truth from the people.”

Banks said a common takeaway from candidates is that they “see the best and worst of Milwaukee in two hours.” Other candidates have reflected on their own privilege, been moved to tears and shared stories from the experience at later stops on the campaign trail. Local elected officials, gubernatorial candidates and even aspiring presidential candidates such as Amy Klobuchar, Julián Castro and Cory Booker have participated in the program.

“We’re really trying to expand the idea of civic engagement. We want people to know that they are worth more than their ability to vote,” Lang said. “We want people to understand that whatever your circumstance, you can get plugged in.”

With 2020 being a key election year, BLOC expects to meet with dozens of political candidates. In order to get candidates caught up with what BLOC is hearing and keep them accountable, organizers created the BLOC Agenda in December.

“The agenda was created from what people have been saying that they want,” said Banks. “So elected officials are going to come to meetings with a firm understanding of what people are saying.”

Beyond electoral politics, BLOC is engaged with other campaigns such as LiberateMKE, which seeks to reallocate funds from the Milwaukee Police Department to non-police violence prevention strategies. BLOC also is involved in the St. Joe’s Accountability Coalition, which seeks to hold officials from Ascension St. Joseph Hospital accountable in the community.

More informally, BLOC is training dozens of new organizers with roots on the North Side to act on future issues. Malone, an ambassador with BLOC since March, said she had little political experience before starting with BLOC.

“It was way out of my comfort zone,” Malone reflected. “But I love it. For as long as I live, I will continue organizing for my people.”