You are here: Home / Home / Carousel / Checking in: ‘We didn’t get the high school experience they had’: Seniors tell us about their memorable school year
Share this... 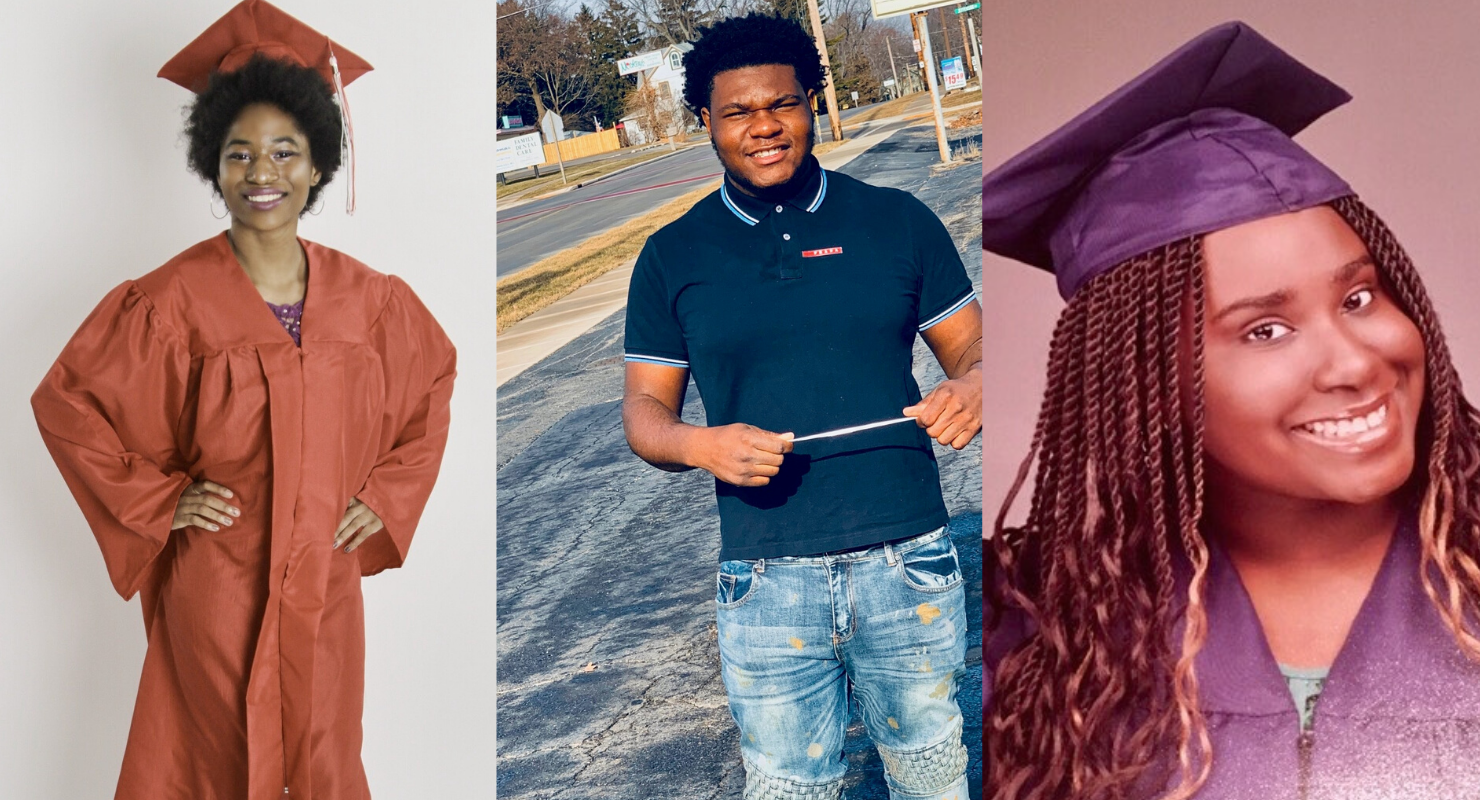 As high schools in Milwaukee close for in-person instruction for the rest of the school year, typical milestones such as graduation, prom and saying final goodbyes are in limbo.

We checked in with three high school seniors in a group interview to see how they are coping with the challenges brought on by the coronavirus. Tiangelique Dunigan, Jonathan Rogers and Charmeka Wells are all members of Urban Underground, a youth leadership development organization.

How did you expect this senior year to end? 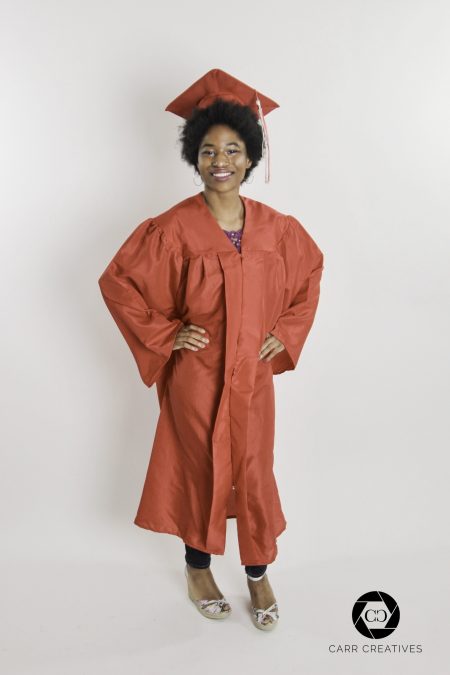 Tiangelique Dunigan is a graduating senior at Milwaukee High School of the Arts. (Photo provided by Urban Underground)

“I had everything planned out. I am in a program called M3, which I took college credits with. I was going to graduate with 19 credits, graduate with honors and have a big graduation party. Basically live the senior dream.”

“I was looking forward to it. I never had a graduation, so this was going to be big for me. Now I never will, it is what it is.”

Do you all feel the same as Charmeka about virtual graduation?

Dunigan: “Yes I feel the same way. I go to a performing arts school, so graduation was going to be this big shebang, basically something out of “High School Musical.” The choir students were going to perform, the creative writing majors were going to write these beautiful speeches, possibly a dance performance, and there were going to be over 200 of us graduating.”

Rogers: “Yeah I agree with what everyone else said.”

Do you think holding graduation virtually is more for adults or for young people? 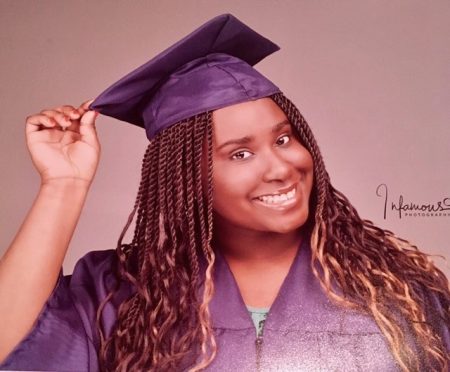 Wells: “I feel like it’s not for adults in my family but more for adults that run our school. I say that because they’re just telling us ‘you graduated, here’s your ticket, see you later.’ For parents, they want to see their kids walk across the stage, and you can’t do that. It’s just not the same energy.”

Dunigan: “I see what Charmeka is saying but I do think it is partly for us. Maybe they feel bad that thousands of students didn’t get to see each other one last time? So I think giving us a virtual graduation gives us that chance.”

Rogers: “Yeah I think it is for us, but, you know, they may also feel bad. Because we didn’t get the high school experience that they had.”

Have you tried to recapture moments like graduation or prom at home or just accepted that it isn’t going to happen this year?

Wells: “Usually when we have a graduation or big family achievement, we have a big family party with everyone. Now we’re just having a household party. Which is sad because I wanted to see my friends and people I haven’t seen in a really long time. Yes, celebrating with people in my house is special, but I also just wanted to celebrate with everybody. It’s not as happy as I wanted it to be.”

Dunigan: “My family hasn’t really done much in keeping traditions. We’re kind of on the other side of the spectrum where we’ve accepted it just isn’t happening.”

What were you planning to do after high school, and have those plans changed? 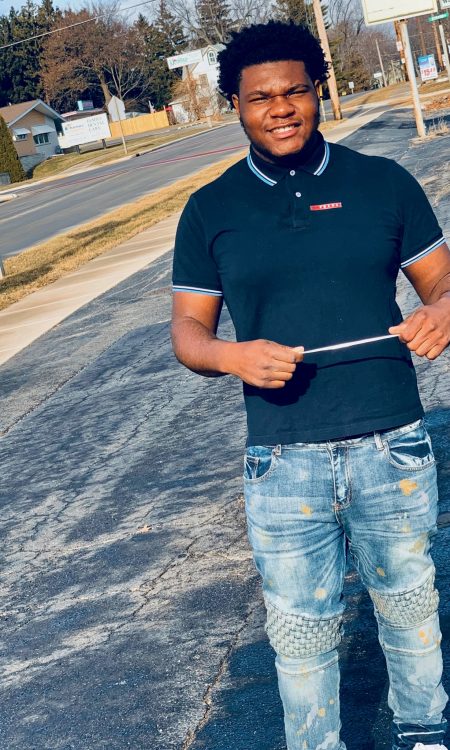 Rogers: “My plan is to go into the Army and then go to school. I feel like it’s going to go well after this. I’m home all day and can work out and get my cardio ready for the Army. So it’s good for me, even though for everybody overall it’s not a good thing.”

Wells: “My plan was to attend UWM for atmospheric science. It’s kind of up in the air for me because the place I want to go is already taking precautions and people are saying the second wave is going to be worse. So I’m getting ready for a repeat of what just happened, even though I don’t want to go to college only for everything to get cancelled again. I just don’t want to get my hopes up too high only for everything to get devastated again.”

Dunigan: “My plan after graduation is to attend Washington University in St. Louis. So far my plan hasn’t changed.”

What are you thinking and feeling right now?

Rogers: “I’m happy I don’t have to go to school anymore, but I’m also going to miss it. Basically it’s the last few months of high school and I was looking forward to them.”

Wells: “When Governor Evers extended the ‘Safer at Home’ order, I had a mental breakdown: I was crying, I was angry, I was throwing things. I was just really upset because I thought that everything was getting better, and I was like ‘I don’t want to stay in the house any longer, I was to go outside.’ But I also take this as a message from God that there was something wrong with our world and that this is our chance to fix it, or a time to be thankful for what we do have.”