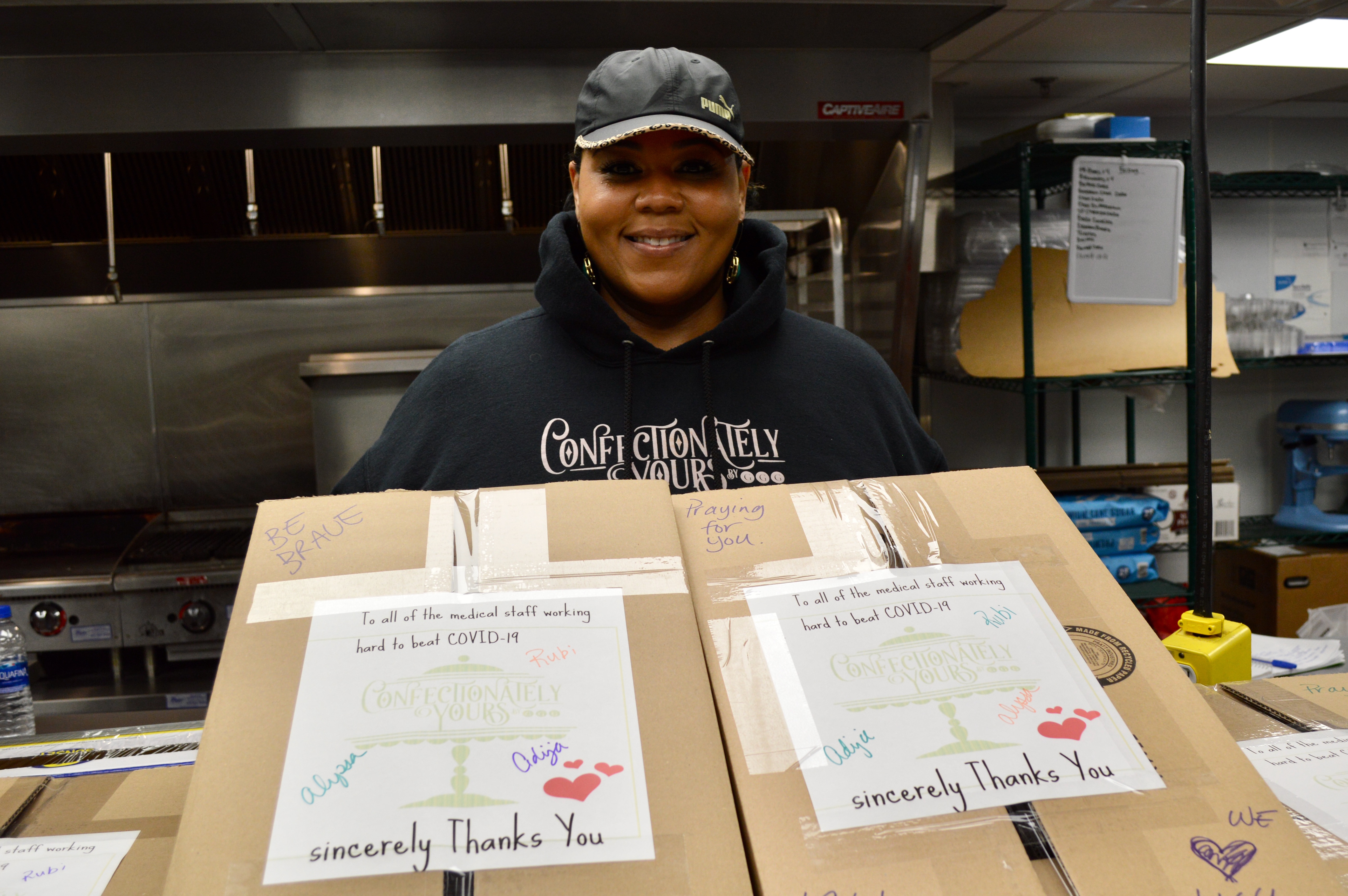 Each box contains three types of cookies and messages of positivity. (Photo by Ana Martinez-Ortiz)

Editor’s note: This article has been updated to correct the Cash App username.

Adija Greer-Smith wanted to find a way to show thanks to the health care workers at West Allis Memorial Hospital who were taking care of her best friend’s husband.

So she went on a baking spree.

Since late March, Greer-Smith, the owner of Confectionately Yours, has been making 500 to 600 cookies a week and giving them away to essential workers.

“I had a lot of inventory I didn’t want to waste, so I said, ‘Let’s make cookies for health care workers,’ ” she said.

Since March 23, Greer-Smith’s cookie drives have become a weekly occurrence. The number of cookies she can make depends on the number of donations.

“No donation is too small, even if you can only give $2, that’s a cookie for a healthcare worker,” Greer-Smith said, adding that some people have donated ingredients such as flour.

Once the donations are totaled on Saturday, Greer-Smith makes the dough on Monday, bakes the cookies on Tuesday and delivers them on Wednesday. 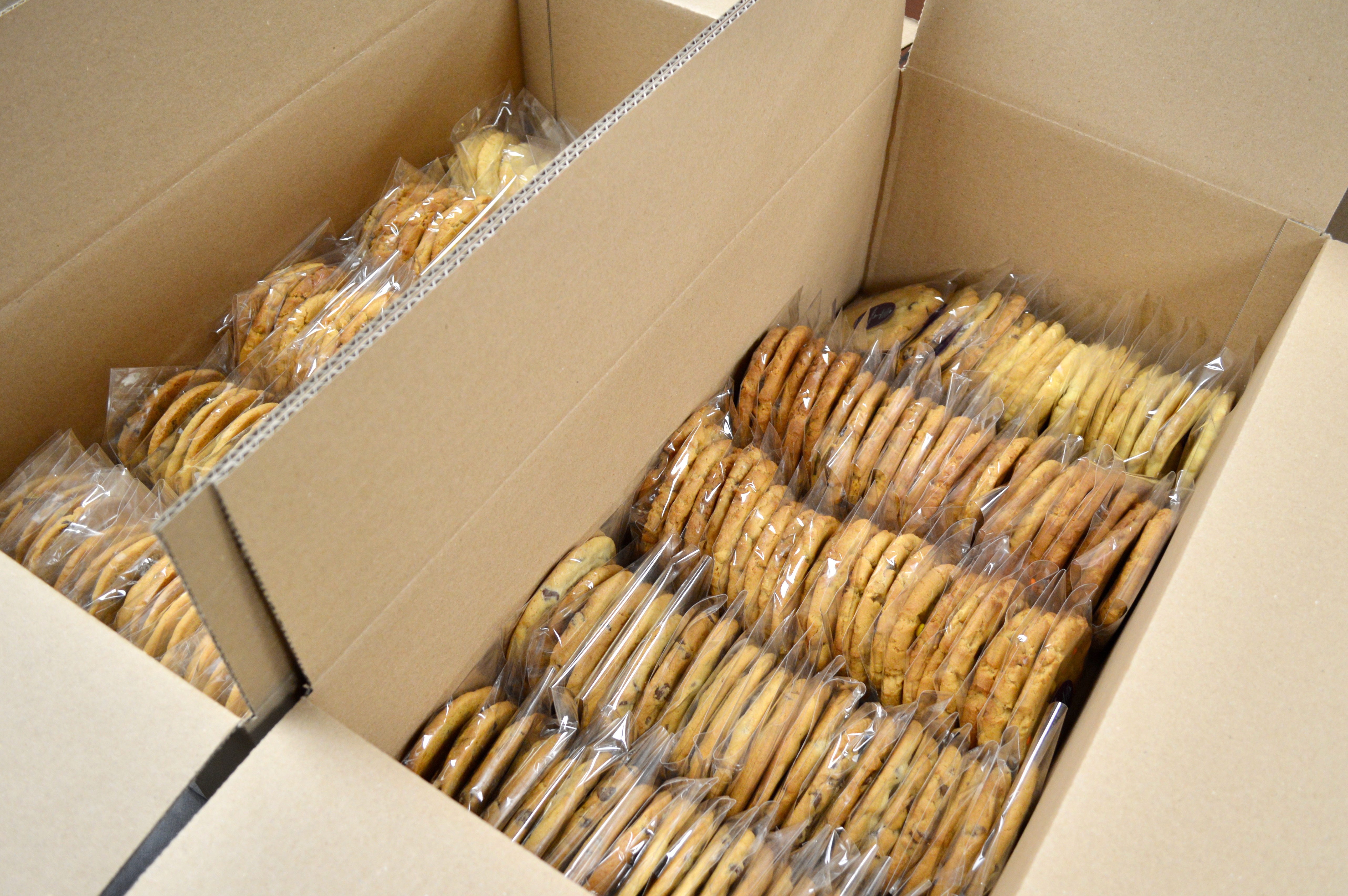 Each box contains three types of cookies and messages of positivity. (Photo by Ana Martinez-Ortiz)

So far, Greer-Smith, 40, has hit every hospital in Milwaukee and has begun dropping cookies off at dialysis centers, testing labs, funeral homes and fire departments.

Baking her way through

When the quarantine began, Greer-Smith, made the decision to let many of her employees go so they could collect unemployment.

“As much as they would do it without being paid, they also have families,” she said.

However, Rubi Burgos, who was hired in late January, has still been able to help with the cookie drives. 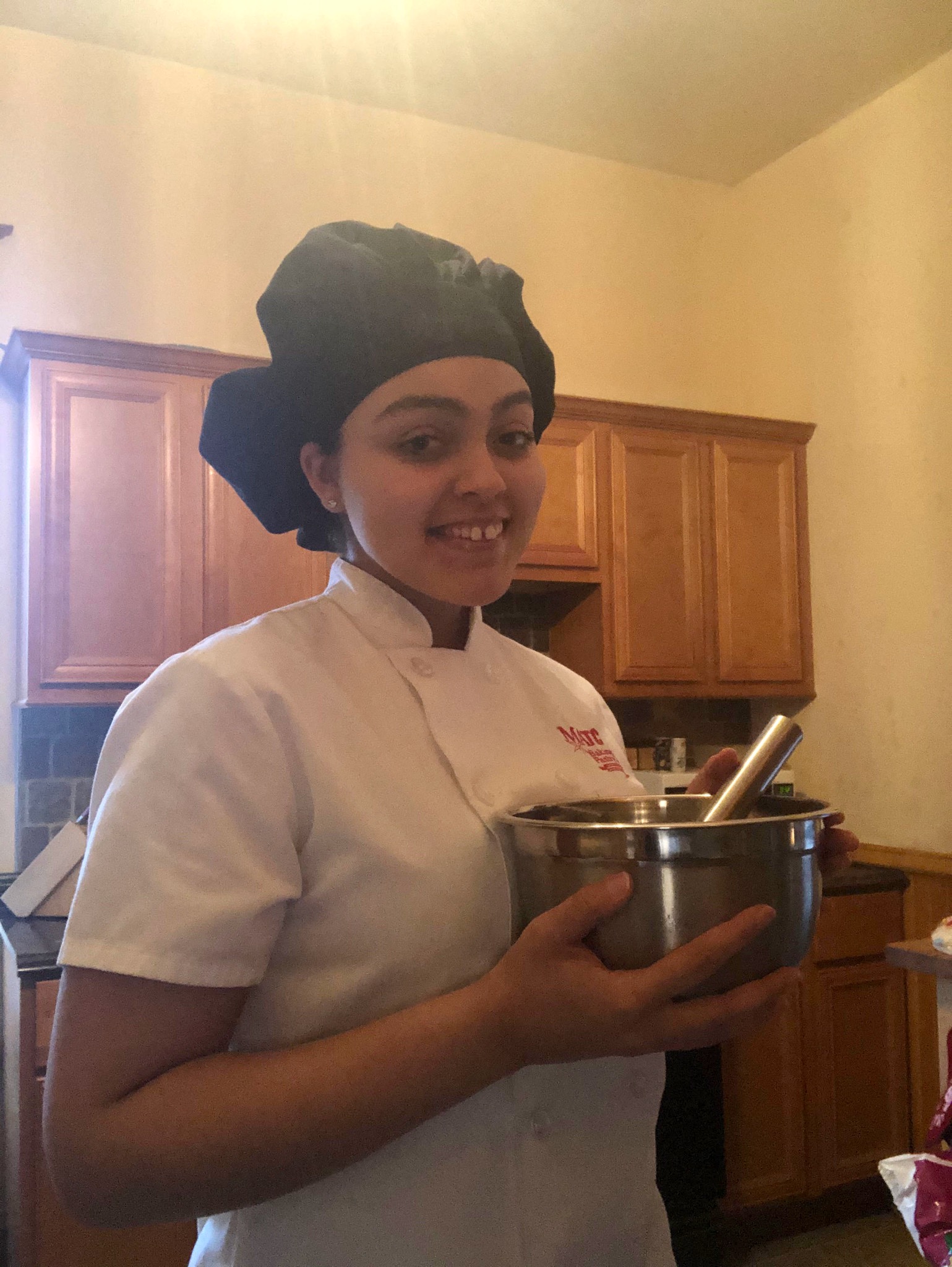 Burgos owns her own baked good business, NeiLynn’s Confections, and is studying baking and pastry arts at Milwaukee Area Technical College. She was hired at Confectionately Yours as a baker and cake decorator.

“I’ve been trying to keep busy baking and go to down to help Adija when she needs it,” Burgos said.

Every Monday, Burgos goes to Confectionately Yours to help prep the dough for Tuesday’s bake. While the quarantine has been tough on both their businesses, Burgos said she enjoys being in the kitchen knowing that she and Greer-Smith are doing everything they can to brighten someone’s day.

Ascension St. Joseph Hospital was one of the first places to receive cookies.

Kevin Kluesner, the chief administrative officer at Ascension St. Joseph, said he was delighted to receive the gourmet cookies.

Kluesner said nothing shows appreciation like food, especially when it comes from a neighbor.

“It reminds everybody that we’re not alone in this fight, that our neighbors and community are behind us,” said Kluesner, who has worked in health care for 39 years.

Kluesner said when the delivery arrived, the hospital’s administration made sure everyone received a cookie, from the nurses to the housekeepers to the pharmacists to the lab techs.

As a social person, Greer-Smith said the toughest part of the quarantine is not being able to see her family or customers.

Greer-Smith hopes that people will continue to unite after the pandemic ends.

“We will get so much further as a nation if we stand together,” she said.

HOW YOU CAN HELP

COVID-19 got you down? Let these words from the community lift you up.

Community Heroes: Meet Milwaukee’s queen of rapid response for those in need

Community Heroes: Mutual aid group steps it up to help neighbors in need