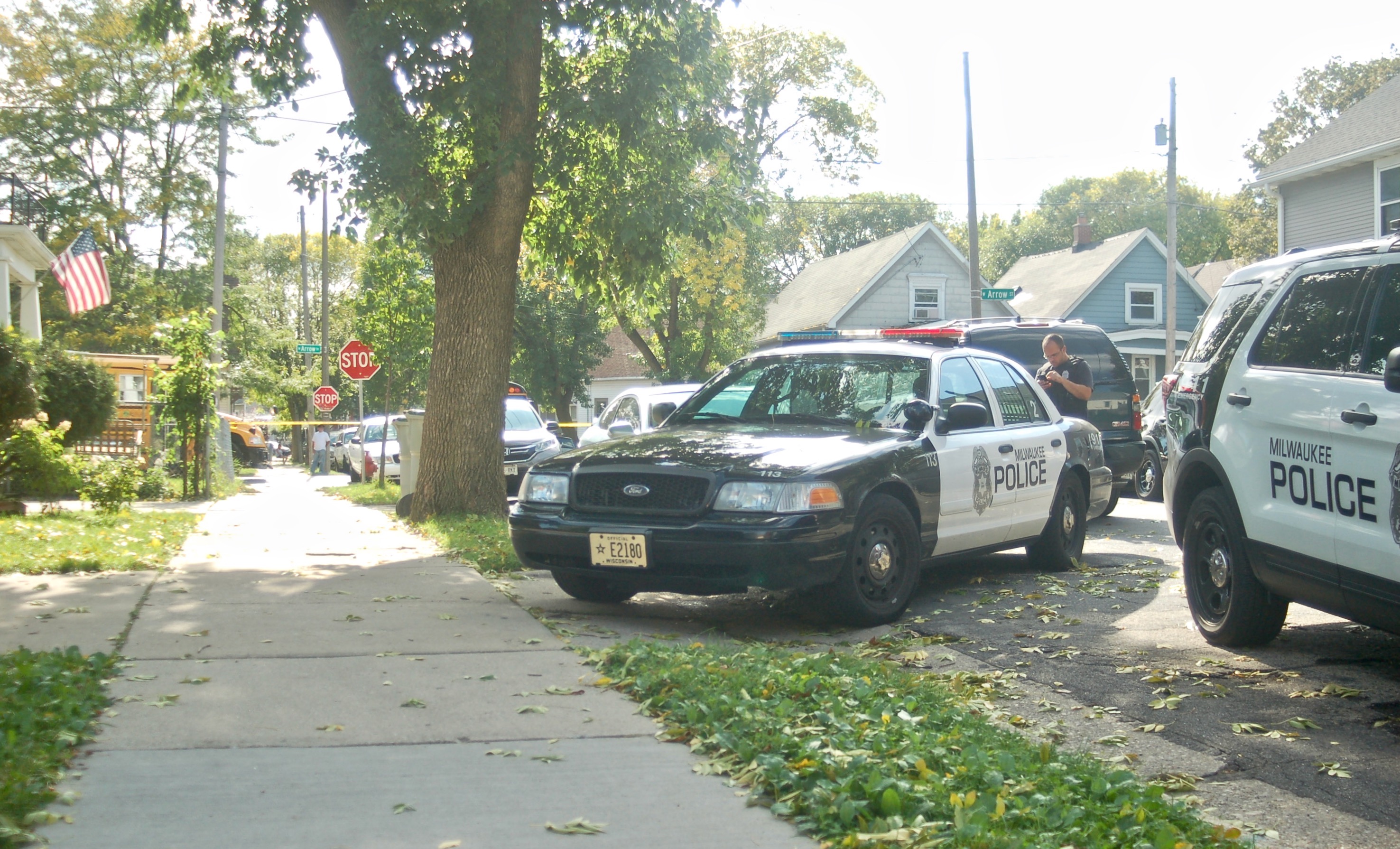 Most of the safe-at-home arrests occurred on the city’s North Side. A spokeswoman for the police department says: “The Milwaukee Police Department took great pains to ensure that our members educated the public prior to taking enforcement action.” (File photo by Edgar Mendez)

African Americans make up the majority of residents arrested on charges of violating Milwaukee’s stay-at-home order, according to data obtained from the Milwaukee Police Department through a public records request.

The stay-at-home measure began being enforced in Milwaukee and other cities in Wisconsin as fears grew over the spread of the coronavirus.

On April 21, the Milwaukee Common Council unanimously approved a $500 fine for violations of the statute after widespread reports of noncompliance to the order. Police had begun to enforce the order before that measure.

The other four arrests involved a business owner who refused to abide by the order; two individuals caught fleeing from police; and another person involved in a fistfight that resulted in a nonfatal shooting, she said.

When asked about racial disparities in arrests, Grant told NNS: “The police department did not target anyone for being outside their places of residence or business.

“The Milwaukee Police Department took great pains to ensure that our members educated the public prior to taking enforcement action.”

But leaders from the ACLU of Wisconsin say the arrests point to a troubling pattern by the Milwaukee Police Department.

“We’re concerned that these arrests reflect the disparate treatment at the hands of Milwaukee police that the community has long experienced,” the ACLU of Wisconsin said in an email to NNS. 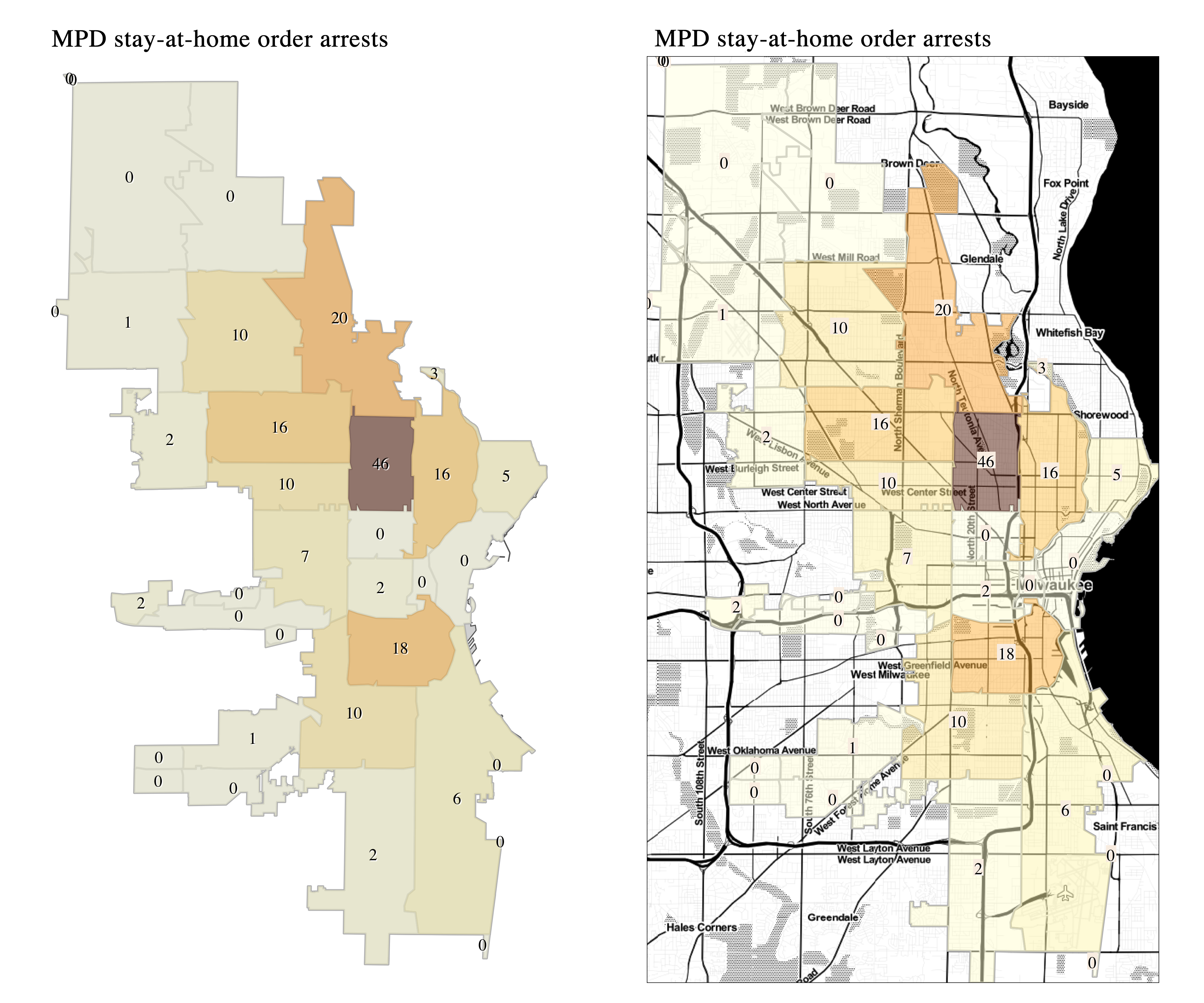 The organization has consistently criticized the MPD and the Fire and Police Commission for their efforts to comply with the terms of a $3.4 million settlement in the ACLU’s stop-and-frisk lawsuit against the city.

The class-action lawsuit, filed in February 2017, was brought by the American Civil Liberties Union, the ACLU of Wisconsin and the law firm Covington and Burling., representing Charles Collins and eight other Milwaukee residents.

Collins, a military veteran and longtime Milwaukee resident in his late 60s, was pulled over by MPD officers while driving home with his wife after visiting their son in 2014. Like the other plaintiffs, he broke no laws and was never charged.

“The intention has never been to penalize or punish people, but find what is the most effective way for people to take actions to protect their best health interests,” said Barrett, adding that African American and Latino populations in the city have been hit hardest by COVID-19.

More arrests on North Side

The data also reveals that most of the arrests occurred on the city’s North Side. Of those arrests, 46, or 26 percent of the total, occurred in the 53206 ZIP code, an area known for its concentrated poverty, extreme joblessness, levels of mass incarceration and declining incomes for those who are employed.

Aside from those ZIP code areas, only 53204 on the near South Side had more than 15 arrests. In addition, 17 minors were arrested for violating the order. All of the minors were African American or Hispanic, the data shows.

Grant said 53206 experienced the most calls for police service for all ZIP codes during the time the order was in place, while 53209 had the fifth-most calls.

“We are obligated to respond to calls for service regardless of the ZIP code from which the calls originate,” she said.