You are here: Home / Home / Carousel / Health and safety intersect in ‘Complete Streets’ initiative
Share this... 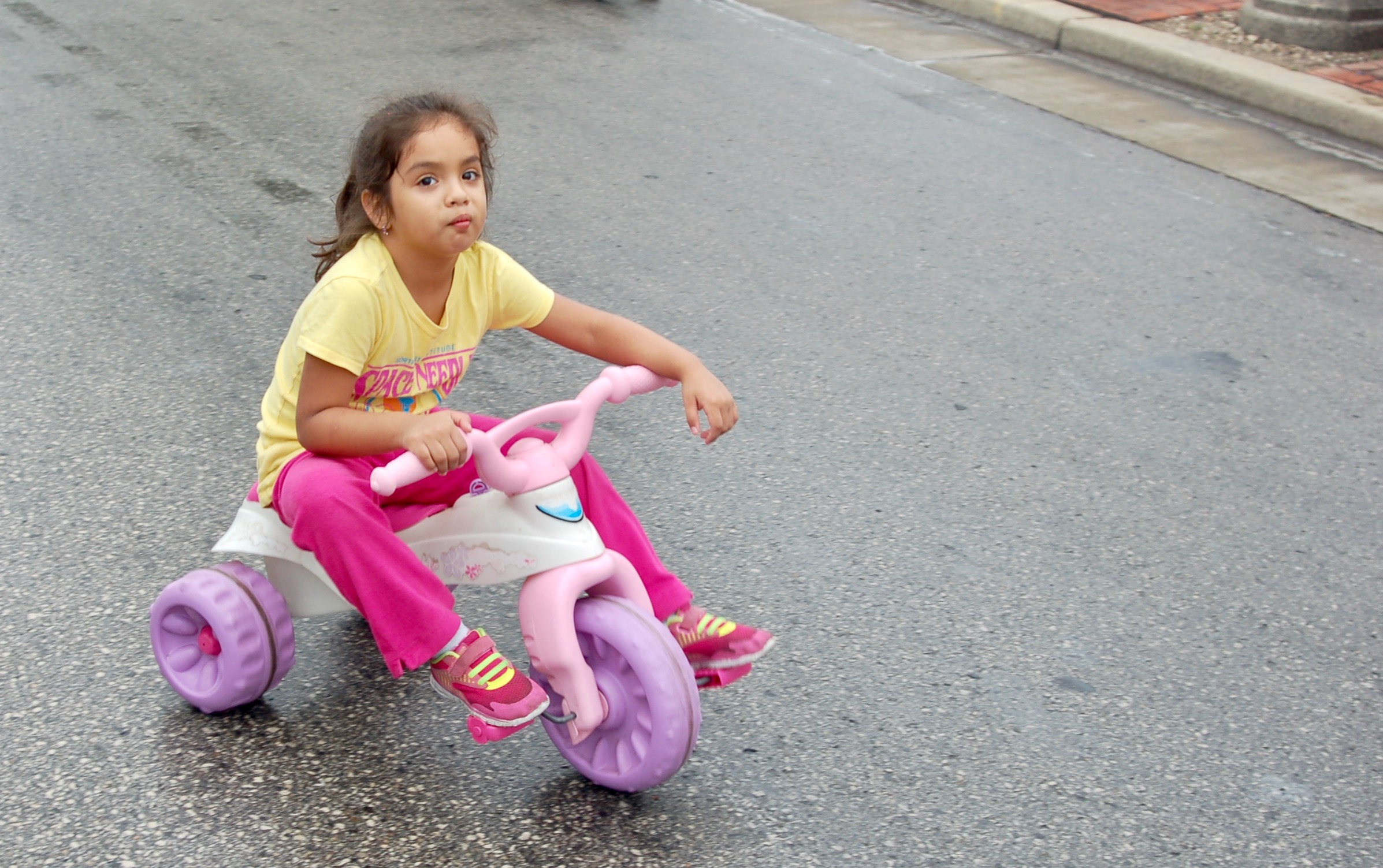 Neighborhood residents are an integral part of the “Complete Streets” program, which seeks to make streets safer and easier to use. One of the initiative’s goals is to make streets places for people, not just cars. Events such as Ciclovia MKE help the effort. (2015 file photo by Andrea Waxman)

What do you see when you look at a street?

Robert Schneider, a professor of urban planning at UW-Milwaukee, sees a place where the city can reinvent itself.

Schneider is on the implementation team for the “Complete Streets” program, an initiative that aims to make Milwaukee’s streets safer and easier to use. Schneider helped to create the annual report for the program.

The report, released on Aug. 27, is meant to detail the progress of the program and how closely Complete Streets guidelines are being followed.

Complete Streets is rooted in physical projects: reducing lanes on a road to decrease traffic speed, expanding or repairing sidewalks or adding bike lanes are some examples.

Caressa Givens, Milwaukee project manager for the Wisconsin Bike Federation, described Complete Streets as a “whole way of thinking and doing” rather than a single program.

Givens said Complete Streets is meant to incorporate thinking for multi-modal transportation; in other words, it includes pedestrians, cyclists, transit riders and drivers. She particularly thinks it’s important to focus on pedestrians, the most vulnerable users on the road.

“We need to rebuild our cities to be people places, not just places to move cars through,” Givens said.

This means addressing things like the Pedestrian High Injury Network, a stretch of the city that covers 106 miles where serious and fatal pedestrian crashes occur most frequently. The report urges that these areas be invested in to address the crashes quickly. In 2019, 12 pedestrians were killed and 71 were seriously injured across the city of Milwaukee.

Complete Streets is meant to make streets more equitable and usable, intentionally targeting Neighborhood Revitalization Strategy Areas, or NRSAs, a term coined by the Department of Housing and Urban Development to identify areas that may face economic disparities.

“If the wealthy have easier access to healthier modes of transportation, that only deepens the divide,” Kovac said.

Kovac said that some areas most in need of street work are areas with the least amount of car ownership as well. Givens agreed.

“A high school diploma is less important than a driver’s license in Milwaukee,” Givens said.

Givens said the city is so spread out, that residents often have to drive to find a recreational area; this is especially problematic in areas where car ownership is low.

In 2019, 28.5% of people in NRSAs reported they had no leisure time activity. The same year, 41.5% reported obesity; and 36.6% reported high blood pressure, according to the report.

The Complete Streets program is really about enacting systemic change in how entities like the Department of Public Works operate, Givens said.

Part of Complete Streets involves community walks, where officials tour the areas where projects are being planned and hear from people living there. There is also an effort to get equal racial representation within the departments that are reflective of the communities they serve.

“The city itself has embraced this project,” Schneider said. “It’s updating its internal structures so it can support Complete Streets fully.”

Givens said an important aspect is recruiting and retaining talent to ensure there is equity in city government. She said people in Milwaukee should be able to choose how to get around, and Complete Streets is taking the first steps toward what she referred to as a “never-ending project.”

“It isn’t just about going out and building a safer street,” Givens said. “It’s meant to be a culture.”