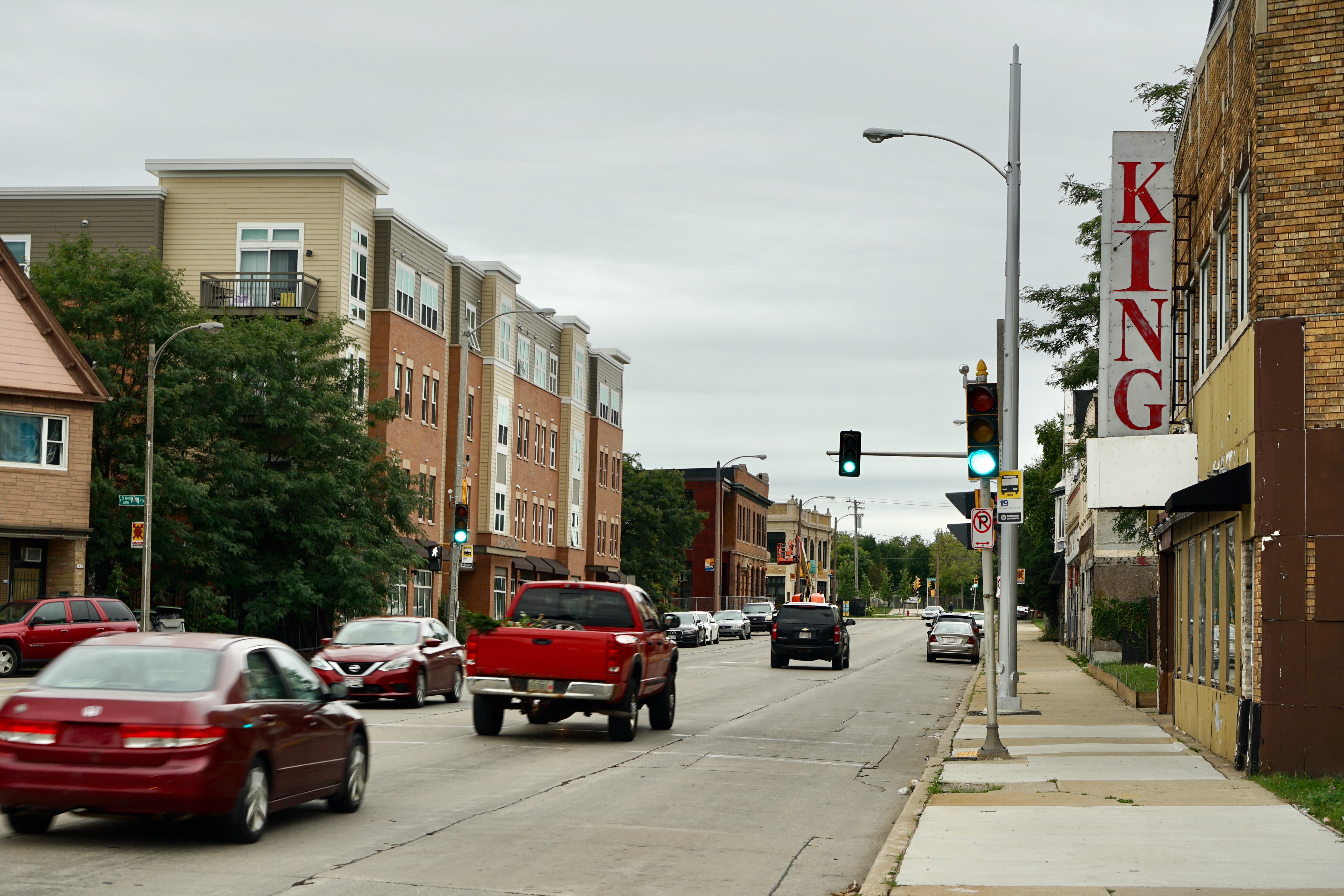 Editor’s note: This story has been updated to correct the first name of Ken Little, neighborhood business development manager for the city.

An ambitious plan to expand the Historic King Drive Business Improvement District #8, which was opposed by members of the Five Points Neighborhood Association, was unanimously approved in a 14-0 vote Tuesday by the Common Council.

The group had launched a petition drive against the business improvement district, or BID, seeking to halt the expansion.

“People I’ve talked to in other BID areas have experienced foreclosures as a residual effect of their taxes going up,” said Sy Smith, a board member for the group and a longtime Five Points resident.

Smith said she’s worried about possible displacement and gentrification, adding she and other residents were blindsided by the news that Five Points could become part of the MLK BID.

The BID’s territory would expand west on West North Avenue and West Walnut and Vliet streets. Most of the growth is concentrated on the north end of Martin Luther King Jr. Drive, starting at West Locust Street and continuing until West Capitol Drive.

Deshea Agee, executive director of BID #8 said during a Sept. 9 Community and Economic Development Committee meeting that his organization hopes to attract new businesses to an expanded district.

“We want to create an attractive, accessible and safe district where businesses prosper and where residents share a sense of pride in their community,” he said.

Fatima Laster, owner of 5 Points Art Gallery & Studios and a member of the Five Points Neighborhood Association, wrote an opinion piece for NNS blasting the BID for not including residents or business owners in the expanded territory in the planning process or notifying them of the proposed changes.

She also criticized the BID for plans to charge membership fees to businesses already reeling from the pandemic.

She called the expansion a land grab meant to net the BID additional property and funds for services the city already provides for free, such as street cleaning. Laster also referenced the BID’s 2020 operating plan, which states that its activities may also include “utilizing and/or borrowing funds to acquire, develop and own real property to be used for the benefit of the District.”

Agee said the BID would collect $73,870 in fees from commercial property owners next year after factoring in businesses in the expanded territory, of which $11,000 would be used for staffing. Agee added that the BID plans to allocate $22,000 for redevelopment grants; $15,000 for street maintenance; and $13,000 for branding, banners, planters, furniture and streetscaping, among other expenditures. In combination with grants from the Greater Milwaukee Foundation and LISC Milwaukee, the BID #8 operating budget for 2021 is estimated at $292,870, Agee said.

Terence Acquah, economic development specialist for the Department of City Development, said the BID followed proper protocol by posting public notices on two separate occasions and mailing out a brochure and a certified letter informing business owners in the expanded territory of the plans, including fees associated with joining the BID. In addition, Agee said he personally visited business and property owners, held six virtual meetings and one in-person meeting to discuss the plan, although he didn’t say who participated.

Agee also wrote an opinion piece for NNS that discussed the benefits of the BID expansion.

Laster, whose property was eventually removed from the expanded map, and other Five Points Neighborhood Association members collected more than 120 signatures aimed at stopping the expansion.

In response to efforts to derail the expansion, Agee sent a letter to property owners discussing the petition and asking owners not to sign it.

“We are aware they are spreading misinformation … The conclusion we have drawn is they don’t want improvements in this neighborhood,” read part of the letter.

Regardless, those petitions don’t meet the threshold to stop the expansion, according to a recent communication from Ken Little, neighborhood business development manager for the city, to the City Clerk Jim Owczarski.

Little said the petitions were far less than the 40% needed to halt the expansion.

Laster said the group planned to continue to petition and oppose the BID.

Although some businesses in the proposed annexed territory also are opposed, several have expressed their support for the expansion. One of them is from Darren Jackson, owner of King Hall, 3413 N. Martin Luther King Drive.

Jackson said he notices the difference between the southern and northern end of MLK Drive and believes that the BID will help him draw business.

“I get a lot of calls for my business from people who are concerned about what the area looks like before they want to even spend money with me,” said Jackson, who hosts weddings, baby showers and other parties at his location. “You can clearly see the difference.”

“There is no greater opponent of gentrification and the resulting displacement than I on this council,” Coggs said. “One of those partners in that fight has been the MLK Drive BID.”