You are here: Home / Neighborhoods / NNS Spotlight: ‘He was raised to pay it forward’: Scholarship honors legacy of Dr. Terence N. Thomas
Share this... 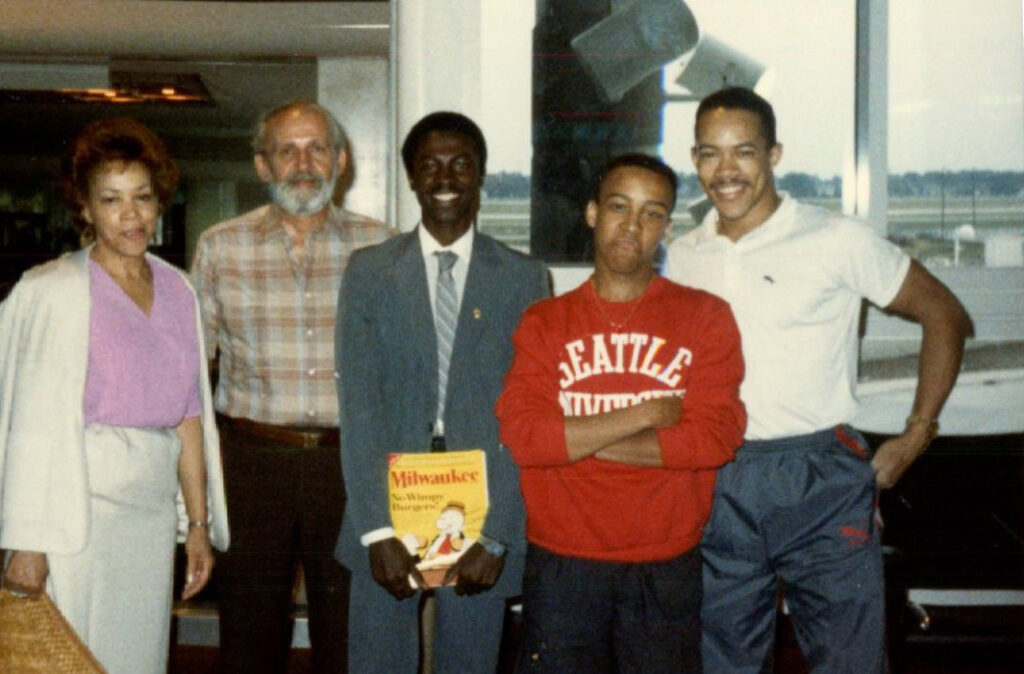 “My grandma’s passed, my brother is gone

I’ve never at once felt so alone”

Todd Thomas, aka “Speech” from Arrested Development, wrote these words as part of the song “Tennessee” after losing both his grandmother and brother within days of each other.

Speech’s vulnerability was felt by the country as well, as “Tennessee” became a hit single, topping at No. 6 on Billboard’s Top 100 and winning the Grammy Award for best Rap Performance from a Duo or Group in 1993.

However, the memory of Speech’s brother continues to live in Milwaukee through the Dr. Terence N. Thomas Scholarship Fund. Since beginning in 1992, it’s given away over $1 million in stipends to low-income students and students of color in Milwaukee.

The fund honors Thomas, Speech’s brother and a Milwaukee-born doctor who died from an asthmatic attack in 1991.

Patricia Pattillo, publisher of the Milwaukee Community Journal and Thomas’ mother, organized the scholarship to preserve the memory of her son and to help  Milwaukee’s young people have the educational opportunities Thomas valued.

“He was raised to pay it forward,” Pattillo said of her son’s willingness to give back to the community that raised him. “And through the scholarship he is paying it forward to these young people who will then pay it forward after they get their education.”

A Milwaukee native, Thomas was a high achiever from the beginning. His mother said he had an interest in medicine since his early days, and he eventually made it to med school at Michigan State to study.

After graduating, he began residency at a hospital in Flint, Michigan. He planned to come back to Milwaukee after completing his residency. 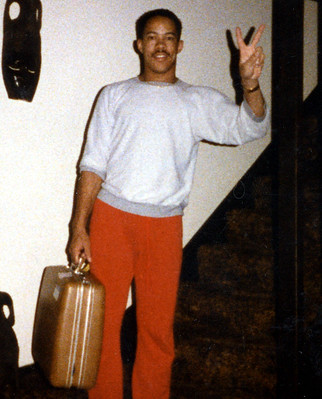 Thomas heads out for a trip. The scholarship fund that bears his name has given away more than $1 million to Milwaukee youth. (Photo provided by the Milwaukee Community Journal)

In his first year of residency, Thomas’ grandmother died. At the funeral in Tennessee, Pattillo said Thomas reflected  on the fragility of life.

“He had such deep regret that his grandma had not seen any more of what he would do,” Pattillo said. “He made sure that what he had been given was returned to this community.”

However, days after returning home from the funeral, Thomas suffered a fatal asthmatic attack. He was only 29.

On the night he learned of Thomas’ death, Speech went into the basement and began to write what would become the song “Tennessee.”

“That song, and the album, speaks to what we were going through at the time,” Pattillo remembered. “As well as what we’re going through right now in Kenosha, Milwaukee, Chicago and all of our cities.”

As the family worked through the double tragedy of losing Thomas and his grandmother, Pattillo was thinking about how Thomas lived his life.

“As we began to think about how best to remember him, we thought of how important education was to him and how determined he was to give back,” she said.

The scholarship offers a $2,000 annual stipend for college students.

‘Your job is to get an education’

One recipient is Truscenialyn Brooks-Williams, who received the scholarship for four years of undergraduate studies at Marian University of Fond du Lac and three years at University of Wisconsin Law School.

When she was young, Brooks-Williams wanted to be a doctor in order to spend her life helping people, but after watching Maxine Shaw use her law degree for good on the show “Living Single,” Brooks-Williams began to think about a career in law.

“Maxine was the first Black attorney I remember seeing, real or otherwise,” said Brooks-Williams. “After taking classes in writing and public speaking, I started to think that maybe I could help people as a lawyer.”

Brooks-Williams said the scholarship made the difference between having to pick up another job while in school and being able to focus solely on her studies and legal work.

“We want our students to be able to focus completely on their education,” said Pattillo. “We tell our students ‘your job is to get an education, we’ll figure out the money.’”

Brooks-Williams now works as a civil rights attorney, where she helps employees being fired over race, gender or sexuality issues file lawsuits or enter into confidential mediation with their employer.

“I’m doing what I set out to do – help people and give back to the community,” said Brooks-Williams.

Beyond the money, Brooks-Williams credits the intangible benefits the scholarship offers, such as the support she receives from Pattillo and the scholarship’s alumni network. Every year, the scholarship holds a gathering with current and former recipients of the scholarship to celebrate their successes and the life of Thomas.

Over the years, Brooks-Williams says these gatherings have grown in size.

“It is a room full of Black people who support each other,” said Brooks-Williams. “It feels like family.”

Common Council President Cavalier Johnson is a scholarship alumnus who also returns to the gathering every year.

Johnson, the first in his family to attend college, said the scholarship helped him not only get through school with minimal debt but also serve as a role model for his family and neighbors.

“The opportunity to go to college on a full ride opened doors not just for me but for the rest of my family and neighborhood,” Johnson said. “Here we are decades later, and I still come back every year to talk about the impact this scholarship had on my life.”

“I was very outspoken, determined and unsure of my future,” said Tilford. “Now I am more polished and focused on securing a career, not just a well-paying job.”

Tilford would go on to graduate from Howard University and is currently pursuing a graduate degree in international economics with a Latin American studies concentration. Her goal is to become a foreign service officer.

Pattillo is proud of how the scholarship has helped students in the community but now faces a new challenge: Keeping the scholarship funded after the recent recession. Pattillo said the fund needs another $40,000 before next August in order to meet its commitment.

“With all that the fund has done, it’s always work, hard work in recruiting funds for these brilliant students,” she said. “Of course, I shall continue, it is imperative to keep our pledge to these tenacious academicians.”

You can donate to the scholarship fund here.