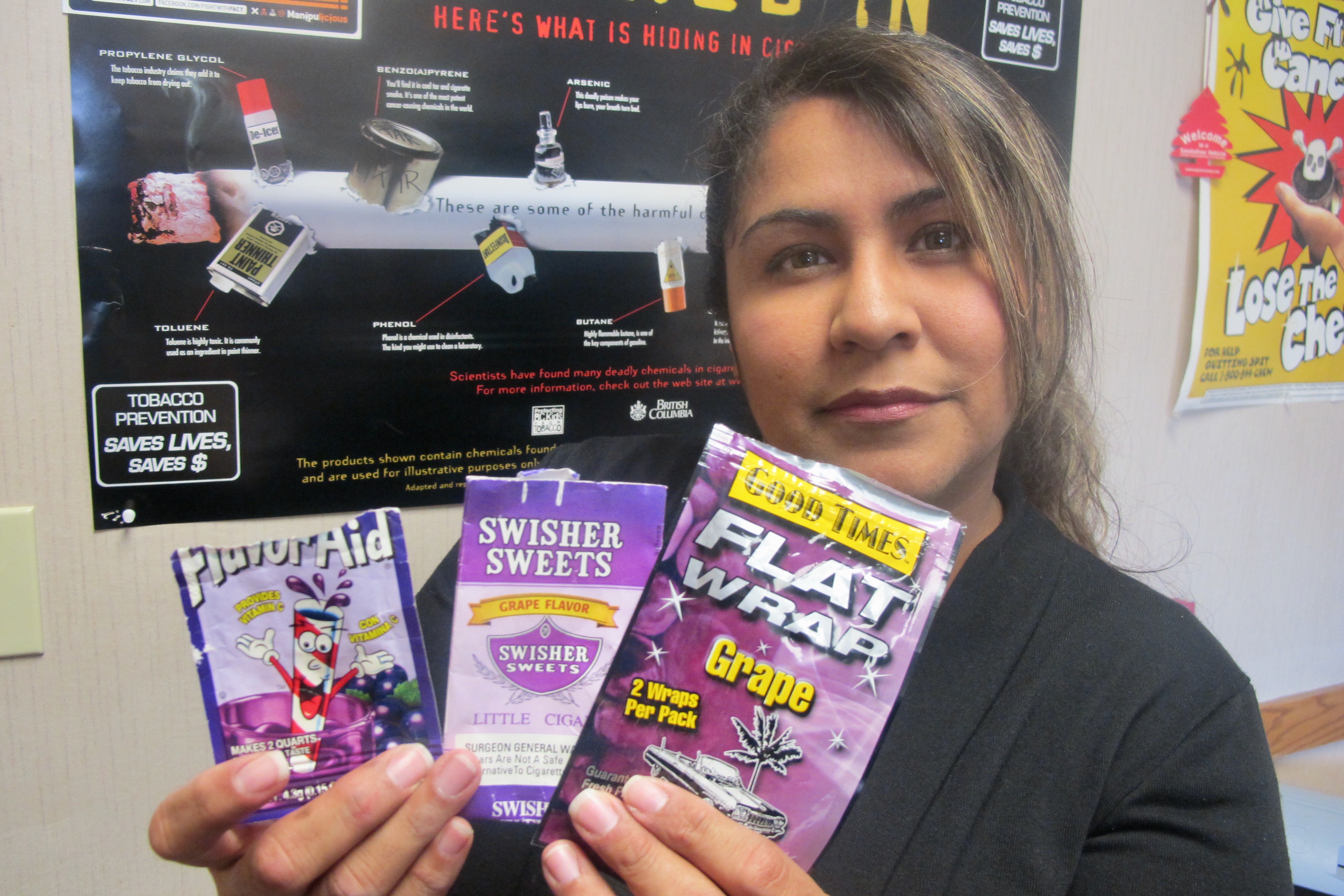 Milwaukee Public Schools is joining a nationwide lawsuit against companies that manufacture and sell e-cigarettes.

A JUUL company spokesman said the company has halted advertising, eliminated flavored products other than menthol and submitted documents to the U.S. Food and Drug Administration outlining the products’ “harm reduction potential” and measures to address underage use.

Data from MPS’ Youth Behavior Risk Survey, an annual survey of sixth- through 12th-graders on health behaviors, including tobacco use, shows e-cigarette use, or vaping, is more prevalent than the use of traditional cigarettes. 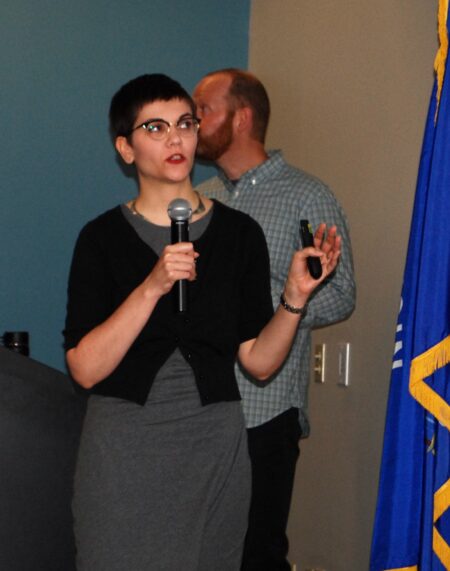 Linnea Laestadius, an associate professor at UW-Milwaukee’s Zilber School of Public Health, says that while flavored e-cigarettes are a problem for teen tobacco use, the availability of other flavored tobacco products also needs to be limited. Here she presents her findings about tobacco sales and advertising in Milwaukee. (File photo by Lydia Slattery)

Milwaukee City Attorney Tearman Spencer said this illustrates the damage done to the progress the city had made in curbing tobacco use before e-cigarettes arrived.

“It took years to get to the relatively low level of youth tobacco use we had in 2017 before this, at great cost to the city,” Spencer said. “It is not fair for MPS or the city to bear the entire cost of undoing what these companies did.”

The Common Council will also vote on whether to join the suit.

Spencer said he’s unsure about the timing of the lawsuit, but that if “we are super lucky,” it’ll take a couple of years.

A new development in old fight

Backlash against flavored tobacco products is not new.

Anti-tobacco advocates in Milwaukee have for years said flavored products are dangerous because they are designed to appeal to young people.

But Linnea Laestadius, associate professor at the UW-Milwaukee’s Zilber School of Public Health, stresses that going after e-cigarette companies attacks only part of the problem. For example, while JUUL has pulled all flavors of its products other than menthol since the lawsuit, cigarillos are still available in all kinds of flavors.

In MPS’ 2019 Youth Risk Behavior Survey, 8% of high school youth said they used e-cigarettes regularly, compared with 6% who use cigarillos. Only 3% said they use cigarettes.