You are here: Home / News / Arts and Recreation / NNS Spotlight: ‘It’s up to us to paint a picture’: Milwaukee youth release album to mark a chaotic year
Share this... 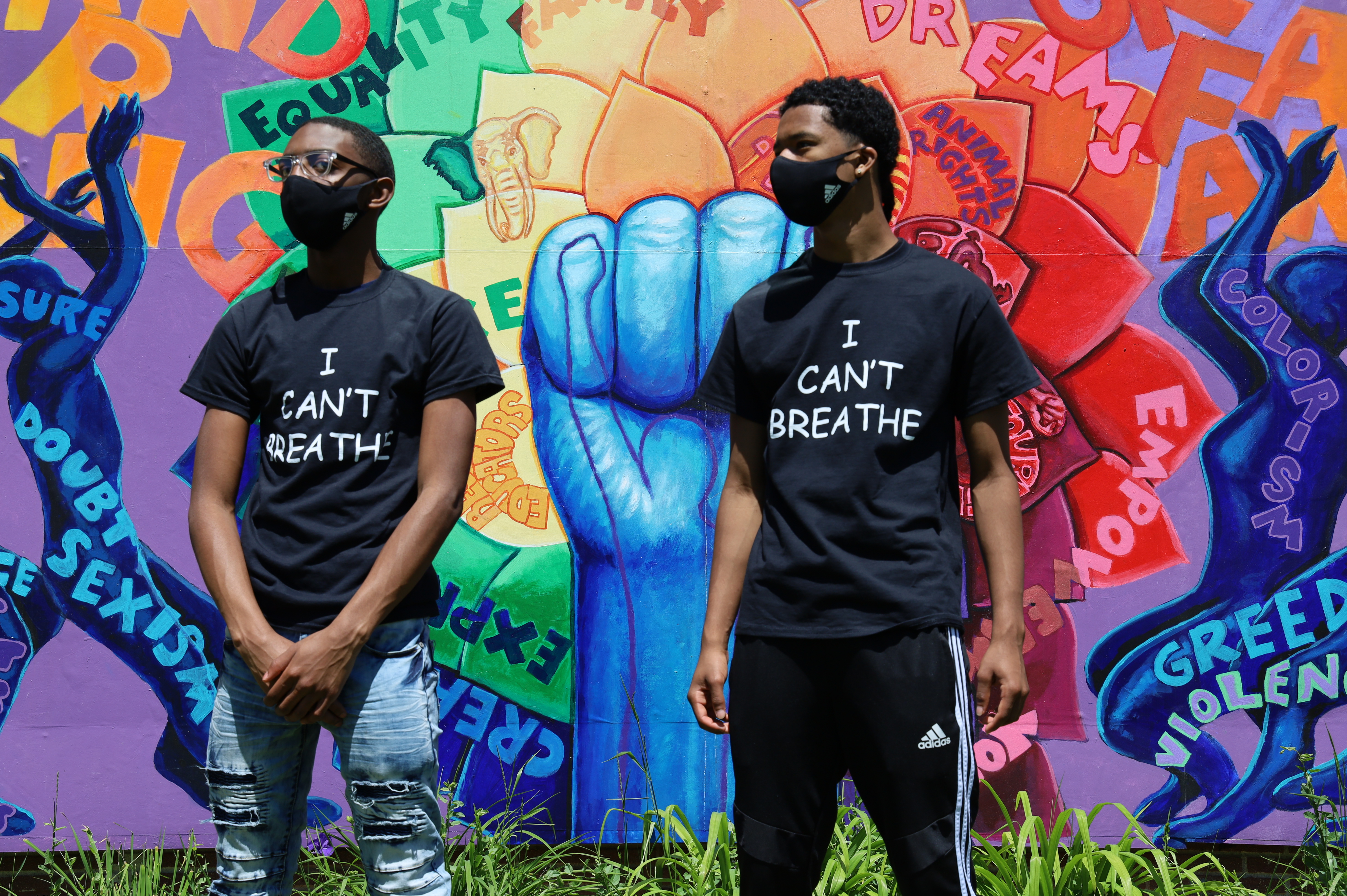 Running Rebels youth have a lot on their mind in 2020, and you can hear it in their latest album, “2020: The Vision.” (Photo provided by Running Rebels Community Organization)

When you think of the sounds of protest, you probably think of hundreds of people chanting in unison or a speech being delivered.

But with the release of “2020: The Vision,” Running Rebels Community Organization is stressing human connections during a time when our world has been rocked by a pandemic, protests and a nail-biter presidential election.

“Everyone was upset. Everyone was fed up. So we decided to come together and put it all into words,” said Victor Barnett Jr., who goes  by RB Vic and is a longtime Running Rebels youth and rapper featured on multiple tracks.

The album was released on Aug. 13, the 40th anniversary of Running Rebels, a nonprofit organization that engages, mentors and guides Milwaukee youth.

“2020: The Vision” is a collaboration with the 300 Strong project and several local musicians and focuses on issues that the creatives say have been building up within them throughout the year. 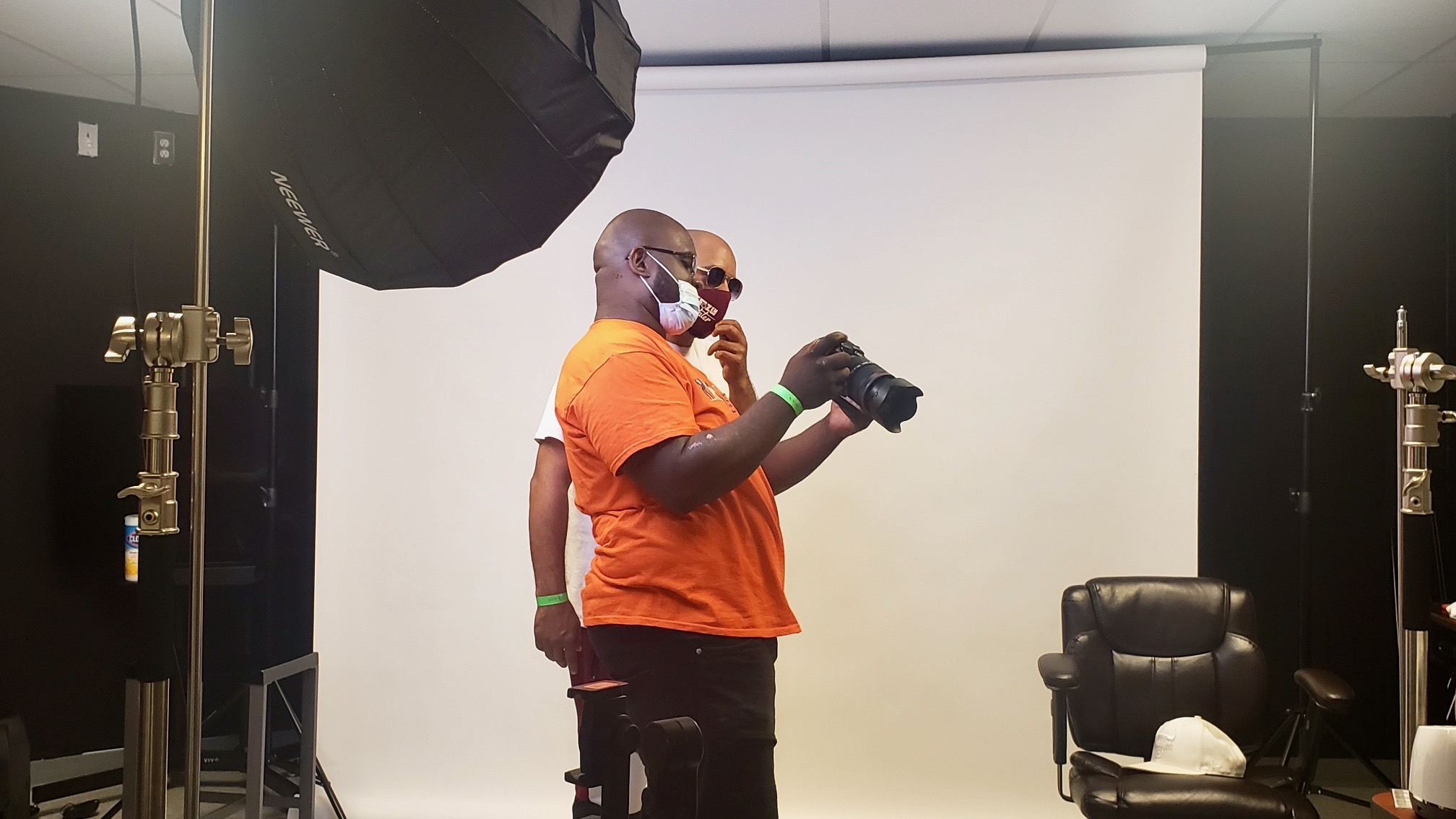 Behind the scenes of the production of “2020: The Vision.” Many tracks on the album have accompanying music videos. (Photo provided by Running Rebels Community Organization)

‘We’re the scribes and storytellers’

Projects like these make it difficult for people to ignore the subjects they touch on, she said.

“As a creative, we’re the scribes and storytellers. It’s up to us to paint a picture,” Nicole said. “Some people fail or refuse to see the world as it is, but when art is in your face, you can’t deny it.”

Nicole opens the album with “SOS,” a spoken word piece that sets the tone for the project.

you’re not a trend, never been

shifting mindsets and policies and situations with your celestial presence.”

Nicole said she was motivated to participate in part because she felt hard conversations about racism in our everyday lives are not being had, and that the conversations that do happen often revolve around looting.

“2020: The Vision” is not the only example of young people creating art that accompanies larger social movements.

Alongside these and other projects, Dae Flywalker said the album is meant to be a time capsule capturing what young artists are thinking and feeling during a challenging year.

“When we do get to a point where we’ve healed as a country, we want to look back on projects like this as a kind of time capsule of reminders of where we came from,” Flywalker said.

“Twenty years from now people are going to be able to come back to this project and take words that inspire them to creative positive change in their own lives.”

IN CASE YOU MISSED IT: Running Rebels’ vision: To see the best in kids, even if they don’t see it themselves