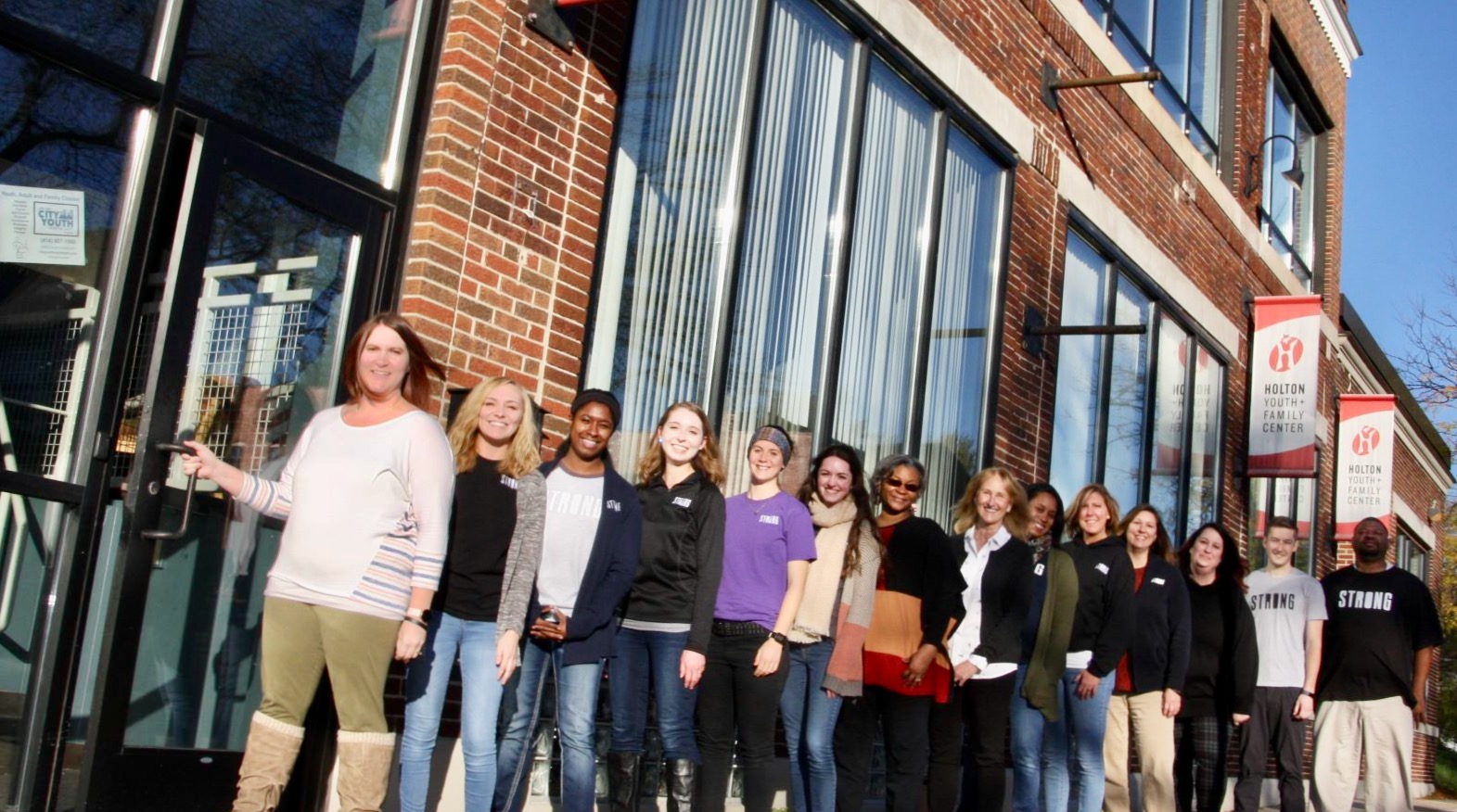 The STRONG team poses in front of the program’s new home: the Holton Youth and Family Center. (Photo provided by Christian Family Solutions)

Successfully Treating and Reaching Our Next Generation, a mental health service provider for children ages 5 to 14, will be moving next year to the Holton Youth and Family Center, 510 E Burleigh St.

The program, also known as STRONG, plans to lease space at the center for five years. With the help of generous donors, CFS is renovating the Holton facility to meet the needs of the STRONG program. An open house is planned for January.

STRONG is a day-treatment psychotherapy program for children and adolescents in Milwaukee, run by Christian Family Solutions. Day treatment refers to daily sessions of intensive therapy for weeks at a time.

“We have sessions every single day,” Schoof said. “There’s lots of repetition to try to establish those habits.”

STRONG is the only day-treatment program of its kind in Milwaukee.

Linda Hall, director for the Wisconsin Office of Children’s Mental Health, said there are fewer day treatment programs in the state than there used to be.

Hall said the payment rate provided by Medicaid and Badgercare has remained stagnant over several years, making it harder for day treatment programs to stay open.

The program specializes in improving impulse control, emotional regulation and communication, and treating trauma. Hall said in order to qualify for day treatment, children must show they need help in more than one service area. Hall described the entry to day treatment as a “narrow gate.”

Schoof said the Holton facility is larger than the current building at 2669 N. Richards St., and the program plans to increase the number of children served.

The program can fit about 40 kids comfortably in the current building, Schoof said, but can fit 60 to 70 in the Holton facility. The increased capacity could be crucial. Schoof said the program saw its busiest summer ever this year.

The pandemic has caused an increase in demand, Schoof said. Children are experiencing more social anxiety because of new realities brought on by the disease. In some cases, it’s fear to go places because of the virus. In others, it’s missing social cues because of being isolated from other kids.

“Kids almost forget how to be social,” Schoof said.

Children in the STRONG program attend three psychotherapy sessions each day, which last about three hours. Schoof said some of these sessions are based on art, movement and goal setting. Other sessions are dedicated to reflection and how to reach set goals.

Mario Costantini, chairman of the Holton Youth and Family Center board of directors, said the program will provide psychotherapy for children who would not normally have access to it.

“Every year, we’re rethinking the needs of the neighborhood,” Costantini said.

Costantini, who has been on the board for the youth center since the late ’80s, said it’s in the “prevention business.” Reaching kids at an early age has better effects than later in life, he said, and it’s crucial to giving them a better chance in the world.

“It’s hard to think of a problem in Milwaukee that isn’t related to what happens in the first 18 years,” Costantini said, citing segregation, unemployment and crime as examples.

Costantini said the most effective way to reach kids in his experience is to establish an emotional connection.

Schoof said STRONG emphasizes involvement with the family. She said that a patient’s family is considered part of the treatment team, and leaders see better outcomes when the family is more involved.

“We are only a small little snippet in their lives,” Schoof said. “They [family members] know them better than anyone.”

The STRONG program accepts family or professional referrals and serves children with both commercial and state insurance. Inquiries and referrals can be made by calling the Christian Family Solutions referral appointment line at 800-438-1772.