You are here: Home / Home / Carousel / ‘We have to pay attention’: Community organizers plan to hold politicians accountable
Share this... 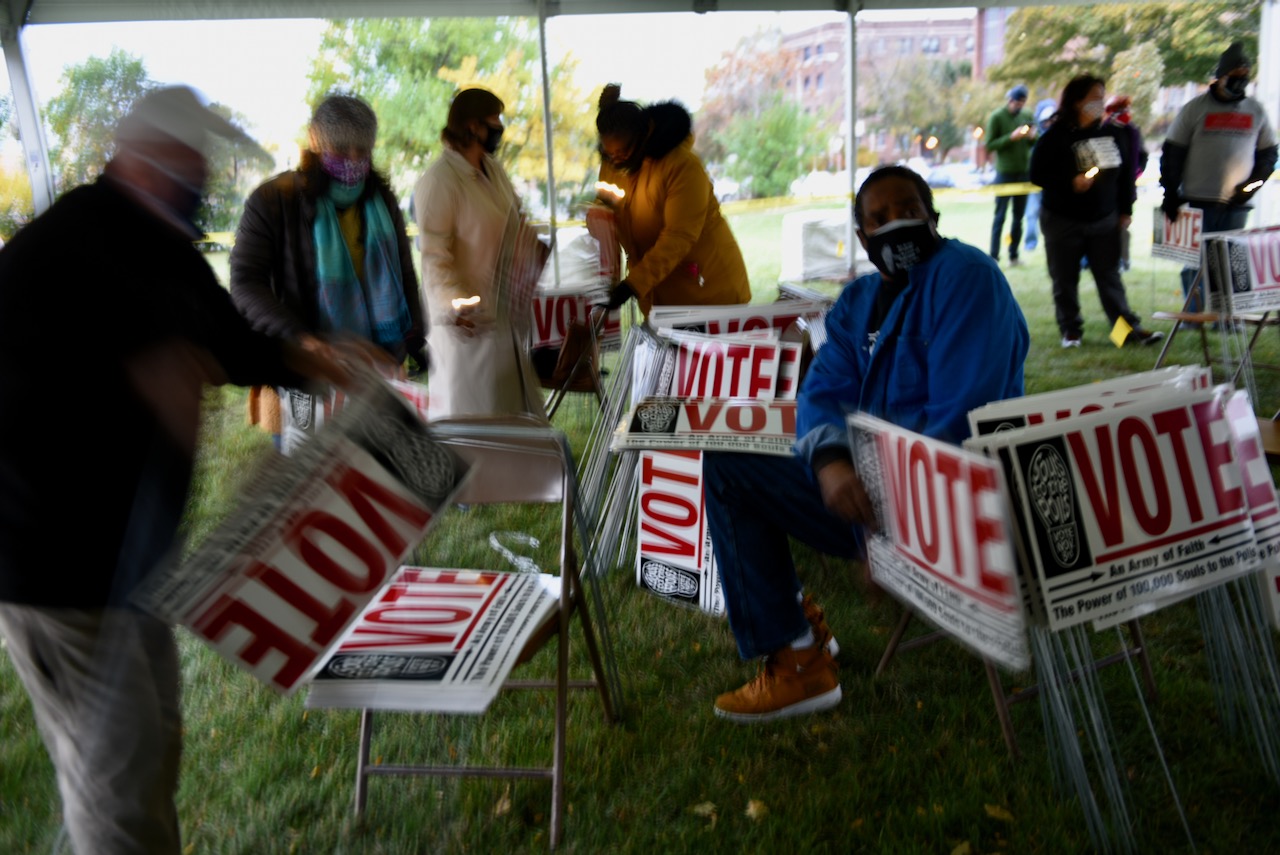 Groups across Milwaukee worked hard to get out the vote this year. Now they are turning their attention to holding elected officials accountable. (Photo by Sue Vliet)

As this year’s election season comes to an end, groups like BLOC, Voces De La Frontera and North Side Rising are already gearing up for the next political battles.

“We’re taking a short break and then we’ll be back preparing for spring elections,” said Angela Lang, the executive director of Black Leaders Organizing Communities or BLOC.

Lang said BLOC already is discussing accountability programs, its yearly fellowship and how the group will be following the elected officials.

“Being civically engaged is about more than the politics,” Lang said. “It’s about community.”

Lang said after a busy and tough year, BLOC will go back to its roots.

“We reach out to the community, hold elected officials accountable and build community,” she said. “It is expected that we are going to stop paying attention now that the election is over, so we have to pay extra attention.”

The spring election will be April 6, with a primary expected in some races for Feb. 16. Four Milwaukee school board members will be up for election as well as three Wisconsin Court of Appeals judges and the Wisconsin superintendent of public instruction.

(The deadline to file nomination papers is Jan. 5; the final list of candidates won’t be known until then.)

Other groups echo BLOC’s plans for after the November election.

“Now we are responsible for holding our president-elect accountable,” said Alejandra Gonzalez, a volunteer for the advocacy group Voces De La Frontera. “A lot of promises were made, and we have to make sure that there is a follow-through.”

He said his group also needs to mobilize for the next election.

“I know we just completed an election, but there are elections next spring,” Gonzalez said. “People need to make an effort to learn about those position because they affect us as well.”

Gonzalez said the next election is especially important.

“Elections are coming up for Milwaukee Public Schools board members,” Gonzalez said. “The people who that decision affects [aren’t] old enough to vote, so we have to do the work for them.”

Dana Kelley, the lead organizer for North Side Rising, said now is the time to come together and put aside partisanship.

“We have to remember why we all went out to vote in the first place,” Kelley said. “Whatever you went out there for is what you need to be focusing on now.”

Her group’s goal is to create better lives for residents on the North Side of Milwaukee by advocating for the Green New Deal, a proposed package of legislation meant to address climate change and economic inequality.

Kelley said residents must hold local politicians accountable “because your elected officials work for you.”

NNS Spotlight: New group works to give North Side residents a seat at the table