You are here: Home / News / Arts and Recreation / How a project on hoops earrings launched a national movement
Share this... 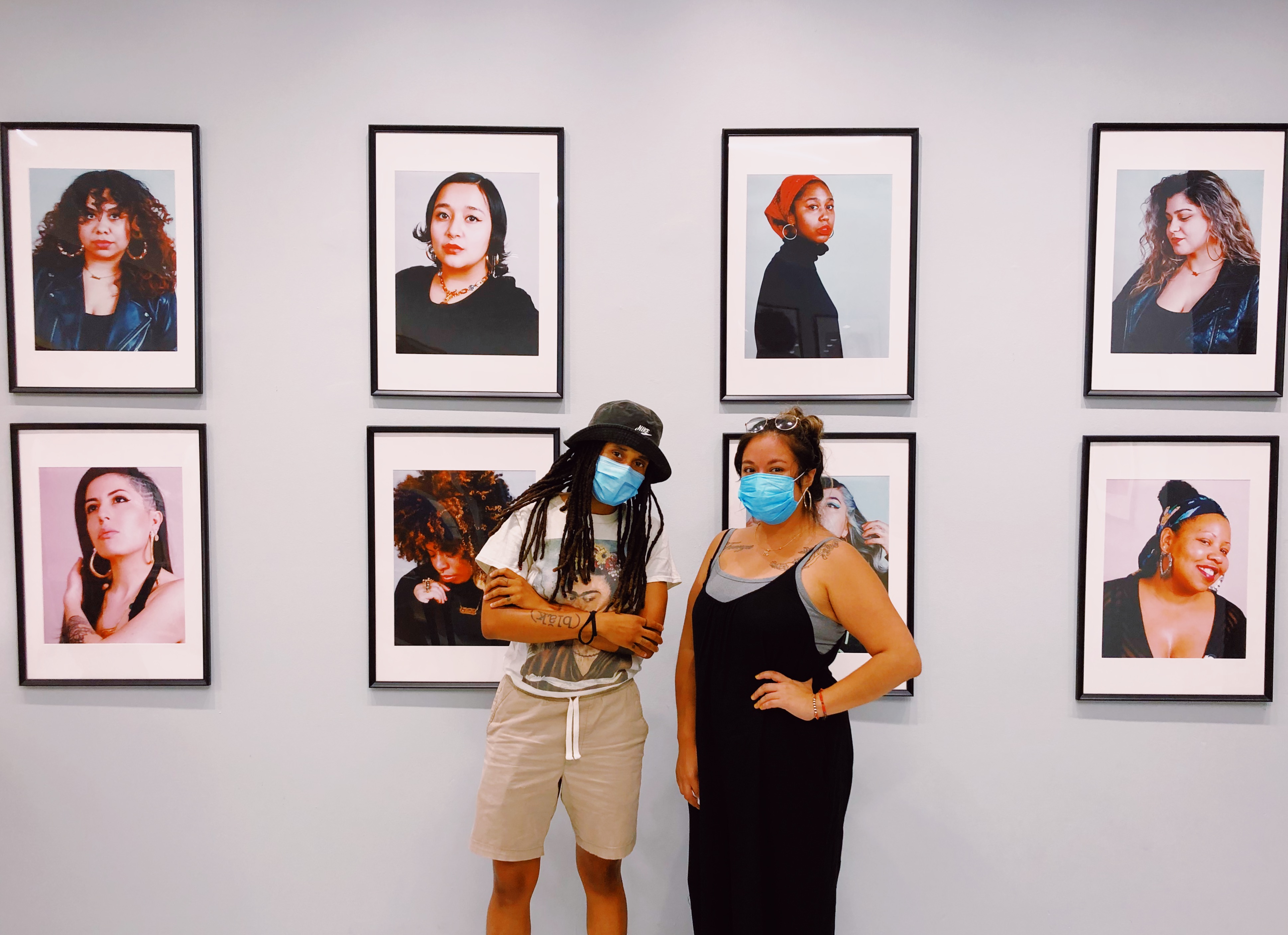 For Nicole Acosta, documenting the existence of women of color is a necessity.

But she did not know she would inspire a movement.

Acosta, 37, is a Milwaukee-based multi-disciplinary artist and the marketing and communications associate for Ex-Fabula, an arts organization that uses storytelling to connect communities. She focuses on the lives of Black and Brown women through photography, visual art and written word.

Acosta’s HOOPS Portrait Project has gained both national and global attention for drawing attention to the cultural and personal meanings that hoop earrings hold for women of color.

“Hoops are symbolic in Black and Brown communities, as well as indigenous communities,” Acosta said. “They hold meaning for men, women and everything in between.”

The HOOPS Portrait Project began as a campaign for an exhibition in which members of LUNA, a Latinx artist collective, created works inspired by their own experiences centering on hoop earrings. As a member, Acosta held a photo session for LUNA, asking its members to wear their hoop earrings and encouraging them to share stories prompted by the question: “What do hoop earrings mean to you?”

Acosta realized that “the act of adorning our ears with hoops is a personal choice, a statement deeply rooted in liberation and visibility.” Around the same time, she said  other people were reaching out to her wanting to share their stories about hoop earrings and what they meant to them.

“It was inspiring,” said Jazmine Delgado, a former co-worker of Acosta and now a  close friend. “We would go a week or two without talking, and every time I spoke with her, she’s telling about more people who want to participate in this project.”

Acosta decided to do a free hoops earring photo shoot for those who wanted to come out and share their stories, and the project took off.

“What happened was that a story done on the project went viral on social media,” Acosta said. “And people around the world were sharing and telling their stories.”

Acosta said people across the country reached out to her asking for a hoops photo shoot. Before the pandemic, she had planned to travel to New York and Los Angeles for the project.

“One day one of my friends asked me if I knew that I had started a movement,” Acosta said. “That’s when I realized that this project was a responsibility.”

Acosta has already held a MKE HOOPS show, showcasing the photos at Arts @ Large, 1100 S. 5th St. She also held a virtual exhibit in August via Zoom. She is currently working on putting the photos into a book along with people’s stories.

‘The Brown kid in the class’

Acosta’s experiences as the child of immigrant parents being raised in Milwaukee plays a huge role in the art she has chosen to create.

“I was always the Brown kid in the class of white kids. “I didn’t even realize how diverse school could be until I got to high school,” said Acosta, who attended Milwaukee High School of the Arts.

“That was when I realized the documentation of our existence was important.”

According to friends, Acosta embodies her work.

“Nicole has been wearing hoops for as long as and well before I knew her,” said her friend Kari Garon  “I’ve watched her use them to explore and support her history and as a tool for building kinship, community and culture.”

Garon said she has been able to watch Acosta’s growth.

“When we became friends, Nicole was in a hard place in survival,” Garon said. “It has been beautiful to watch her give herself permission to be a human being, to breathe and to grow.”

Acosta said she has had a long struggle with mental health issues, and that to do the work she does, she has had to find ways to deal with it. She goes on runs, meditates often and has found that being vulnerable about her struggles helps.

“When I started my healing journey,” Acosta said, “I realized that sharing allows you to connect with other people.”

Acosta advises others to pursue their goals, despite the doubts others may have.

“I didn’t ask for permission to follow my dreams,” she said. “I just did what I wanted to do.”