You are here: Home / Home / Carousel / If you had two minutes with the new president and vice president, what would you say?
Share this... 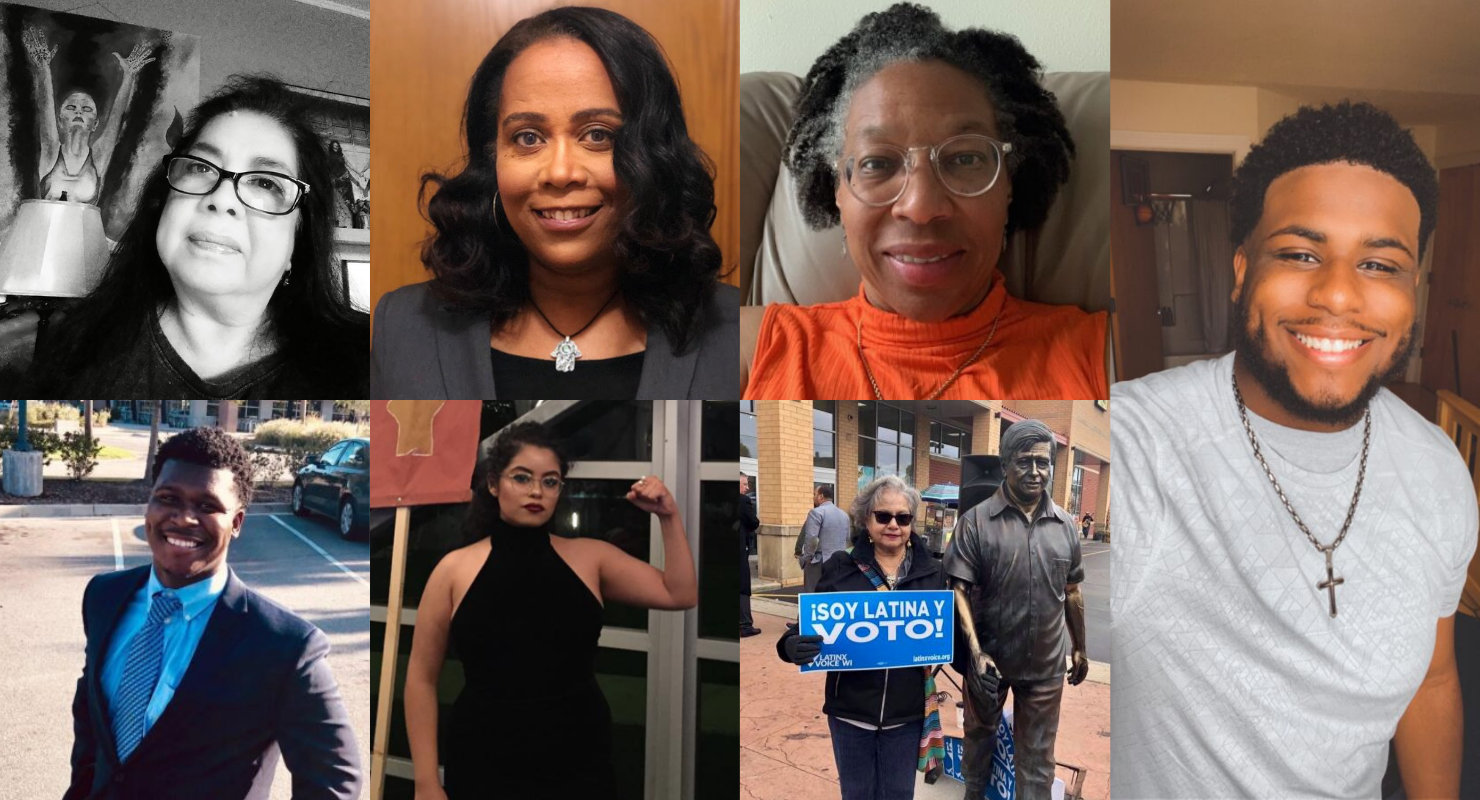 We circled back with community members whom we heard from before last November’s election and asked them: “If you had two minutes with President Joe Biden and Vice President Kamala Harris, what would you say?”

Here’s what they told us:

‘Unless we unite as Americans, our enemies will take advantage of our division’ 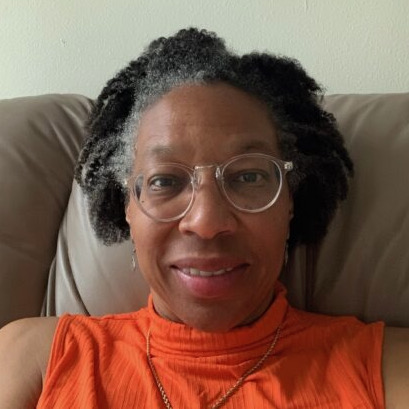 If I had two minutes with President Joe Biden and Vice President Kamala Harris, I would first congratulate them on a tumultuous, hard-fought win.

I would then tell them how I, along with most Americans, just want to heal from the past four years of division, blatant racism and promotion and support of white supremacy in this country. A house divided against itself cannot stand. And unless we unite as Americans, our enemies will take advantage of our division to our demise.

I would tell them that I’m from Milwaukee’s 53206 ZIP code, one of the most impoverished and challenged in the country. But I also know that there’s a lot of good in the ‘hood.

There needs to be more focus on the plight of young Black men who get sucked into violence and drugs that leads to imprisonment or premature death.

They have already stated their most critical priorities: Defeating COVID-19, restoring the economy and getting kids back in school. I concur with these priorities.

As a believer, I would advise them to put their trust in God, who alone can change the hearts of men. I would also advise them to surround themselves with wise counsel, for in the multitude of counselors, there is safety. 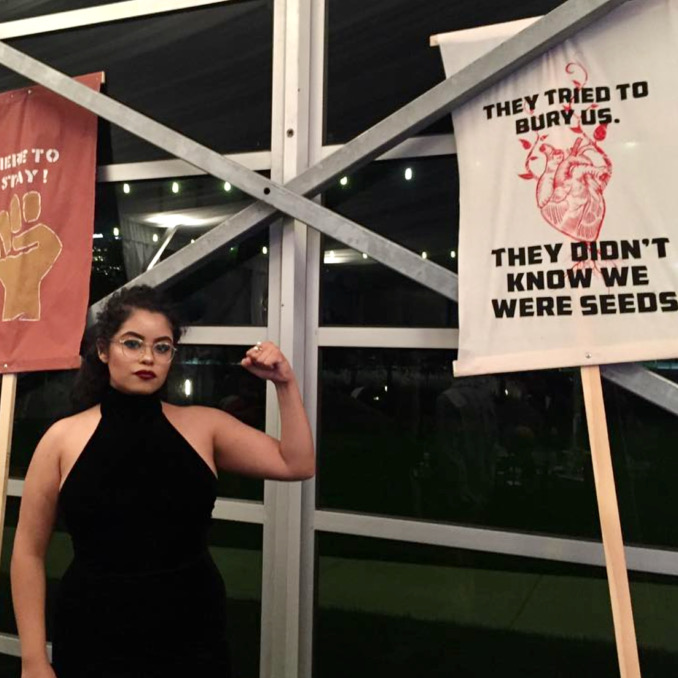 I would tell the vice president and the president that they need to thank all of the Black and brown people of color who put them there.

This was a four year, uphill struggle that deserves to be acknowledged with mandatory law changes like demilitarizing the police, immigration reform for all and, most importantly, universal health care.

They have their work cut out for them with the residue of white supremacist policies and sentiments left behind by 45. I would ask them to consider the millions of people of color who placed them in their seats to serve our country when signing anything else.

‘Be who you are for the people not for yourselves.’ 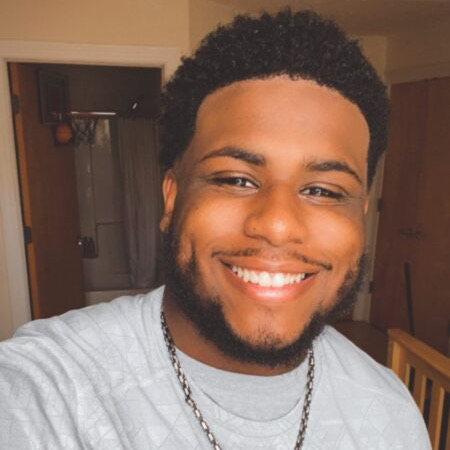 I would give them thanks and advise them to stay true to who they are and their mission. There’s a reason that democracy won, and we, as a nation, need a leader who’s going to be honest and not lie to us just because they feel like it.

Be who you are for the people not for yourselves.

‘How will you keep your promises?’ 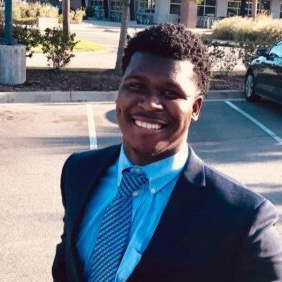 If I had two minutes with Kamala Harris and Joe Biden, I would ask them, “How will you keep your promises?”

I would also tell them that the incarceration rate for African American men is too high and ask how they plan to fix it. Do they plan on handing out equal justice? People have ransacked the Capitol building like it was a joke and nothing happened to them except a few arrests and warrants.

The state of our country is in turmoil.

How do they plan on running the country effectively as leaders of the so-called “land of the free”?

‘Let in the fresh air from that broken ceiling’ 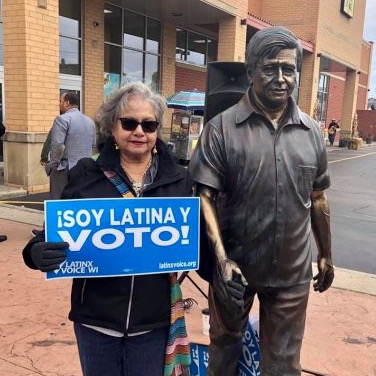 Neighborhood: Near South Side

As I ponder on the premise of what I would say to President Biden and Vice President Harris, many thoughts swim in my head and lay heavy in my spirit.

So, I have decided to say as a Latina, a woman of color, to Vice President Harris: “Woman, you got this!! Let in the fresh air from that broken ceiling.”

To both President Biden and Vice President Harris, “You have some healing in our country to render, a major rebirth. We cannot afford to fail. We need Democrats, Republicans and independents, young and old, to move forward. Stay strong and safe, I have faith in the constitution and the people.

‘Can we finally get some REAL immigration reform in the United States?’ 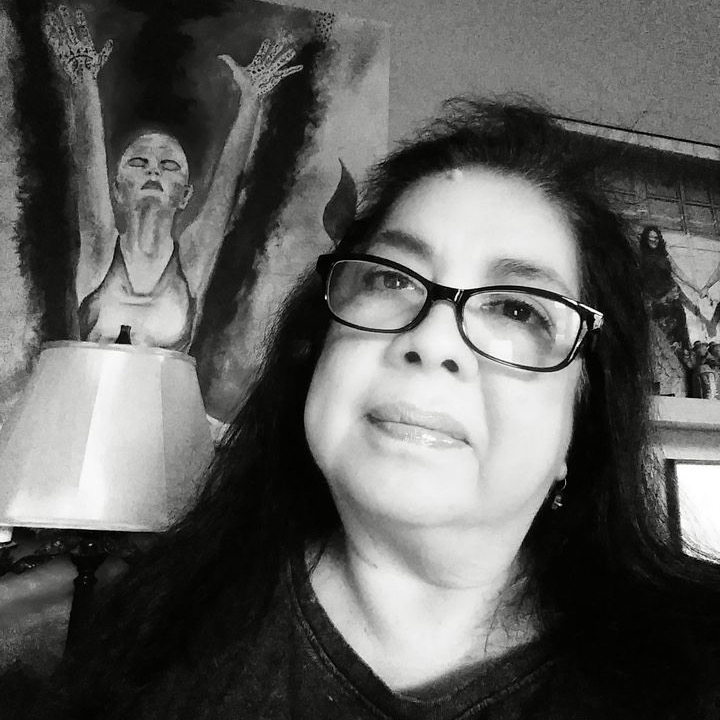 Dear President Biden and Vice President Harris, I am so honored to be able to call you both my vice president and president.

The past four year have been difficult to say the least, but I have a request that’s lingered since way before Obama. Can we finally get some REAL immigration reform in the United States for my family of Mexico as well as those coming from Central America and beyond? Those who are fleeing desperate circumstances in their countries of origin? If it weren’t for immigrants, we wouldn’t have food on our tables. Or lettuce and tomatoes for your Whopper hamburgers or tacos at Taco Bell.

We need this done now. America would not be American without the blood, sweat and tears of the labor that immigrants give as they are receiving very, very low wages. Speaking of which, we need to increase wages of hard labor in the fields as well.

THEY DESERVE BETTER. They deserve the justice and respect given to those who have come to these lands in prior generations.

Free all of the children who are still in cages at the U.S.-Mexico border and find their families. DEMAND this is taken care of and PROMISE this will NEVER HAPPEN AGAIN.

‘We must address fears and make suitable amends’ 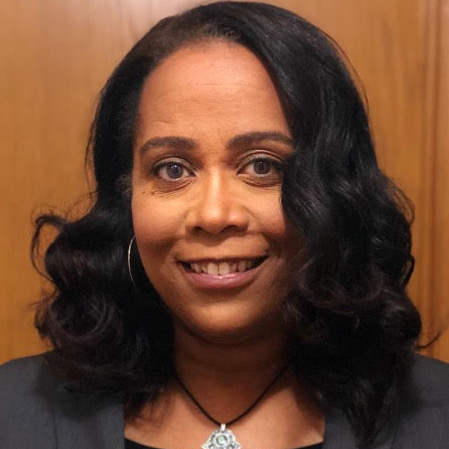 If I had two minutes with President Joe Biden and Vice President Kamala Harris, I would congratulate them on their win and express the optimism that I have regarding their leadership at this very painful time in our country.

At the top of their list, I hope that they:

I would remind them that we are a nation of resilient and diverse communities and that any plan that they develop must address disparities on a macro, meso and micro level. Diversity and inclusion of all communities are crucial to effectiveness. Communication and action rooted in cross collaboration and centering of communities are key.

We cannot heal the multilevel and intergenerational trauma caused by the historical disenfranchisement of various groups without addressing the roots and effects on every institution entrusted to provide care and services to our nation. The storming of the Capitol was rooted in a shameful history of racism and “othering” that we have yet to confront. We must address fears and make suitable amends. We must offer alternatives to dysfunctional systems in which the promotion of certain communities occurs or is perceived to be at the expense of other communities. We must elevate together and restore confidence in values that preserve human dignity.