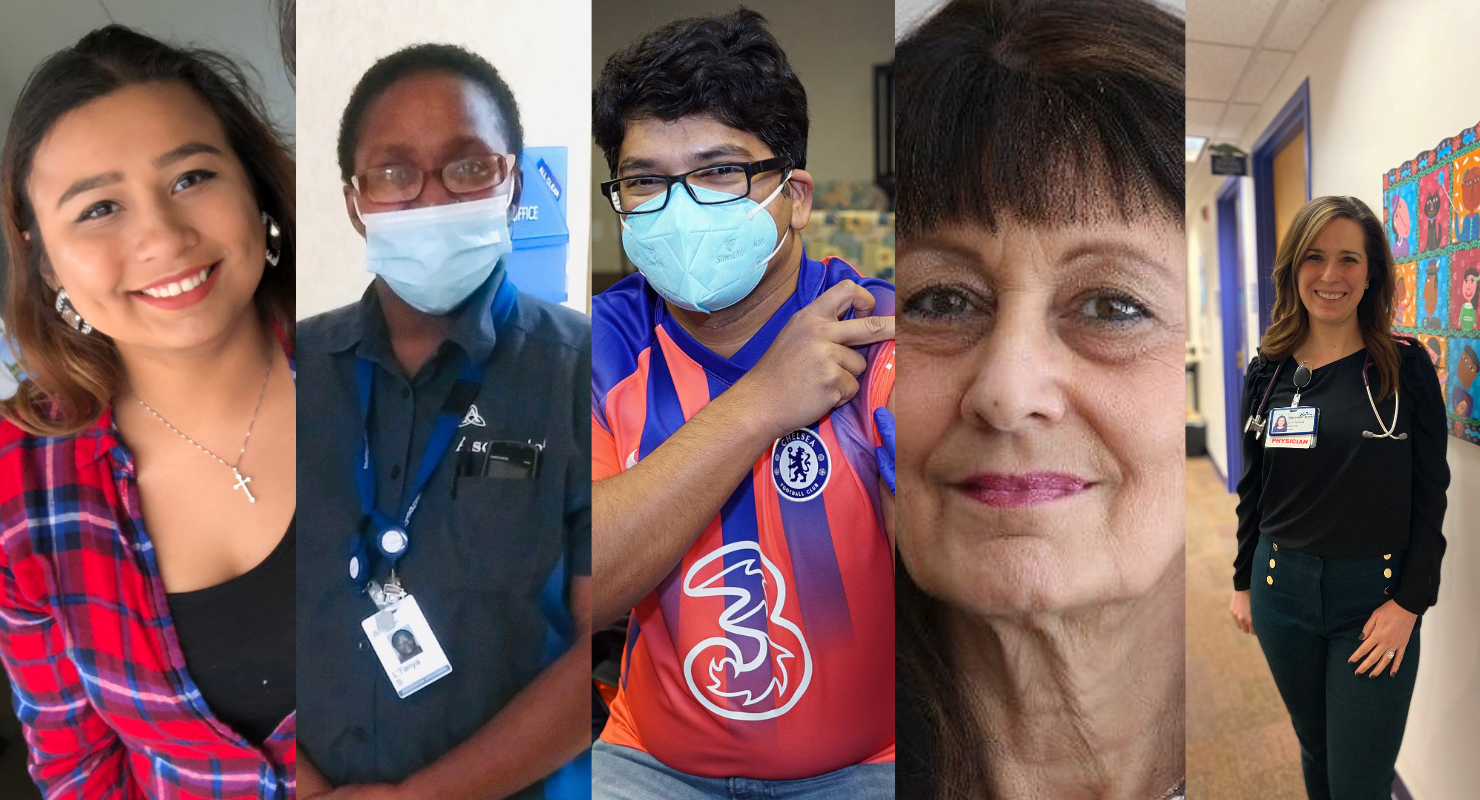 Health care workers across Milwaukee have been receiving the COVID-19 vaccine as the first phase of inoculations begins to roll out.

We caught up with five Milwaukee professionals about their experiences receiving the vaccine. 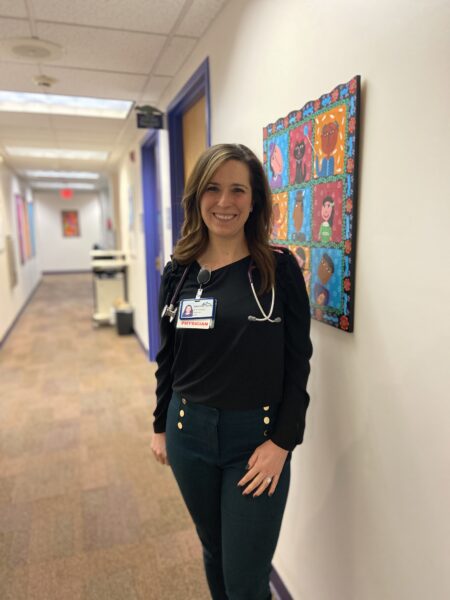 When Dr. Nicole Fortuna, a general pediatrician at Sixteenth Street Community Health Centers, began feeling soreness in her arm and fatigue 12 hours after getting the vaccine, she was actually relieved.

“That’s a normal response,” Fortuna explained. “You actually want that after a vaccine. It means your immune system is responding.”

Fortuna got the Pfizer vaccine on Dec. 28. She said she thought it went smoothly but noted some differences between the COVID-19 vaccine and regular vaccines.

For instance, she said, the nurses who provided the shot took more time to go through the consent form and inform patients about side effects and “contra-indications,” or reasons why they could not get the vaccine.

Fortuna said she had some questions about the vaccine when it was first announced but had enough time to read up and educate herself by the time she was able to get it.

She said she tries to address people’s hesitance: There is no live virus in the vaccine so you cannot get COVID-19 from it. She said that although the vaccine was being released quickly, important safety protocols were not skipped.

“The scientists didn’t cut corners where it mattered,” Fortuna said.

Fortuna also encouraged parents to get the vaccines when they are available since children will not be able to get them. This will protect families.

She said it can be hard to reassure people about vaccines, but she believes this is the best hope to end the pandemic.

“I recommend it to all my family and friends,” she said. “I don’t have a doubt in my mind that this is the right thing to do.”

‘Would you rather get the shot or be laying up in the hospital not able to see your family?’ 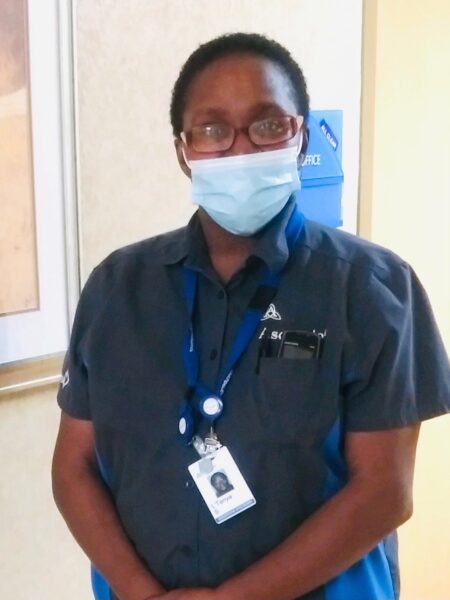 L’Tanya Silas, an environmental services worker at Ascension St. Joseph Hospital, had her doubts about getting the COVID-19 vaccine. That’s why she enlisted the help of a “vaccine buddy.”

Silas went to get the first dose of the vaccine with her coworker Lauren, who works in the respiratory department at St. Joseph. She’ll get her second dose Saturday.

“I finally decided on it because I do work in the health care field, and I’m here every day,” Silas said.

That didn’t mean she wasn’t apprehensive. But after seeing long lines to get the vaccine elsewhere in the country on the news, she felt she was being given an important opportunity.

“It’s OK to have doubts, but in this world we’re living in, I’d rather have this vaccination than not have the opportunity to get it,” she said.

For Silas, the choice is simple.

“Would you rather get the shot or be laying up in the hospital not able to see your family?” she asked.

‘If I can do that, I can take a vaccine’ after chemotherapy 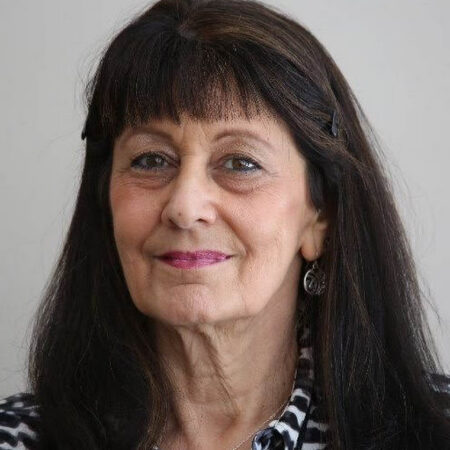 For Lillian Sardina, getting the COVID-19 vaccine was a matter of perspective.

Sardina, a mental health and substance abuse therapist at the Gerald L. Ignace Indian Health Center, has been in remission from lung cancer for two years. Recalling countless rounds of radiation and chemotherapy, she said getting a vaccine seemed to pale in comparison.

“If I can do that, I can take a vaccine,” Sardina said.

Sardina naturally had her doubts, though, and spoke to her doctor first. When it was clear that the benefits outweighed the risks, she got her vaccine on Dec. 28.

There were no side effects besides arm soreness for Sardina, which surprised her. She said she spent the next few days anticipating side effects, but they never came.

“It’s like when you get the cancer diagnosis,” she said. “You expect the worst.”

After hearing the hesitations of some of her patients, Sardina wanted to be a role model for them. She encouraged anyone on the fence about the vaccination to educate themselves. She also encourages everyone to get vaccinated and to take the disease seriously.

“Being able to share that with my patients was important,” she said.

‘If more people get vaccinated, we can put a dent in this disease’ 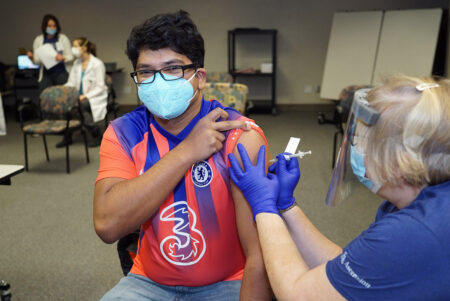 Dr. Srisham Darisetty, an internal medicine physician at Ascension St. Joseph Hospital, has received both doses of the Pfizer vaccine.

Darisetty said the process went relatively smooth, but he did experience some side effects. He had arm soreness and “symptoms of a very mild viral infection without a fever.” But he’s convinced the vaccine was worth the mild discomfort.

He said he’s heard apprehension even from nurses and other members of the medical community.

He had his own doubts six or seven months ago but now feels there’s enough data to say the vaccine is safe.

Darisetty works with COVID-19 patients regularly, and said he suggests everyone get the vaccine when they can.

“If more people get vaccinated, we can put a dent in this disease,” he said.

‘Some flu shots I received were worse’

Sienna Barillas-Greengrass, front desk coordinator at the Gerald L. Ignace Indian Health Center dental office, got the Moderna vaccine just before Christmas. She’ll get the second round on Jan. 21.

Barillas-Greengrass said she experienced very mild side effects. She felt a soreness in her arm and had a headache for about an hour. After that, she said, the only extended effect was the stiffness in her arm for about two days.

“Some flu shots I received were worse,” she said.

Barillas-Greengrass said she was monitored for about 30 minutes to make sure that she did not have an elevated heart rate or any change in her oxygen levels.

Barillas-Greengrass comes from both Hispanic and Native American backgrounds. For the numerous people who asked her about the vaccine afterward, she wanted to show them there’s nothing to be afraid of.

“You can be nervous, but don’t be afraid,” she said. “If you’re afraid you’re letting it control your fear.”

Barillas-Greengrass said that when she got the vaccine, she was thinking of her family at home: Her father who has an underlying health condition and her grandmother who lives with them and everyone else in the household.

“It’s not just for you, it’s for everyone you care about,” she said.

In case you missed it: 8 things you need to know about coronavirus vaccinations