You are here: Home / Home / Carousel / An NNS Valentine’s Day: COVID-19 has taught this South Side couple how to weather the storms of life. Together.
Share this... 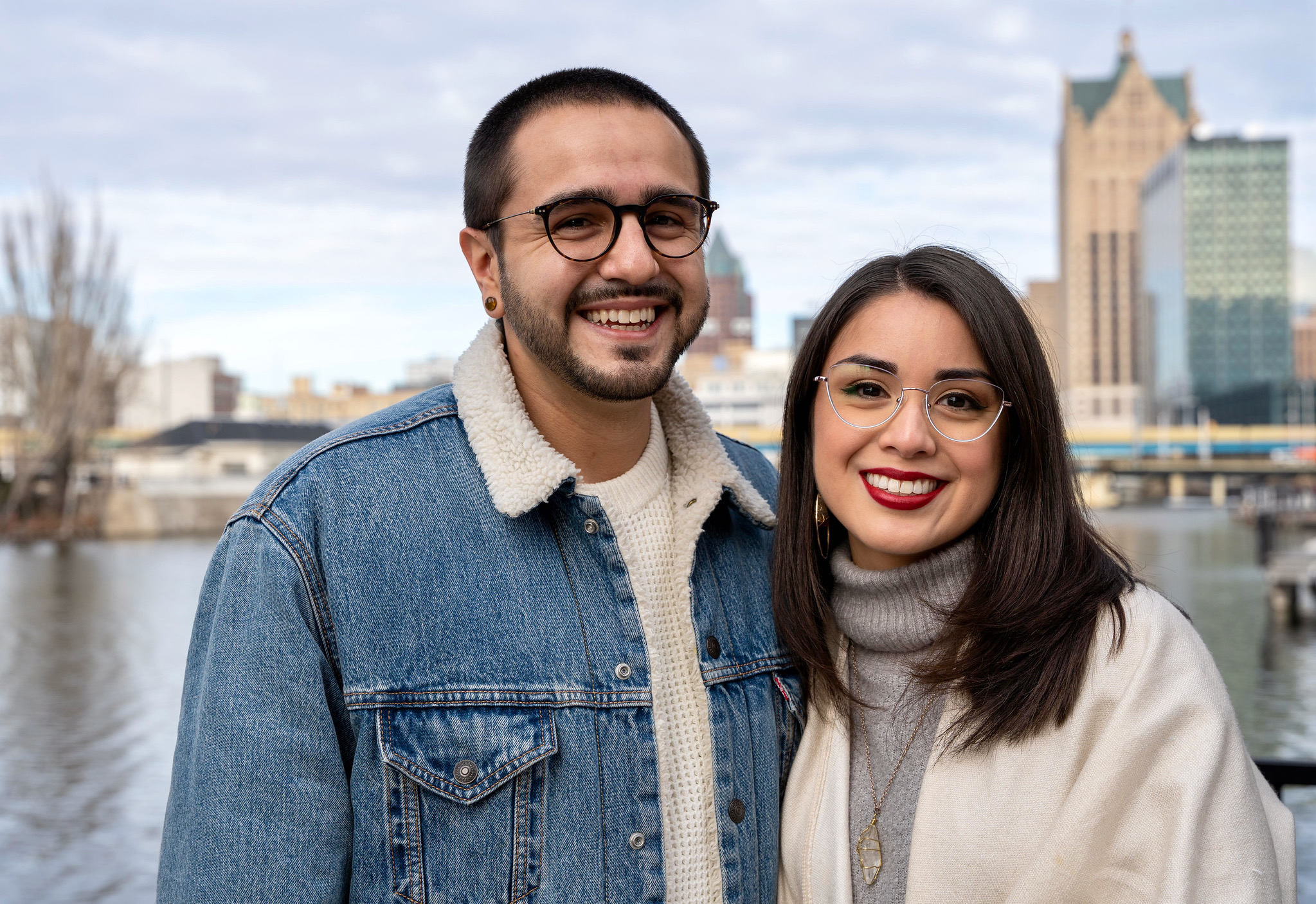 Eric Kleppe-Montenegro and Kika Meráz had plans to marry in June but decided to tie the knot at the courthouse on Valentine’s Day. (Photo by Marcelo Martinez)

Eric Kleppe-Montenegro and Kika Meráz got married last Valentine’s Day after originally planning to tie the knot in June.

At the time, the South Side couple had no idea the pandemic was around the corner and initially thought they would be able to celebrate their wedding as scheduled.

Instead, they postponed the reception and adjusted to a new normal, which for the first time had both of them working at home.

“It’s kind of funny to think that the first year of our marriage has come and gone like this,” Eric said.

Eric, who is a filmmaker, DJ and photographer, was used to working at home. Kika who teaches English as a second language at South Division High School was not.

At first, it was an adjustment, Eric said. He was used to not only being in the house but to Kika leaving for work in the morning. But, according to Kika, learning to occupy the same space during the day has been enjoyable.

“Obviously, we sometimes butt heads over the dishes, but it’s nothing serious,” she said. “I’ve really enjoyed being able to be here with him, and I wouldn’t want to be working in a job that would make anything riskier for either of us.”

The two went into the stay-at-home order with a good mindset. Their focus is on supporting each other during this time. Eric noted that Kika has been really good about handling the challenges the pandemic has unleashed.

“I feel like she’s really good at adapting and living with things the way they are and making the most of it,” he said. “She’s definitely taught me to keep a level head with everything that’s going on and to always stay focused on what’s around the corner.”

Although they each approach challenges differently, Kika says she’s learnt how to respect the difference in their approach. They try to analyze the situation together and work through a solution.

In a tense moment or argument, it’s easy to spiral down, Eric said, but what keeps him grounded is remembering why he’s here in Milwaukee with Kika and why he always appreciates her.

“Always remember why you’re in a relationship with that person and never take them for granted,” Eric said.

Kika added that it’s important to know oneself.

“Always make sure that you have a space within your relationship and that space is respected for you to do your own things,” she said.

Read: An NNS Valentine’s Day: ‘We never would have met each other if we weren’t in these organizations’: Activism is a common thread for South Side couple