You are here: Home / Home / Carousel / A community gem for many, many years to come’: How ThriveOn Collaboration plans to transform North Side
Share this... 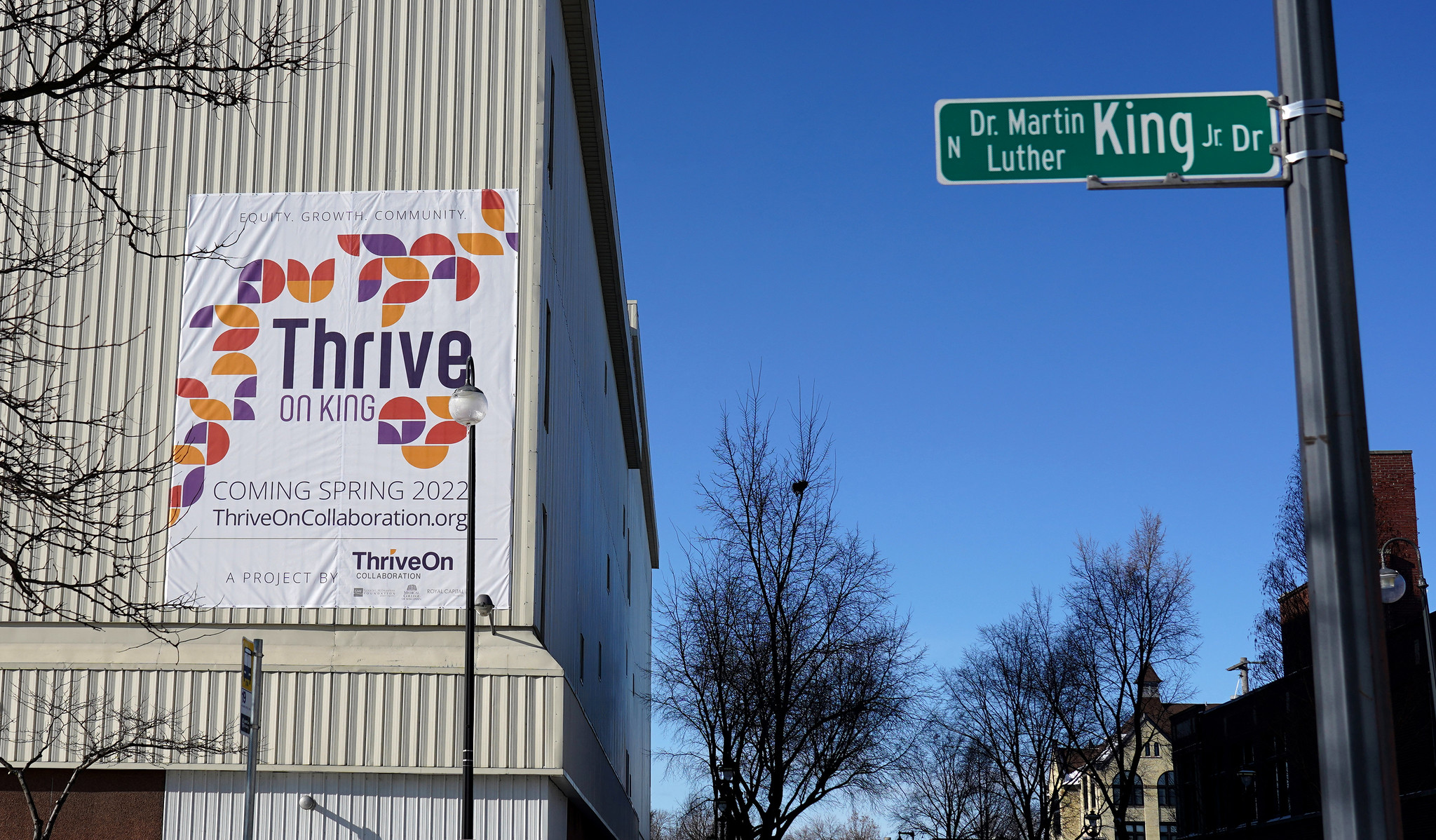 CCOVID-19 has complicated the start date of the project, but the ThriveOn Collaboration hopes to begin renovating sometime this spring. (Photo provided by the Greater Milwaukee Foundation)

‘The Greater Milwaukee Foundation and a handful of Medical College of Wisconsin programs are gearing up to move into a new home together on the North Side.

The organizations will share part of the 455,000 square-foot building that was formerly a Gimbels-Schuster’s department store in a community outreach partnership they’re calling the ThriveOn Collaboration.

“This will be a community gem for many, many years to come,” Gregory Wesley, senior vice president of strategic alliances and business development of the Medical College, said in a video tour of the unrenovated headquarters.

The collaboration will be housed in ThriveOn King, at 2153 N. Martin Luther King Drive, near where the Halyard Park, Harambee and Brewers Hill neighborhoods meet.

COVID-19 has complicated the anticipated timeline for construction at ThriveOn King, but the organizations hope to begin renovations on the $100 million project sometime this spring and are looking to open its doors in spring 2022.

Kenneth Robertson, executive vice president, chief operating officer and chief financial officer of the foundation, said the partnership between the foundation and the Medical College began about three years ago when the organizations recognized their similar desire to work more closely with the community.

ThriveOn King will be home to the foundation’s headquarters and a handful of Medical College programs, including the Center for AIDS Intervention Research, the Institute for Health and Equity, offices of Epidemiology, Community Engagement, Cancer Center Outreach and the Center for Advancing Population Science.

In addition to housing the organizations’ independent operations, the foundation and the Medical College will work with Royal Capital Group, the owner and developer of the six-story building, to provide a space for community engagement.

The ultimate goal? To use “a range of strategies to invest in the health, equity and economic well-being of people across Milwaukee,” the website says.

The building will also include office spaces for other potential partners and over 70 mixed-income housing units ranging from one bedroom to four bedrooms.

Meeting people where they are

The Greater Milwaukee Foundation is currently at 101 W. Pleasant St. in Schlitz Park. The motivation behind moving operations to the North Side, Robertson said, is to better connect with the people the foundation seeks to serve.

“If we want to meet people where they are, we have to be in the communities they’re in,” he said.

Robertson said that the organizations have made efforts to include community voices throughout the planning process, including forming a Community Advisory Council. The council is made up of 15 individuals living in the surrounding neighborhoods who are tapped to give input on grant-making decisions and other program initiatives.

Dalvery Blackwell, a resident of Harambee, has been a member of the Community Advisory Council for about a year. Blackwell has long been an advocate for her neighbors as a co-founder of the Historic Third Street Residents Council. The council formed to discuss the concerns of residents in and around the eight-block rectangle formed by North First Street, West Center Street, North King Drive and West North Avenue.

Blackwell said she is glad community voices are being included in the decision-making process.

“For me, the priority is to continue to engage the residents so they feel that they have a voice and that they can contribute to this opportunity that’s available in our neighborhood,” she said.

Tell them what you think

The project’s community engagement team hosts two virtual office hour sessions per week: from 4:30 p.m. to 5:30 p.m. Mondays and from 2:30 p.m. to 3:30 p.m. Tuesdays through April 27. To share your thoughts about the partnership or to be added to the ThriveOn Collaboration mailing list, email communityengagement@greatermilwaukeefoundation.org.