You are here: Home / Home / Carousel / OPINION: ‘When your existence is a direct threat to the status quo’: My journey to the Fire and Police Commission
Share this... 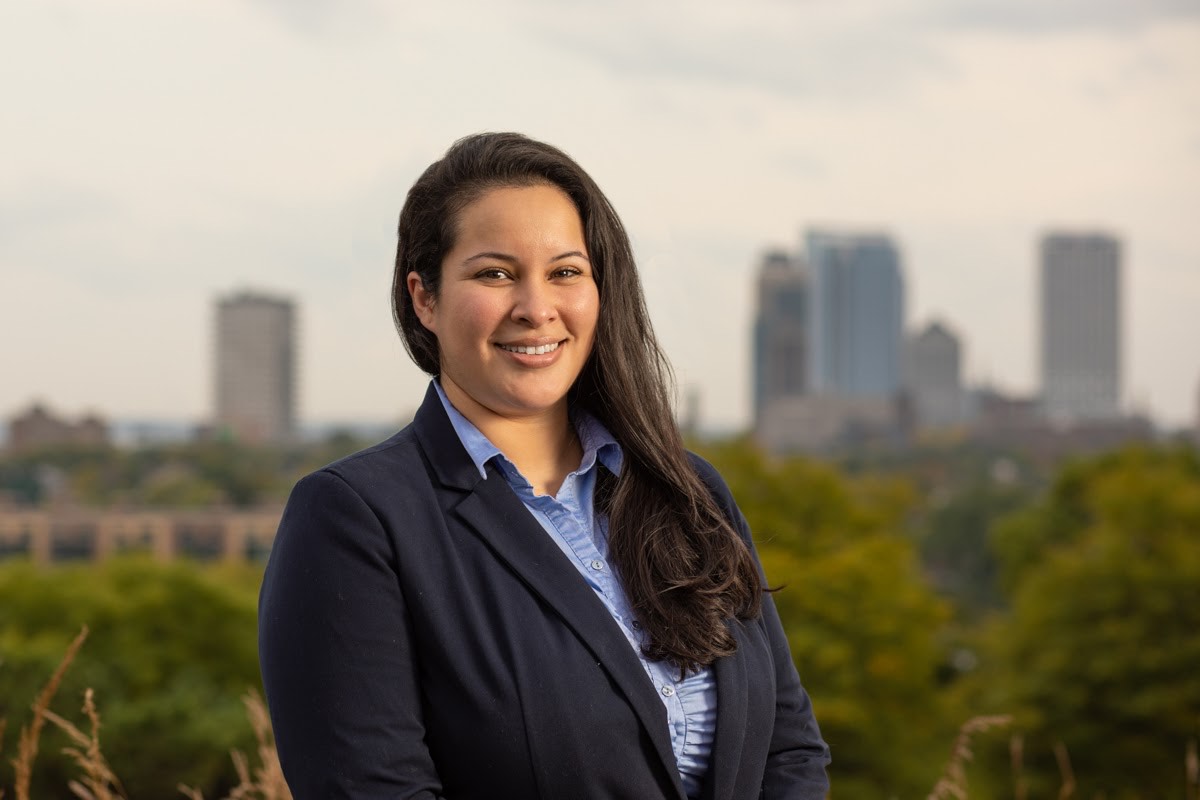 Amanda Avalos is a recently appointed Fire and Police Commissioner, co-founder of Milwaukee Beautiful and the self-proclaimed “biggest fan of Milwaukee.” In this piece, she reflects on her vision for her work as a commissioner and what she’s learned thus far.

The winds are changing. You can feel it in the air a little more every day — people are feeling activated. Young people have marched on Milwaukee streets every day for almost a year demanding justice.

The status quo is no longer serving us, and we know what our city can look and feel like when we are truly safe and thriving. We are committed to getting there.

But we need to talk about how exhausting this work can be.

Years of community organizing, learning about our political landscapes, engaging at the local, state and federal levels of government and intentionally reaching out to build with people — especially young people — grounded me in my personal development and politic. And I still wasn’t ready for what it would be like to be nominated to the Milwaukee Fire and Police Commission (FPC).

Politics was never my plan. I didn’t attempt learning about politics until after college because it felt intimidating and out of reach. I was passively participating before I learned the language. Now, I understand that everything is inherently political — everything we have access to, or don’t, is because we uphold systems that allow it to be so.

My two AmeriCorps service years at Public Allies shaped my perspective; I learned about what and who makes up these systems through my experience at tables where programmatic and city-level decisions were being made. During this time, I first learned about the Fire and Police Commission. I researched what it was, who was on it, started attending meetings at City Hall after work and began familiarizing myself with the flow and scope of their work. I found it exciting to know how policy changes are made but wondered why no one I knew was talking about it.

Years later, the FPC became a hot topic in the media and public rhetoric and became what it is today, but in ways that aren’t always fair or honest. It can be frustrating when only fragments of a story are published to sensationalize the situation at the expense of the people involved. But I don’t fault the media because I recognize that the full picture is often unavailable to the community due to factors like HR and legal matters.

It reminds me to keep my focus on organizing and building relationships with the community, and that it is no one’s job but our own to speak truth to power.

I accepted the mayor’s nomination to serve on the Fire and Police Commission because it was an opportunity to use what I know to help fulfill the duties of a board meant to set critical policy.

During my two-month nomination phase, I experienced more stress, pressure and vulnerability than ever before in my life. My character, physical safety and personal life were constantly threatened by right-wing media, leaders and former elected officials because of my personal vision of public safety.

Having support from friends, family and folks who have experienced this before made the difference in being able to stay committed to the process with a full heart. I learned a tremendous amount from how prominent leaders work in private versus in public, how they reason through strategies, heard their advice and witnessed both courage and dishonesty in the rumors that were spread to advance various agendas.

I am grateful to the members of the Common Council and community leaders who spent hours with me talking about the work, sharing their visions, ideas, advice and frustrations because they believed we can be better as a whole. We always found common ground in being dedicated to the well-being of Milwaukee.

I’m now a month into my term as a Fire and Police Commissioner. It’s true — politics can feel toxic, especially when your existence is a direct threat to the status quo. But in these past few months I have become more confident in showing up as my entire self while protecting my energy and remaining focused on my why. Knowing that I will never compromise my beliefs and principles — and proving it throughout my nomination process when I knew it would cost me votes — keeps me grounded and able to sleep at night.

We are collectively making progress. Public testimonies at FPC meetings over the past few years have called for wider representation on the board, especially with younger people. Being appointed as possibly the youngest Fire and Police Commissioner in Milwaukee’s history (age records dating back to 1885 weren’t kept in our Municipal Research Library) as a queer Brown woman is a sign that we are being heard and are moving in a new direction.

So I was asked how do we make public/political life less shitty? To start, I think we should talk about it. I’ve been processing my experiences so far and am ready to talk about it. I feel a responsibility to share what I went through, what I learned and how I’m navigating through it so that the next person can hopefully have a healthier experience. The more we talk openly about it, the more power we transfer from gatekeeping and stigma into building up our next leaders.

Secondly, we can be honest. If we truly want to build better and stronger systems, we have to be honest with ourselves and each other. Anyone can be a leader, and everyone deserves the truth. As every organizer knows, trust is built at the rate of honesty and transparency.

There are young people looking to leaders in their communities and they deserve to be acknowledged and affirmed. They need to know they are not alone in thinking that life can be scary — there will always be opposition — but it will always be worth showing up fully and authentically.

It remains a personal goal of mine to be consciously aware of the ways I show up in all spaces; seeking to harm less and build up others. I welcome and request accountability from the people of Milwaukee. In this role, I hope to enable and open up pathways for the public to engage in the process of police and fire effectiveness and accountability.

When the community is centered in policy, we can find justice and safety. The people who most closely know the flaws of our systems should be at the forefront of finding solutions.

The fact that the Milwaukee Fire and Police Commission still exists after 135 years as an independent body made up intentionally of community members is a huge opportunity for the city. Milwaukee deserves an FPC that works effectively and fairly; one that makes it easier for the public to engage; and one that works to build trust by being transparent and thorough.

Our communities are tired of repeating themselves over and over every single year, reciting their stories and crying for change after every tragedy only to be consumed by media cycles then quickly forgotten by those in power. Our city deserves nothing less than waves of people who will be unapologetic about their values and will stand strong through the storms of politics and public pressures. We can make it a more sustainable path when we are holding and supporting each other along the way.

It is an honor to serve the city. Let’s get to work.

If you would like to connect with Amanda, her e-mail is amaval@milwaukee.gov.