You are here: Home / Home / Carousel / To Texas, with love: How Milwaukee stepped in for a state that was down and out
Share this... 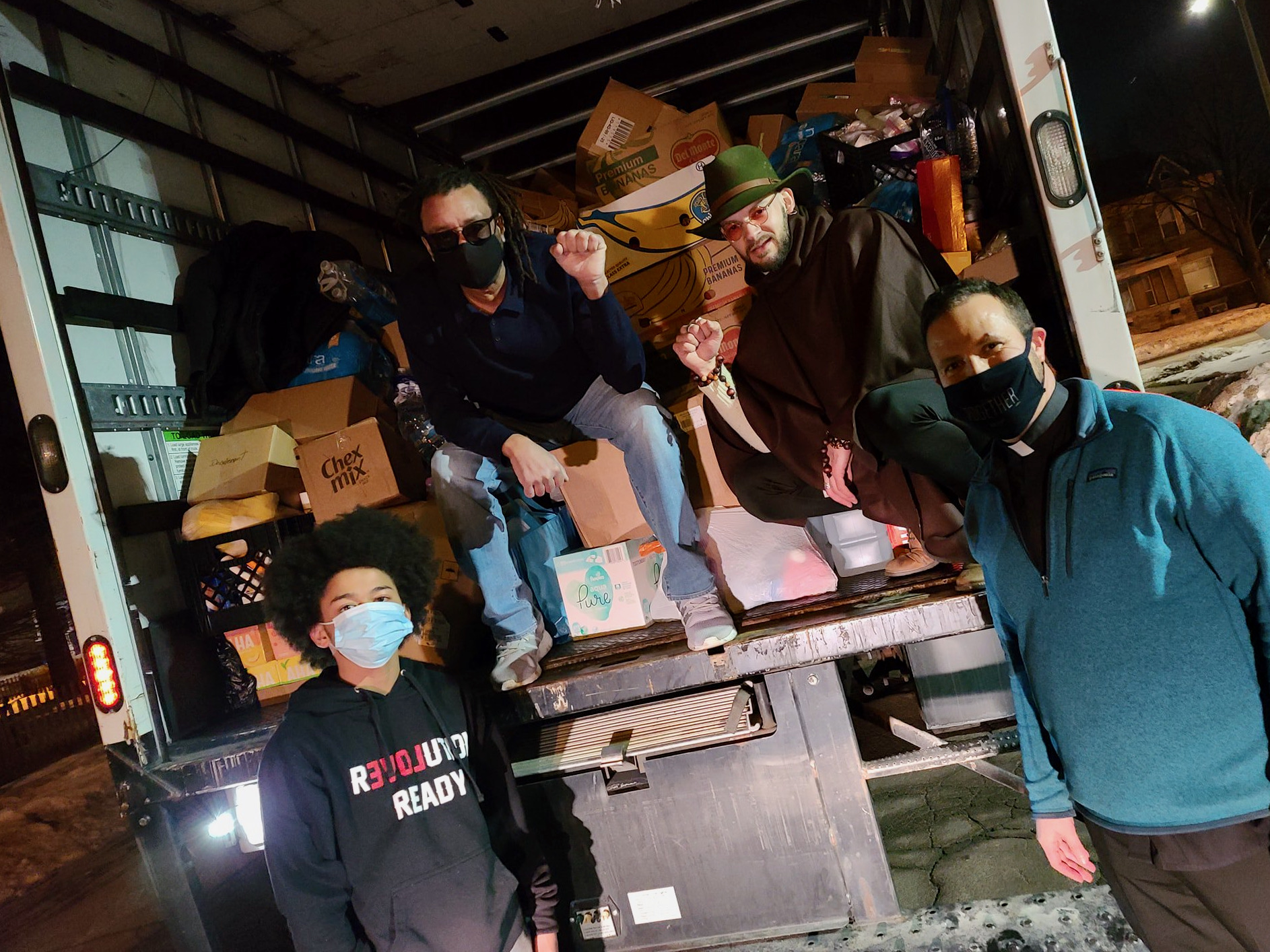 This story has been updated to correct the spelling of Vaun Mayes’ last name.

Milwaukee and Dallas may be 1,000 miles apart, but last week they may as well have been neighbors.

After a winter storm in Texas knocked out electricity and left people without food or water, groups and individuals across Milwaukee sprang into action.

#MKE2TX, a community effort led by Vaun Mayes, Sequanna Taylor and Homer Blow, began when the trio heard about what was going on in Texas from recent Milwaukee transplants.

“The crisis wasn’t over because it isn’t cold anymore,” said Blow, a DJ and program director/music director at WNOV-AM (860). “We’re hearing from people there, people born and raised in Milwaukee, about problems with water, ruined apartments, busted pipes and food shortages.”

In response, the #MKE2TX team raised over $5,500 to buy supplies and pay for their trip to Texas. Blow said the effort was supported by “well over 100” people donating money or volunteering, as well as Bounce Milwaukee, Program the Parks, Feeding America and others. They also picked up supplies in Kenosha procured by Jacob Blake’s family.

After driving all Thursday night and Friday, they dropped off supplies at locations in Waco and the Dallas area on Friday and Saturday before arriving back in Milwaukee on Sunday.

‘There’s no stopping us’ 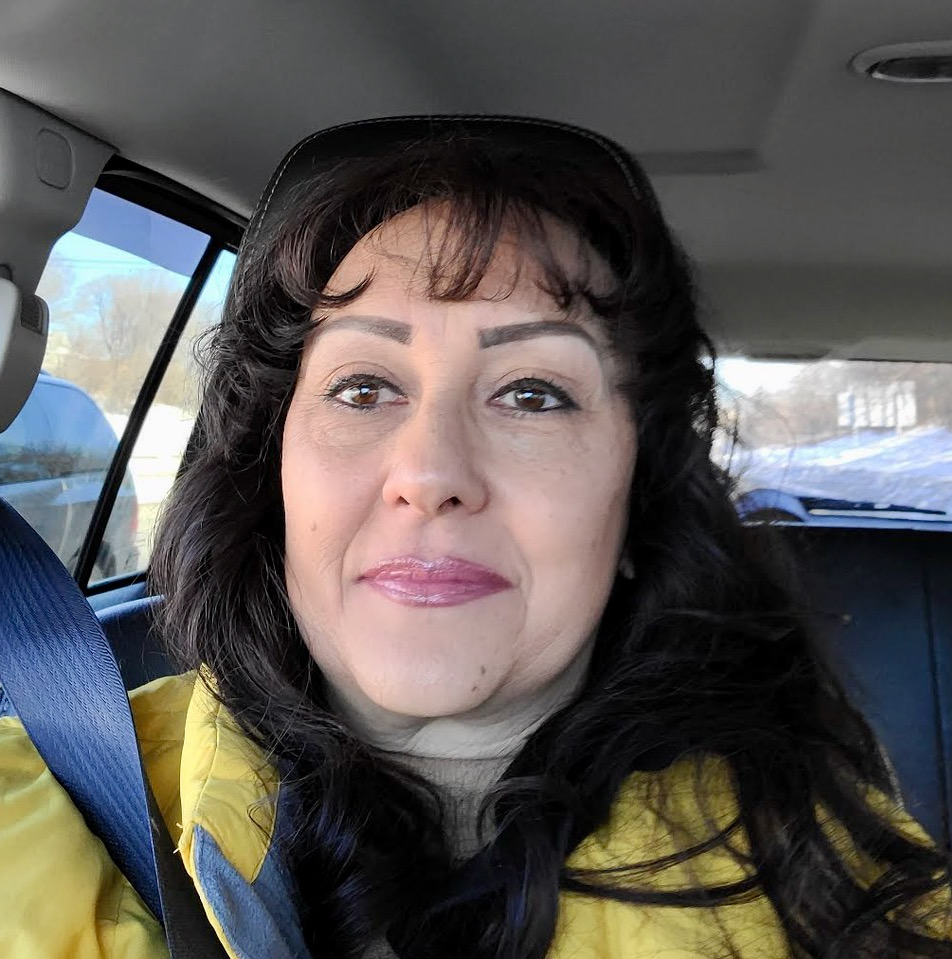 “Amazon said they wouldn’t deliver, so we said, ‘We’re from Wisconsin. We know how to drive in this weather. We’ll just do this,’” says Laura Manriquez, who lives on the South Side. “There’s no stopping us.” (Photo provided by Laura Manriquez)

Mayes, Taylor and Blow were not the only ones in Milwaukee who sprang into action. When Laura Manriquez heard of food shortages in Texas from family there, she tried ordering food for loved ones via Amazon. However, she found that this strategy wouldn’t work.

“Amazon said they wouldn’t deliver, so we said, ‘We’re from Wisconsin. We know how to drive in this weather. We’ll just do this,’” Manriquez said. “There’s no stopping us.”

Manriquez, who lives on the South Side, spends much of her time delivering food for from food banks, meal distribution sites and churches. Already used to driving all over the city getting food to people, Manriquez didn’t balk at loading up her car with food and driving to Texas. Manriquez said she bought about $1,300 worth of meat for the journey, keeping it on ice during the drive.

“I’ve been staying at my son’s house since leaving Milwaukee,” she said. “We’re giving away the food and opening up our home to folks who still need electricity.”

Not all support from Milwaukee was in-kind or driven down to Texas. Shavonda Sisson raised over $500 through her Love on Black Women fund, most of which went to Funky Town Fridge, a community fridge project based in Fort Worth that combats hunger by stocking public fridges that are accessible 24 hours per day.

Sisson said she picked Funky Town Fridge based on a recommendation from a friend familiar with the project.

Sisson also donated to relief efforts after Hurricane Harvey devastated Houston in 2017. She said that connections with people born and raised in Milwaukee but living in Texas was instrumental to Milwaukee’s combined relief effort.

“I feel like whenever there is something happening in Texas, Milwaukee is right there,” she said.

Blow, who also supported the Hurricane Harvey relief effort in 2017, said that the established bond between Milwaukee and Texas is getting stronger.

“Here in Milwaukee we’re concerned with reminding people who moved to Texas from Milwaukee that ‘We got you,’” he said.

Lurena Marie, a friend of Blow’s who was born and raised in Milwaukee but has lived in Euless, Texas, between Dallas and Fort Worth, for 12 ½ years, was in contact with Blow and other people she knew from Milwaukee when her power was out for two days. She said she was not surprised to see Milwaukee step up in this time of need.

“On behalf of myself and Texas, we are very appreciative of the effort,” she said.