You are here: Home / Community Voices / OPINION: The road to being an ally for racial equity begins with a stop in front of the mirror
Share this... 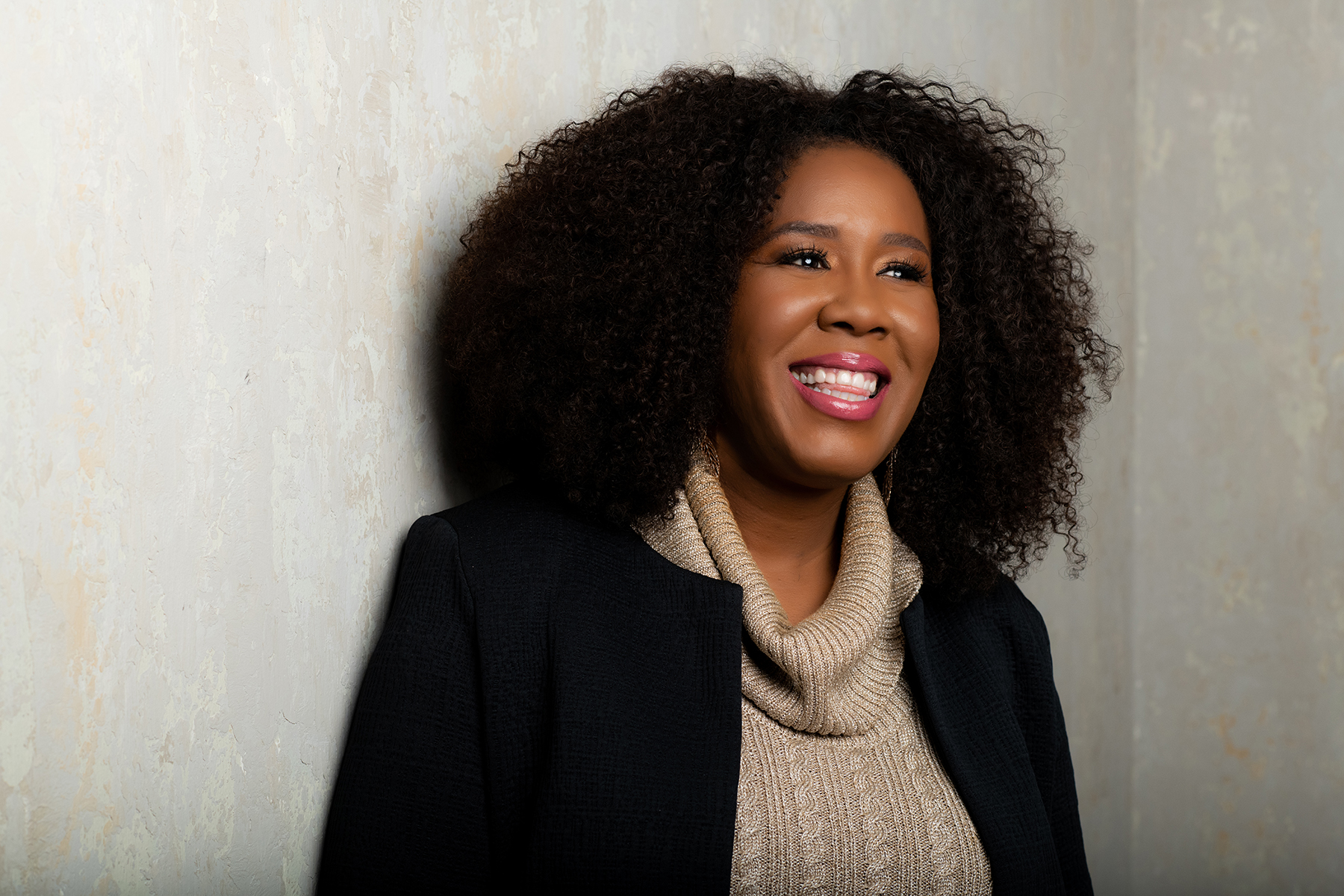 Dominique Samari is the co-founder of P3 Development Group, a Milwaukee-based consulting firm that designs strategic solutions for clients seeking to drive equitable and inclusive change, and the creator of the Belonging Project and Kin, a platform designed to authentically connect individuals across real and perceived differences.

In the past few weeks, I have been thinking and talking (my preferred way of thinking) about my own complexity and the complexity of humans in general. I have been working on myself lately, and inside this work I’ve had to uncomfortably rest in the idea that all my pieces add up to a wonderful, contradictory and complicated mess of sorts. I am getting to a place where I lovingly and compassionately accept that this human complexity is my — and our — universal truth. And as always, I am interested in translating my insights to the racial equity work that I do with organizational leaders and teams.

I don’t know about you but, as a young person, I was raised by my parents and encouraged by peers to put my best face forward. Sometimes explicitly, but often implicitly, I was encouraged to tuck away the less acceptable parts of myself. And not just the weird, quirky parts of myself, for which I am now, as an adult, so very thankful. I am talking about the parts that my mom thought would make me a “bad person” as an adult.

So I tucked those parts away, but just because I tucked them away, did not mean those pieces ceased to exist. They, of course, remained. And, as a result, I spent endless time and effort continuously hiding, burying, explaining away or getting defensive about large swaths of my individual human fabric. But at some point, I became aware that it was preventing me from reaching the vision I had of my best and highest self (Hey Oprah!). It took tons of courage and curiosity to look at the whole picture of who I am, but it is what I needed to do to be who I wanted to be in the world.

My own self-exploration allowed me to see that I am many, many contradictory things and those things change, sometimes by the moment. I am lazy and hard-working. I am confident and insecure. I am genuinely kind and have been absolutely horrible to people. I have a deep heart for the poor in the world and sometimes get annoyed by beggars. I abhor violence, and I own guns. I am outgoing and introverted. I am honest, and I lie. I am brilliant in some spaces and absolutely dumb in others. I am impatient and hate rushing (and even more, hate being rushed). I am a really intentional listener but often find myself ‘spacing out’ in conversations. I root wholeheartedly for those I love, and I get jealous of those I love. The list goes on and on. And on.

For a long time it was difficult for me to reconcile the conflicting parts of myself because it caused discomfort. The pieces I thought of as unacceptable or problematic, were just not in line with who I thought I was or who I wanted to be. For example, I liked to think of myself as a loyal and supportive friend and family member. And yet, sometimes, I got jealous of those same people. I would hear good news and get both excited and jealous at the same time. What the hell? Once that green-eyed monster emerged, I would spend the next half hour justifying it to myself and spinning an internal narrative that allowed me to push the emotion down (my mom raised me well) and move swiftly back to the safe harbor of my vision of myself as a genuinely supportive person who did not get jealous of the people she loves.

It was so uncomfortable for me to think of myself under the raincloud of the condemned action, that I had to convince myself that I was not the thing – not a person who gets jealous of the people I love and support. But this is the thing, I am a loyal and supportive friend and family member, and I am sometimes jealous of those I love. That no longer feels uncomfortable to say out loud. I am getting better at accepting the whole reality of who I am in the world. And this is the thing: I do not have to love it to accept it. All of my actions are not in alignment with who I want to be in the world. That just is what it is – because I am human. But if I refuse to see and accept those “unacceptable” parts of myself I will, a) waste time spinning internal narratives to explain them away and b) cannot authentically grow or move closer to who I truly want to be.

The gifts of humor and curiosity have helped. Since fully accepting this part of myself, I have noticed that I sometimes have a feeling of jealousy over things that I actually do not want in my life. For example my brother recently got a promotion, and I felt a tinge of that familiar jealous feeling. But when I stopped myself for a moment to explore and unpack the feeling, I realized that if someone told me at that very moment that I had been named the Senior This or That of IT at my brother’s company, I would die. In reality, and this is only a slight exaggeration, it sounds like a fate worse than death to me.

Creating the curious space allows me to bring a dollop of humor to the situation. It is like once I see it clearly, it somehow becomes humorous. Like what are you doing, crazy girl? And over time and with awareness, the tendency has significantly diminished. As it turns out, most times when I get that feeling, it is not about being jealous at all. It is about a sense of worthiness (we will talk about that another time).

In the recent past, the vision I held of myself only included the “good things.” But that vision did not acknowledge all of me, and so I could never achieve it. I envisioned a version of myself some time in the distant future without any of the traits I abhorred in the present moment. On the rare occasion when I tried to hold a whole vision of myself (one that included all of my traits – good and bad) it was only for a moment and only in an effort to devise a plan to remove the undesirable traits.

But just part of us cannot live this life powerfully, honestly and authentically. When we do not embrace our full selves, we do not create the space for the highest possibility of who we can become and the highest contribution that that individual is able to make in this world.

So how does this insight translate to racial equity and inclusion work? Get to your point, Dominique!

For white people, especially those who say they are committed to racial equity in this country, it is impossible to show up around this work powerfully and authentically without coming to terms with your whole self – and that includes the parts of yourself that are rooted in racism.

So you are an ally in the BLM movement, and you are uncomfortable around groups of young Black men in hoodies –and maybe even those in suits? Yup. You are pushing for diversity in your workplace, and you are concerned about the capabilities of the Latinx woman interviewing for a high-level management position? Yup.

These contradictions don’t make sense. And, yup, they all represent pieces of who you are and how you see the world, and how you make decisions about where you live, and who you want in your workplace. They are perceptions and perspectives rooted in racism that most don’t want to own. But if we are to make real progress toward racial justice, acknowledging racist perceptions and understanding how they cause harm to individuals and contribute to systemic inequity is essential.

If you are brave enough to look, you can see racism hiding out with all the other “unacceptable” parts of yourself that you push down, and right alongside your desire for justice, your desire for peace, and all of the other beautiful parts of you. You will see that you, like all of us, are a big ball of human complexity that can only rise to its greatest potential when all of it is acknowledged.

White people also often avoid their hidden racist parts because looking at them brings up feelings of guilt and shame. But guilt and shame will not serve you on your racial equity journey. They are stumbling stones on your path, and you must be aware of them if you don’t want to continuously trip and fall over them.

Instead, when guilt or shame arise in the context of racism, take note and get curious. You are being presented with an opportunity to learn about your complex self and grow closer to the leader you want to be. If you can understand your psyche to be a complex human mix of admirable and problematic tendencies and beliefs, you don’t have to be so afraid to examine and own the darker parts.

Ask WHY you hold a particular racist viewpoint. When was the first time you heard someone else express it? Who was it? Why did/do you believe it? What do you gain from holding onto it? Who do you harm? How can you change? If you choose curiosity as the lens through which you look at your darker parts, it can be easier to explore and dismantle the roots of your racist patterns and beliefs. And isn’t that the goal?

Understanding human complexity is a gift to yourself AND to others.

The humans are a curious bunch. While it was once my tendency to quickly bury my ‘negative parts’ and push to the visible front my ‘better parts,’ my default mode with the other humans was to quickly label them by their ‘negative parts’ and push to the side their ‘better parts.’ By doing this, I froze people, even those I loved dearly, within the one-dimensional frame of my judgment.

When I gave myself the gift of seeing my own complexity, I simultaneously gave the same gift to everyone in my life. The process of forcing myself to be honest about, explore, even appreciate, my own complexity, allowed me to more easily extend grace to others. This doesn’t mean that I never think of someone as a jerk or a bigot or a misogynist. It just means that I can now provide some space for that person to be more than that.

If I experience someone as a jerk on Wednesday, now it’s easier to hold a space for the possibility of who that person will be on Friday. And even if my experience of someone remains the same from one day to another, I still know that this is not the full extent of who they are in the world. They, like me, are complex creatures grappling with their own set of experiences, perceptions, fears and failings.

Dealing with complexity involves multiple ways of knowing. It involves acknowledging the full range of our human experience and being willing to flow with the currents of change. Allowing for complexity provides a clearer picture of each one of us; a picture that includes our common failings and our common humanity.

The gift of complexity is the only space from which we can be wholly accountable for our actions and harm. You can’t take responsibility for something you have yet to acknowledge, even to yourself.