You are here: Home / Posts from Community / Post from Community: Convergence Resource Center celebrates Ebony Wright as its 2021 ‘Masterpiece Work of ART’
Share this... 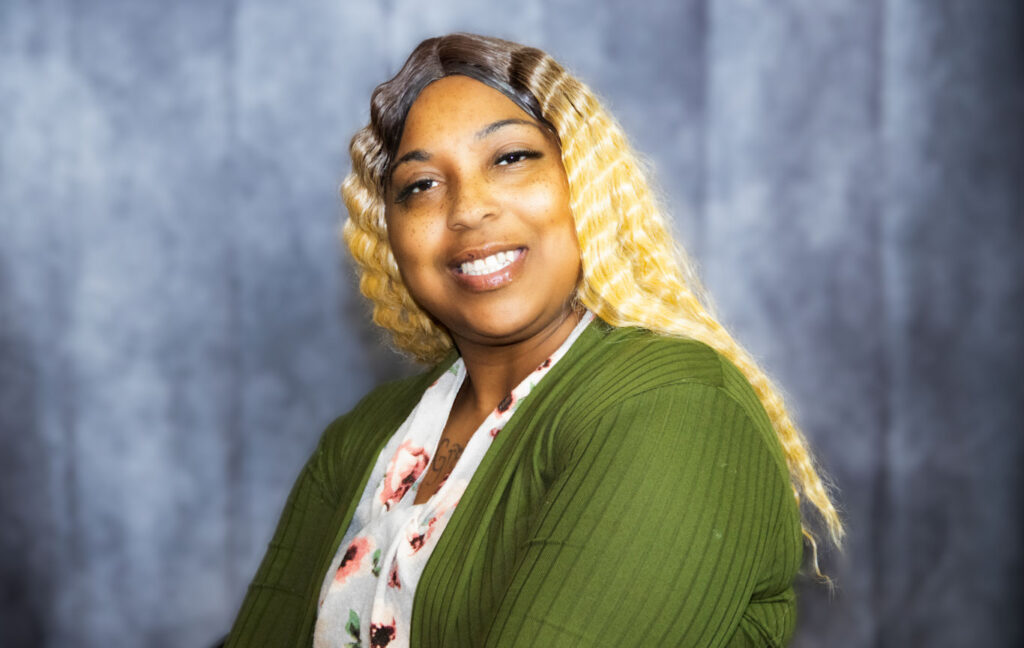 Four years ago, Ebony Wright was looking forward to being reunited with her seven children after three years in jail. She knew she never wanted to return and vowed this, her third term, needed to be her last. An unexpected encounter with a Convergence Resource Center (CRC) volunteer shortly before her release put her on the right path to her goal.

“I never expected they would do as much as they have for me. I thought they might give me a bus pass and maybe one or two counseling sessions,” said Wright. “They helped me find a place to live, clothes, personal hygiene items, towels and sheets along with resources and referrals for other programs and assistance.

“I’ve received one-on-one counseling, group therapy, computer training that will help me get a job working in an office, and they are helping me get my GED (high school equivalence certificate),” she added. “My support system is CRC. They have kept me from making the same bad choices that sent me to jail.”

CRC is a faith-based organization that helps women rebuild their lives after incarceration and female survivors of human trafficking. More than 1000 women have overcome their traumas during the past 18 years because of CRC.

Wright, 37, grew up in Rockford, Ill., the oldest of four children who looked after her three younger brothers after her parents divorced when she was 12. She remained close to her father even after the separation that was caused by drug use. His death two years later and her falling in with older teens Ied to drug and alcohol use, dropping out of school, and becoming pregnant at 17. A second baby a year later followed by a third child three years later added to her stress. That’s when she began writing bad checks and running up credit card bills that went unpaid, landing her three years in an Illinois prison.

She had a fourth child after her release and was pregnant with her fifth when she was arrested for shoplifting. She landed back in prison after that baby was born. Seeking a fresh start, she moved to Milwaukee to get away from bad influences. She had two more children before being sent back to prison for a probation violation in 2015. She learned of CRC in the weeks before her release and enrolled a few days after leaving prison.

“CRC is women helping women. No matter the issue or problem, they always have an answer to everything – they’ve always been there for me and they are there to help me succeed,” said Wright. “No one there is judgmental. They’ve been where I am and some of them have done worse. They give me accountability and the help I need to make the right decisions and do things the right way. The wrong way leads back to jail. I don’t want to go back and have to start over.”

Wright works two jobs – at a daycare center and at CRC – and is proud that in the past year she moved from a rundown apartment into a nice house and has had her driver’s license reinstated so she can legally drive.

“Ebony has never given up. She wanted to be a good mom to her children and to be a better person, herself. All she needed was a helping hand, consistent direction, and encouragement to be her best,” said Lassiter. “That is what she found at Convergence Resource Center.”

Because of her hard work and consistent growth, Wright was recently celebrated as CRC’s “2021 Masterpiece” during the nonprofit’s “Ensuring Hope for the Future” virtual annual fundraising event. Women enrolled in CRC’s programs are called Works of ART, referring to CRC’s Avoid Recidivism Track that helps women avoid repeating negative behaviors to move forward in their lives.  The Masterpiece is the Work of ART selected as having shown the most improvement and growth during the past year.

“Much like a seed that began to sprout at the edge of a garden, she has grown stronger despite the weeds that surrounded her,” said Lassiter. “Thanks to the loving hands, faith, and training of the gardeners at Convergence Resource Center, Ebony has put down deep roots in good soil, grown straight and strong and is ready to bloom for the rest of her life.”

Wright hopes to mentor other women at CRC the way she has been mentored. In the meantime, she is sharing the lessons she has learned with her children.

“I tell my oldest that their past doesn’t define you – you can move forward. I tell my youngest that mommy works really hard to take care of you,” she said. “I have to make the right choices for them. Failure is not an option anymore.”

Convergence Resource Center (CRC) is a faith-based nonprofit community service organization providing support for men and women rebuilding their lives after trauma with an emphasis on justice involved women and female survivors of human trafficking. It collaborates with more than 50 community service organizations locally and nationally through partnerships and membership in several human trafficking task forces. To learn more, call (414) 979-0591 or visit www.convergenceresource.org.