You are here: Home / Home / Carousel / OPINION: It’s time for Biden to deliver on his promises for immigration reform
Share this... 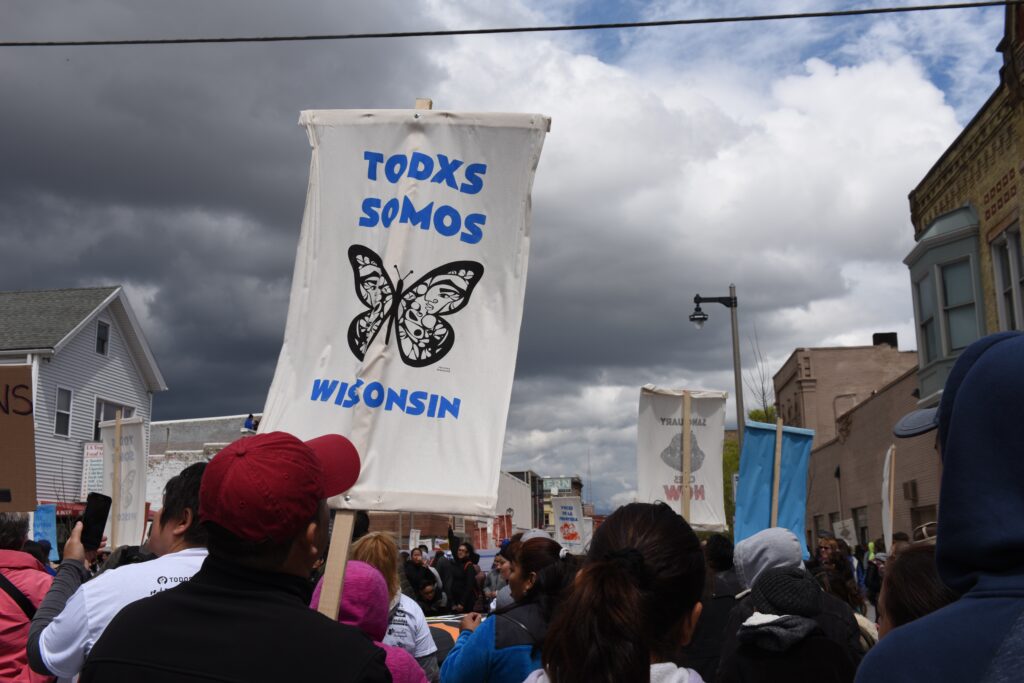 After months of virtual work, Voces de la Frontera is coming together to honor and celebrate May Day. (File photo by Sue Vliet) 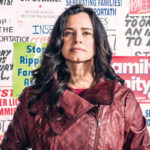 May Day, observed on May 1, is recognized around the world as a day to honor the dignity and struggles of working people. The tradition has its roots in 1886, when the day was chosen to commemorate the workers and martyrs of the Haymarket Massacre in Chicago who were fighting for an eight-hour day.

In 2006, the May Day tradition was revived in Wisconsin when Voces de la Frontera organized a mass march in support of immigration reform following the national general strikes that defeated Wisconsin’s U.S. Rep. Jim Sensenbrenner’s HR4437. The bill would have resulted in a mass criminalization of immigrants. Milwaukee was the third city in the nation to turn out in a national wave of strikes and mass protests against the Draconian bill.

Since then, May Day in Wisconsin has become an annual tradition in the immigrant and worker rights struggle, as well as a national day of action for the pro-immigrant national network Fair Immigration Rights Movement Network or FIRM, of which Voces is a founding member.

This year, May 1, is special. It marks the first time in months that Voces de la Frontera has organized a mass march after being forced to organize virtually or by phone due to the COVID-19 pandemic. Now that people have been getting vaccinated and since the event will be outdoors, we feel it is safe and urgent for people to turn out at a pivotal moment in the movement. May 1 marks the end of President Joe Biden’s first 100 days in office and is a national day to hold him accountable to his campaign promise to Latinx, Black and immigrant voters to prioritize passage of immigration reform in the first 100 days.

It’s also the culmination of a statewide caravan organized by Voces de la Frontera Action and our Essential Workers Rights Network, which was founded in April of 2020 to assist essential workers in their struggle for protections on the job from COVID-19.  This statewide tour is the Wisconsin leg of the “March to Victory – Relay Across America” national tour, hosted by the Fair Immigration Rights Movement (FIRM) Network.

Voces de la Frontera Action and our affiliated Essential Workers Rights Network will be headed to a mass action in Washington D.C. for May Day 2021 to join the FIRM network and other immigration rights networks from across the country – upwards of 40 other immigrant rights organizations will be gathering.

Those attending the May 1 mobilization in D.C. and in major cities in states such as California, New York, Illinois, Tennessee, Minnesota and Wisconsin are calling on Biden, in the absence of bipartisan support in the U.S. Senate, to include legalization of immigrants in the second pandemic relief bill that will be voted on in September.

While there has been progress under the Biden administration through the repeal of many of former President Donald Trump’s executive orders on immigration and some administrative action, it is unconscionable and immoral to delay this reform at a time when the immigrant essential workers have been at the front lines of the pandemic, risking their lives to feed and keep others safe.

A majority of people in the United States and in Wisconsin support immigration reform, yet our elected leaders, in both parties, have failed to make this a reality. May 1 is a historic moment to create pressure from below to move Biden and U.S. Sen. Tammy Baldwin to champion and deliver on legalization in the second pandemic relief bill.  At our Wisconsin May 1 rally, our youth leaders will read statements in support of our demands from U.S. Rep. Mark Pocan and U.S. Rep. Gwen Moore.

For May 1, we will also be awarding U.S. Sen. Ron Johnson with the “2021 Horse’s Ass Award” for aligning himself with far-right white nationalist extremists, his callous and offensive elitism in failing to support critical pandemic relief and his shameful record of blocking immigration reform in the U.S. Congress.

This moment is a historic moment to raise our collective voice to send a strong message that we stand with immigrant workers and their families and will accept nothing short of citizenship for all!  Wisconsin will once again be a leader in the movement. Represent! Join us and help spread the word! Si, se puede!