You are here: Home / Home / Carousel / NNS Spotlight: How the Hmong American Women’s Association creates a safe space for sisterhood and service
Share this... 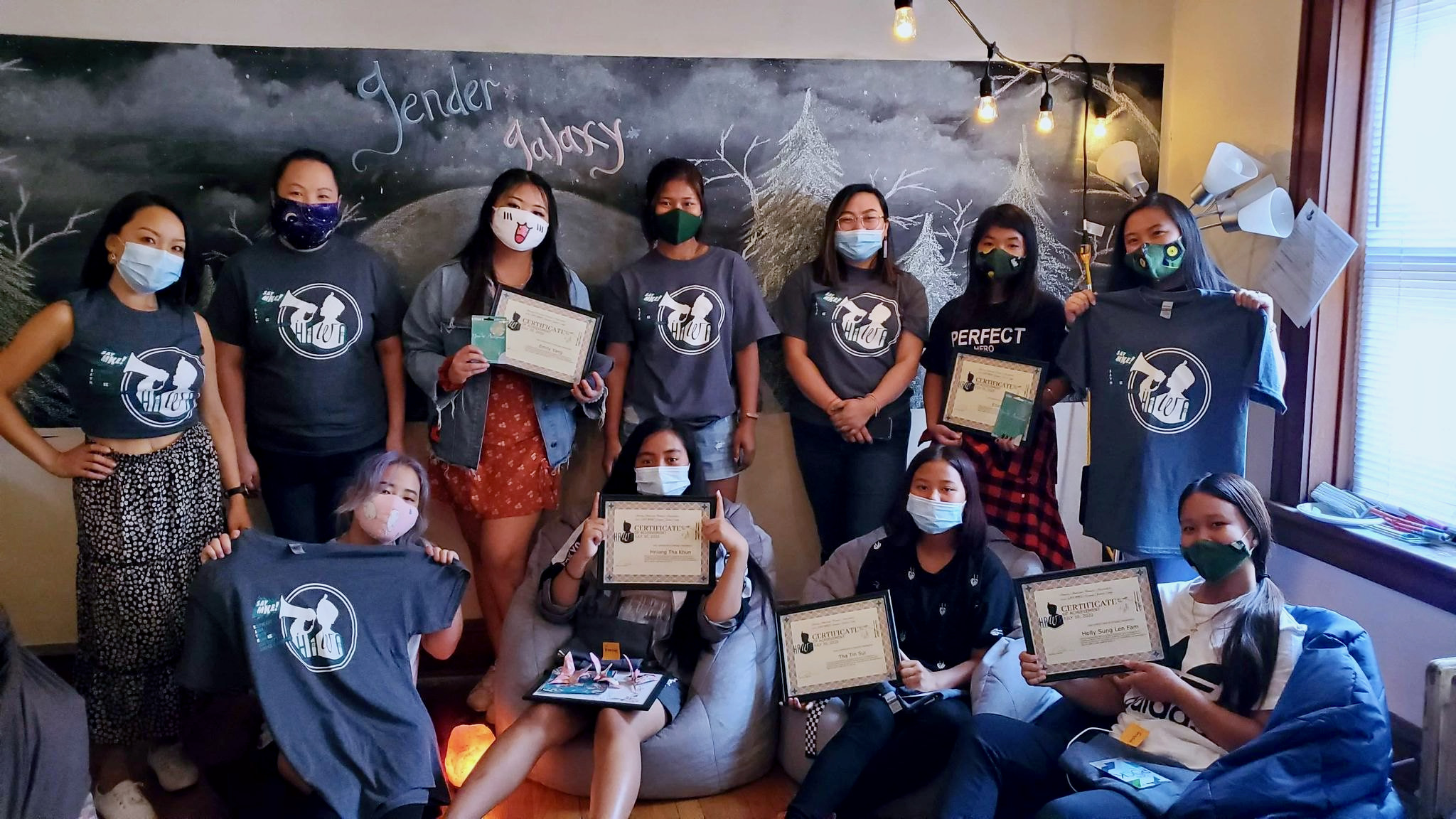 The Hmong American Women’s Association began in the mid-’90s with 13 women. Since then, it has continued to evolve as it creates a safe space for its members. (Photo provided by HAWA)

Editor’s note: This story has been updated to correct the spelling of Yang’s name and current staff size.

For many years, Leana Yang felt removed from her Hmong culture.

As a queer fem woman, Yang didn’t feel accepted in her community. But when she started volunteering with the Hmong American Women’s Association, things started to change.

Yang found a space that not only accepted her but was also open to anyone struggling to find a place in Milwaukee’s Hmong community.

The organization, better known as HAWA, began in the mid-90s with a group of 13 Hmong women. Now, its staff alone consists of 13 members.

The women wanted to create a safe space for women and girls, and its first program was the Paj Ntaub Circle.

Paj ntaub are embroidery cloths and an intrinsic part of Hmong culture. Through the program, women would come together to sew, have conversations and share stories. From there, the group evolved into a sisterhood, said Tammie Xiong, who serves as the HAWA’s executive director.

Xiong’s mother was one of the original founders, and HAWA has always been a part of her life as she’s watched it evolve.

“HAWA has always responded to the needs of the community,” she said.

These days, the organization, located at 3727 W. National Ave., offers youth programming, advocates for the LGBTQ+ community and creates space for survivors of sexual assault and domestic violence.

Yang, who eventually joined the group as the outreach and education director, noted that as the world has changed, so has HAWA.

The group’s domestic violence and sexual assault advocacy work, for example, began in the early 2000s.

“Through a lot of our story sharings and a lot of conversation with our mothers and our sisters, the stories of abuse kept coming up,” Xiong said. “We knew as an organization we needed to be able to respond to that.”

Sexual violence can be a taboo subject in the Hmong community, Xiong said. If an incident happens, it often stays within the family and is dealt with from within. The idea of reaching out for help is nonexistent, she said.

If a person does step forward, not only is she automatically blamed for what is happening, but she’s also pushed out of the community, effectively losing her support system, Xiong said.

Since HAWA is familiar with such cultural nuances, it created a culturally specific sexual assault program.

“We know that when a woman walks through our doors, she has already had to jump through all the cultural hoops,” Xiong said. “Because we live in that same cultural community, we already have that understanding.”

As part of its advocacy work, the group is working on creating sexual assault terminology in the Hmong language. The advocates work with survivors to make trauma-informed terminology that avoids derogatory language.

The terminology and language are constantly moving pieces, Yang added. There are many nuances, and the group is continually learning from its clients.

In recent years, the group has become one of the leaders in the LGBTQ+ advocacy movement. Yang credits Xiong with creating that space and ensuring that HAWA focuses on queer and trans folks in its work.

“I’m 29-years-old and obviously I’ve been Hmong my whole life and never did I imagine that I could be in my Hmong community with Hmong women leaders and really be fully myself,” Yang said. “I feel that that is the definition of being safe.”

HAWA offers LGBTQ+ programming and has a gender-neutral community closet where anyone can shop.

Throughout its continual evolution, HAWA’s approach remains the same: It focuses on sisterhood and story sharing.

“One of the things we continue to center and uplift, even from the ’90s to now, that has not changed, is the story sharing piece,” Yang said.

The story sharing program offers a place of healing for women, girls and queer and trans folks, she said. The healing piece further brings the women together, Yang said, and it helps build that sisterhood.

While the youth programs meet once a week, the healing programs may only meet twice a month. Currently, the groups meet virtually, but organizers are looking for alternative ways to safely gather in light of the pandemic.

Working in the margins

Although the group has established itself in the Hmong community, it sometimes struggles to be visible throughout Milwaukee.

Xiong said she wishes more people in Milwaukee would try to learn about HAWA’s work and how residents can better support and uplift its efforts.

“In Milwaukee, there’s not one space that is specifically for Southeast Asian women, girls, queer and trans people in this city, and that is the space that HAWA is trying to fill,” Xiong said.

“I think that if Milwaukee saw the value of a place like HAWA, they would see how incredible the people are within that organization and what they actually bring and contribute to the larger Milwaukee community,” Xiong said.

Although the National Avenue offices are currently closed because of the pandemic, more information can be found on HAWA’s website www.hawamke.org.