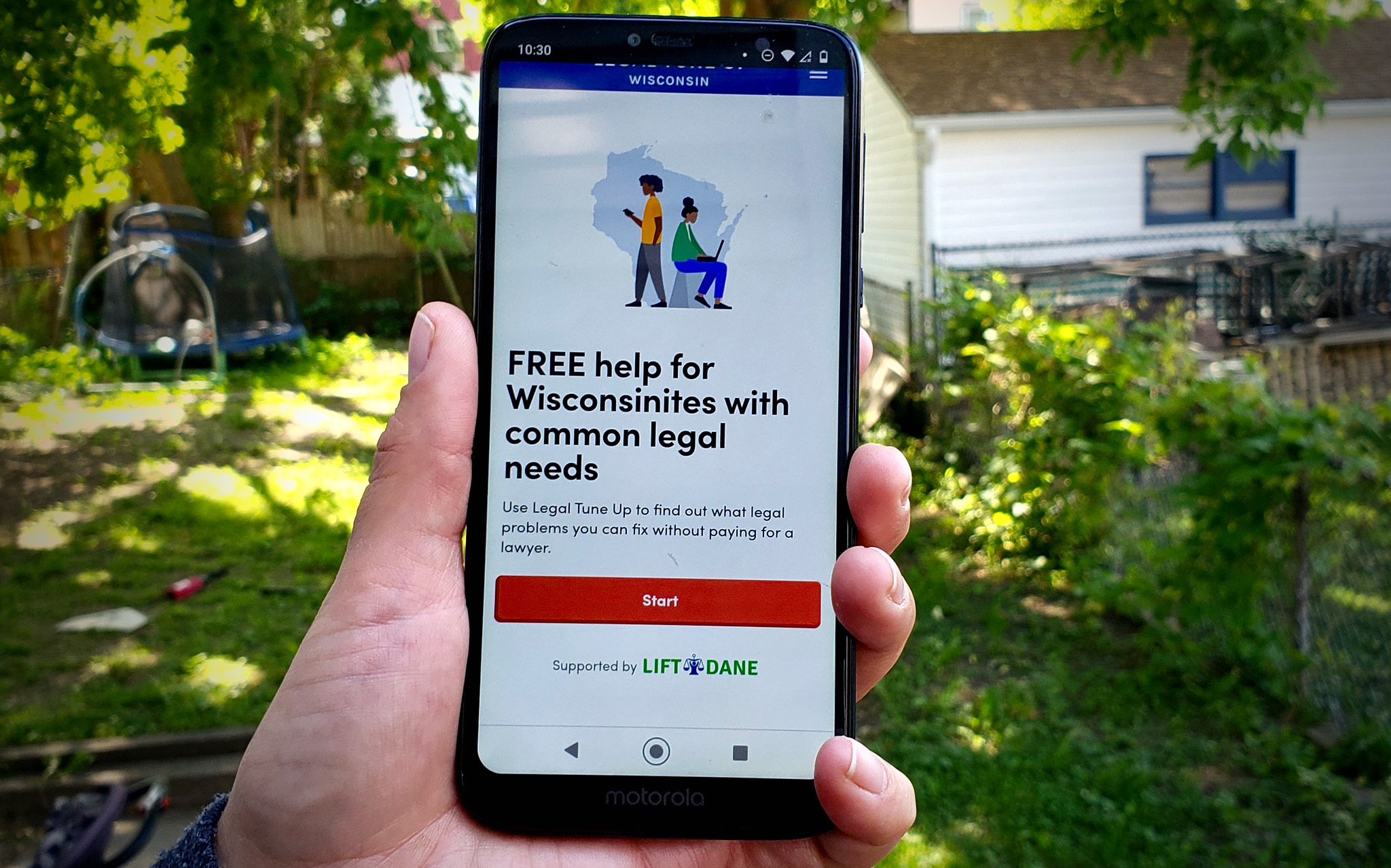 The Legal Tune Up online tool walks individuals through the process of removing eligible criminal and eviction records. (Photo by Edgar Mendez)

A new tool could help individuals remove employment and housing barriers with the click of a few buttons. Legal Tune Up, an online service, lets users quickly check whether criminal, housing or other blemishes on their record are eligible for removal from public databases.

“Clearing those barriers can better their opportunity to improve their life economically, mentally and physically,” said Marsha Mansfield, executive director of LIFT Dane, the Madison-based group that created the tool.

Mansfield said that LIFT Dane and other partners in the effort, including Legal Action of Wisconsin, Employment and Training Association of Dane County and the University of Wisconsin-Madison Law School, created Legal Tune Up to address challenges people face accessing legal help to clear their record.

“We use public records that other decision makers are using against people, but use those records to help people,” she said. “The tool cleans records that employers and landlords are looking at.”

Here’s how it works

Users can visit Legal Tune Up and enter a few basic pieces of information: first and last name and date of birth. Once you enter that information and hit search, the tool will scan databases including the Wisconsin Circuit Court Access Program, better known as CCAP, for records that can be removed, including some criminal and eviction records.

Not all records can be removed. But criminal charges that didn’t result in convictions or charges that were dropped are eligible.

Legal Tune Up can help you remove evictions from your record in cases where an agreement was made between parties or by the judge to remove the records from public access or in eligible cases where there is no monetary judgment or that judgment has been fulfilled, Mansfield said.

Once the tool identifies records eligible for removal, it will walk you through the next steps, even sometimes automatically filling in paperwork with information specific to your case. It also will help you send forms electronically to the Wisconsin Department of Justice to begin the process. It typically takes the Department of Justice six to eight weeks to process those requests.

LIFT Dane is still working to add services that can also help you address child support, recover your driver’s license and access job training and other opportunities, Mansfield said.

One thing that is important to note is that the tool cannot help you remove criminal convictions, a process known as expungement. Expungement means having misdemeanor or nonviolent felony convictions removed or sealed from your record. It’s a process that doesn’t happen often in Wisconsin, which has one of the toughest expungement statutes in the country.

On June 2, their push to make expungement easier in Wisconsin moved one step closer. Assembly Bill 69/Senate Bill 78 was passed by the Judiciary and Public Safety Committee by a vote of 5-2.

If approved by the full Assembly and Senate and signed into law by Gov. Tony Evers, the bill would still limit expungement eligibility to individuals who have been convicted of nonviolent and low-level crimes. But it would change the requirement that an expungement decision be made by a judge at the time of sentencing and expand eligibility to those ages 25 and older. No date has been set yet for a full floor vote in the Assembly on the bill.

Democratic State Rep. Evan Goyke of Milwaukee, who co-authored the bill with Republican Rep. David Steffen of Green Bay, wrote in his monthly update to constituents that the legislation would create “more opportunities for thousands of Wisconsinites with a prior conviction.”

Marshfield said her team is also keeping a close eye on the developments in Madison. If the bill passes, she said, they hope to secure funding so that the tool can be used to support expungements in the future.

The ultimate goal is to help individuals in the state have better opportunities to move forward.

“We want to make a difference for people statewide and help them have a better life,” she said.