You are here: Home / Home / Carousel / Meet three Class of 2021 grads you will be lucky to work for one day
Share this... 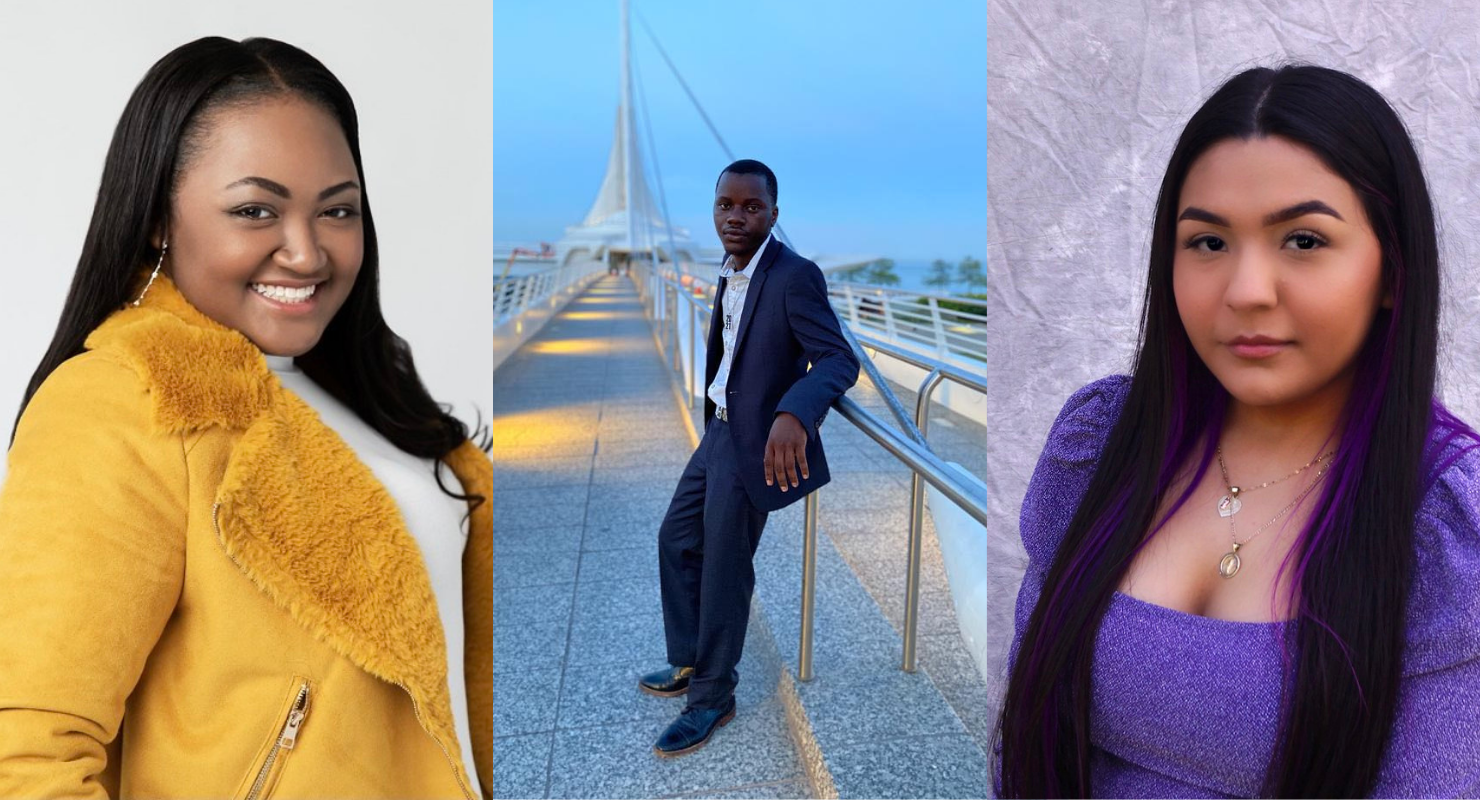 These three young people are all accomplished academics, but they also offer important perspectives on sexism, the power of an education and the media’s influence on teens.

They serve as a reminder that while the cap and gown make for a great photo, it’s the experience they symbolize that matters.

‘I’m so excited for what’s coming next’ 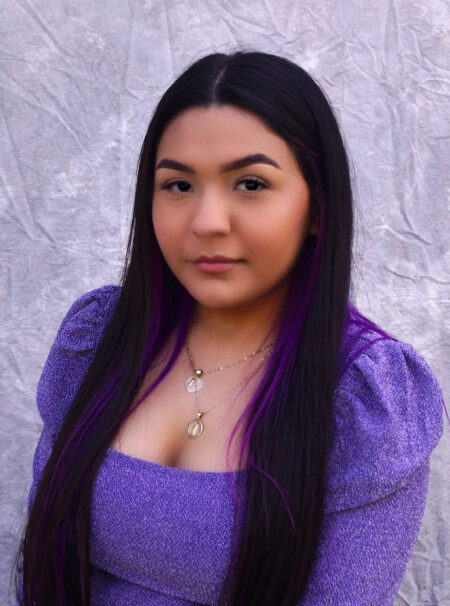 Alexandra “Lexa” Moreno-Romero has always loved school. This is partly because she missed out on her K4 year because she was helping her mother with tasks around the house.

Her mother, who moved from Zacatecas, México, with Lexa’s father before Lexa was born, had a difficult pregnancy that left her homebound when Lexa was going to start school. Lexa had to skip her K4 year to help her mom with small tasks, such as helping make meals and moving furniture while her mom rested.

Lexa still remembers this whenever she experiences hardship.

“It was a really big moment in my life,” she said. “When things are hard now, I think to myself: ‘If 4-year-old Alexandra could do that, I can do anything now.’”

When she finally started school, it was love at first class.

“On my first day of school I was excited because I felt I missed out, even though everyone was crying because they had to leave their parents,” she said. “Elementary school was a blast. I was very much a teacher’s pet until middle school.”

Lexa said it was in middle school that she began noticing how the world treated her differently from others, particularly her male peers.

“Sometimes I felt a little lonely in middle school because no one else was questioning sexism around us, such as teachers only asking the boys for help with physical tasks, or some of the boys saying I cheated on worksheets because I finished before them.”

Lexa still remembers a writing assignment when she talked about how sexism was affecting her. She felt nervous when the teacher called her over to ask where she learned these ideas, but soon it was clear that she was not in trouble for expressing herself.

“I remember the teacher saying, ‘When you grow older, you’ll understand how far ahead you are.’”

Lexa stayed ahead of the curve all the way through Carmen High School of Science and Technology, South Campus, where she graduated as valedictorian after taking AP and honors classes. She also racked up a slew of extracurriculars that included being the vice president of her school’s League of United Latin American Citizens, or LULAC, chapter and representing the 8th District on Milwaukee’s Youth Council.

However, Lexa said it hasn’t always easy. When COVID-19 shifted her school to virtual learning, she initially had a tough time adjusting emotionally. She said “everything went downhill” during the pandemic, and she found out how much she relied on the structure that in-person school provided.

“I had an identity crisis when school shut down. I was asking myself: ‘If I am not a student, who am I? Who is Lexa without school?’ ”

Nevertheless, Lexa persisted. She started therapy and continued pursuing her academic dreams, eventually landing a full-ride scholarship to the University of Chicago. She plans to study psychology while also keeping her eye on law school or a Ph.D. program afterward, though she also wants to take time to explore her options.

“It’s been a journey, but I’m so excited for what’s coming next.”

‘Education is my passport to my future’ 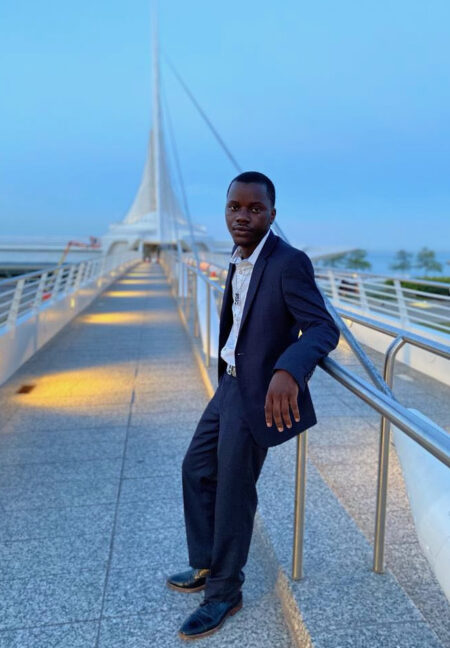 If there is one thing Omari Wilondja knows, it’s the power and freedom that comes with an education.

Omari was born in Kigoma, Tanzania, after his parents moved there from the Democratic Republic of the Congo as refugees. Omari spent his first 13 years in a refugee camp there, where he remembered feeling stuck. Each day meant waiting in lines for food, and he said most people didn’t go to school because it was expensive and not advanced.

So when he got the news that his family would be moving to the United States, he couldn’t believe it. He said the only people who left Tanzania to go to school in the U.S. were the children of lawyers, doctors or political figures, not refugees.

“When I was told we were moving to the U.S. I thought it was a joke. I had only known the U.S. from TV and movies. I expected no hunger or poverty anywhere,” Omari said. “It wasn’t as perfect as I expected, but it was still a big opportunity for me.”

When Omari landed in Milwaukee after four consecutive flights, he found that there were two main challenges standing between him and success in his new country: mastering English and getting used to the culture.

Omari said he had learned English primarily through cartoons before moving here and had some catching up to do to keep up in class. People made fun of his accent, but he didn’t care. By his junior year he was taking classes with native English speakers.

As for American culture, Omari said, it took some time to get used to how overly polite people could be here.

“Everyone was saying ‘sorry’ and ‘thank you’ all the time to everything,” he said. “That took getting used to.”

Omari credits South Division High School’s environment with giving him the opportunities to succeed and feel at home. Beyond participating in student government and various clubs, Omari remembers the atmosphere that made him feel comfortable being himself.

“Being in South’s environment changed my life,” Omari said. “The teachers took time to explain things to me, everyone was from different countries, and most of the students spoke multiple languages.”

After graduating, Omari plans to attend UW-Madison, where he received various scholarships to pay his way in full. He plans to study business with an emphasis on management and human resources, partly because of his experience as a Swahili translator for Strong Blocks, a real estate company that helps people go from renting to owning a home.

“I want to be a bridge between people from different backgrounds,” he said, adding that he’s also considering a career in international relations where he could bridge gaps between his two home countries: Tanzania and the Democratic Republic of the Congo.

“Education is my passport to my future,” he said.

‘I want to make realistic stories for people so they feel seen, heard and felt’ 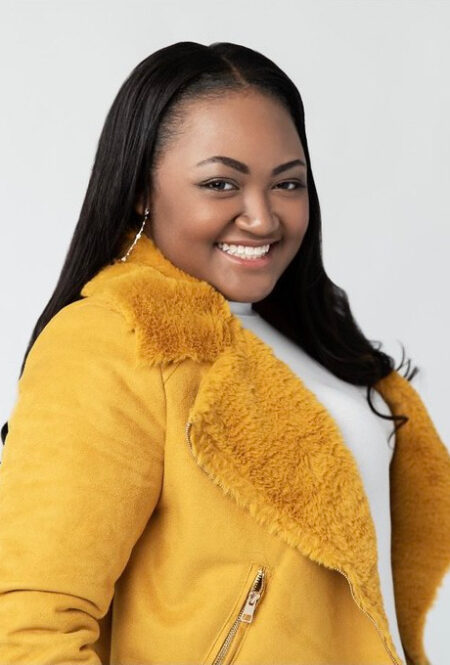 Some people will say that TV and movies are strictly for entertainment and do not need to be based on reality. However, Madysen Brown will tell you that kind of thinking can have adverse effects on how teens evaluate their self-worth.

While she loves shows like “Euphoria,” which stars Zendaya as a high schooler struggling with sobriety, Madysen said that some viewers may mistakenly blur the distinction between reality and fiction.

“Relatability in TV and movies is important because I don’t want people to think you have to do drugs in high school or lose your virginity at a certain age to be normal,” Madysen said. “Did you actually ask anyone if they went through any of this? I can’t relate to it at all.”

Madysen’s relationship with media stretches back to watching movies like “Suicide Squad” with her mom and dad and visiting Universal Studios as a kid while on vacation with her family. Now, she’s already gone viral on TikTok and is also working on a script for a TV show called “Status Quo.”

“I appreciated my high school experience being mellow,” Madysen said. “TV teens are not a rite of passage.”

She is graduating as Messmer High School’s co-valedictorian with her friend. During her time in high school, she volunteered with Meals on Wheels during the COVID-19 pandemic. She will be heading off to California State University at Fullerton in the fall on a scholarship, where she will study communications and journalism, with a focus on the arts.

In college and beyond, Madysen wants to make media that reflects real people of color and LGBT experiences on screen.

“I want to make realistic stories for people so they feel seen, heard and felt.”

Dear Class of 2020: Here are some pearls of wisdom from your fans