You are here: Home / Home / Carousel / ‘They don’t even show up’: MPS parents give school bus service failing marks
Share this... 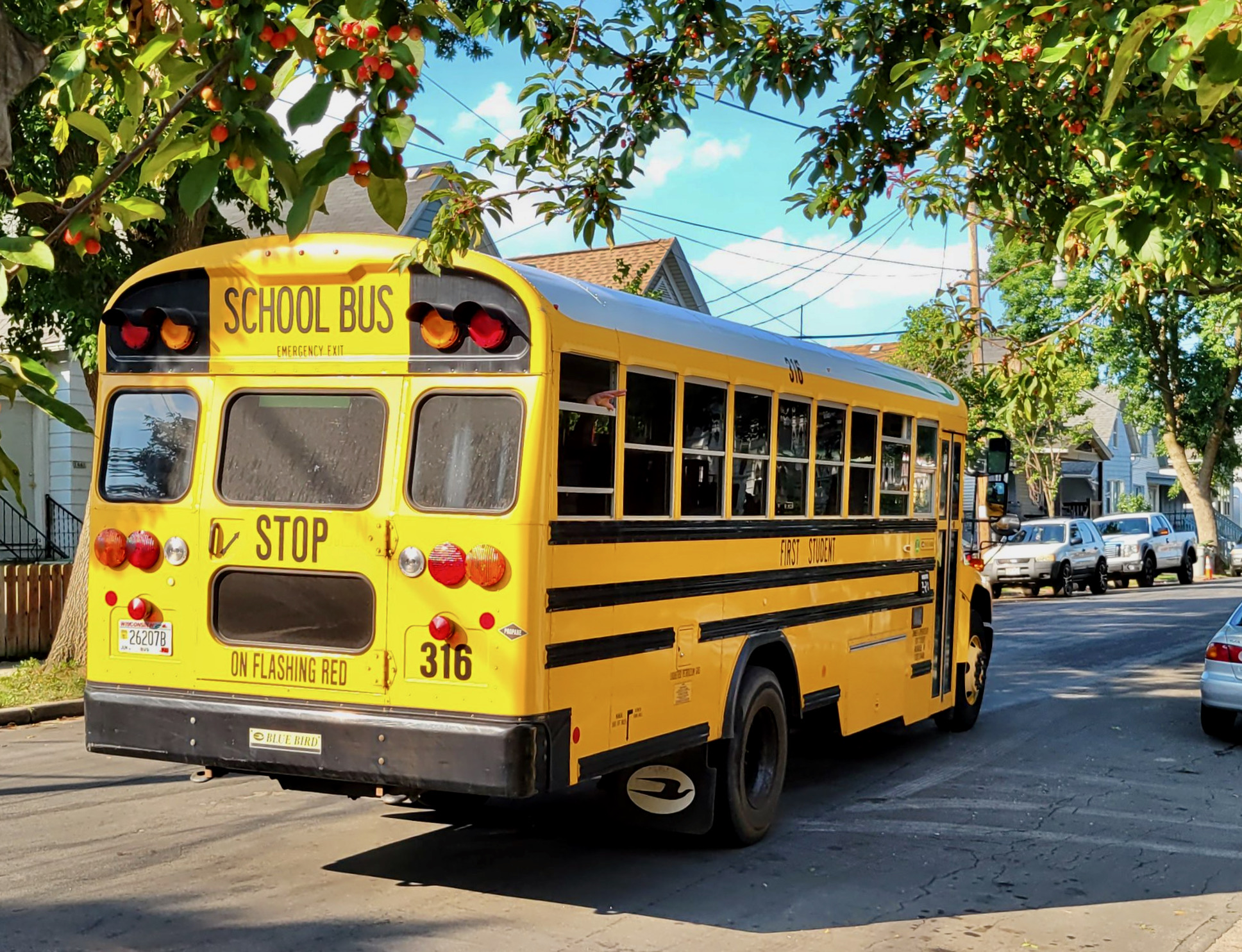 Leah Hough said her 12-year-old son Jr. was happy to return to the seventh grade at Manitoba School after learning virtually last year.

But her son’s excitement quickly turned to disappointment when his bus never showed up and he missed the first day of school, which is located at 4040 W. Forest Home Ave. Since then, Hough said, he has been late each day because of bus delays and cancellations.

“I usually have to scramble and try to find someone to give me a ride to take him or pick him up,” said Hough, adding that her son has only been able to ride the school bus home once. “It’s stressful as a single mother, and I had to quit my job due to the inconsistency. I couldn’t handle worrying and wondering if he was getting to school or not.”

So far this new school year, busing has proven to be a nightmare for some parents of Milwaukee Public Schools students.

Christy Torres, whose son is an eighth grader at Audubon Middle School, 3300 S. 39th St., said they’ve had problems with busing since his school year began on Aug. 16.

“Sometimes he waits outside for more than an hour, and other times they don’t even show up,” said Torres, who works in the morning and is unable to take her child to school. “Sometimes I get a text to let me know I have to pick him up because there is no bus to take him home.”

Other parents report similar problems across the district. They say buses are late or never come, and that they receive last-minute notice when routes have been canceled. This has forced scrambles to get kids to school and back home. Some parents say they’ve had to change schools because of a lack of transportation.

Frances Mendoza, whose son is a freshman at Milwaukee High School of the Arts, 2300 W. Highland Ave., now drives her son to school and home each day. She said she gave up on him taking the bus after it was canceled the first three days of school.

“I figured now I will just have to take him to and from the whole year to be safe since I do not want to risk him being outside waiting on the bus that will never show,” she said.

“To alleviate this, per our transportation director, we are consolidating routes for unmanned/unclaimed routes,” Arms wrote in an email to NNS.

Judging by the number of parents who have reported busing issues at MPS schools, Arms’ estimate of 30 buses may be low. In fact, a parent of a student at the Milwaukee School of Languages shared on social media Tuesday an email informing parents that 12 different bus routes would not be running that afternoon and to pick up their student at 3:20 p.m. The email was sent around noon.

MPS was short on bus drivers when schools reopened in April after the COVID-19 shutdown ended, and the district experienced problems this school year when the first schools opened in mid-August. The district vowed to have those problems fixed but has been unable to do so because of an ongoing shortage of bus drivers. It’s a problem that’s affecting other school districts across the state and country.

In a recent survey by School Bus Fleet Magazine, almost half of respondents described their bus driver shortage as “desperate” or “severe.” Chicago Public Schools, for example, began its school year facing a shortage of 420 drivers. The district has turned to earlier pickup times and to providing transportation stipends for students who do have access to bus service.

MPS is not offering stipends and hopes that more drivers will be hired soon. Arms said companies are recruiting drivers, which should add 10 to 20 drivers per week.

One of those companies is Lamers Bus Lines, which serves over 100 Milwaukee Public Schools and has taken out ads on billboards, on social media and elsewhere hoping to find drivers, according to Diane Hanke, safety manager for the company.

She said starting pay for drivers with no experience who go through the company’s training has increased by $3 to $22.10 an hour. The company also offers flexible hours, part and full-time work as well as monthly bonuses for drivers based on attendance and them not being involved in an accident that they’ve caused. Yet, the company is not only short on applicants, it’s also having trouble keeping current drivers.

“People are depressed and aggressive and hostile,” said Hanke, who believes the increase in anger is related to the pandemic. “Many of our drivers don’t feel like they can take the abuse anymore.”

Four experienced drivers quit during the first week of school, she said. Still, many school bus drivers love their jobs and the opportunity to transport kids, she said.

There are other reasons why bus companies are short on staff, said driver Sam Wilson, who has a child at MPS. She said many drivers never came back after being laid off last year.

“Some because they’re making more on unemployment, others didn’t come back because they either were afraid of COVID or they didn’t want to deal with the mask/vax situation,” Wilson said.

Enhanced federal unemployment benefits created in response to the pandemic ended on Sept. 6, which Arms believes could help in the hiring of more drivers.

“We expect more drivers to trickle back this month with unemployment benefits expiring,” he said.

Meanwhile, Hough said she and her son hope the school transportation problems gets solved as soon as possible.

“At this point, my only expectation is to try and preschedule rides with friends to ensure my son gets to school and just hope it works itself out soon,” she said.

What to do if you have bus problems

MPS spokesman Earl Arms asks those having problems to first contact the bus company to make sure the stop was made. If not, he said, they should contact their child’s school or the transportation office at 414-475-8922 or visit the district website for more options.