You are here: Home / Home / Carousel / Five things to think about before choosing a career
Share this... 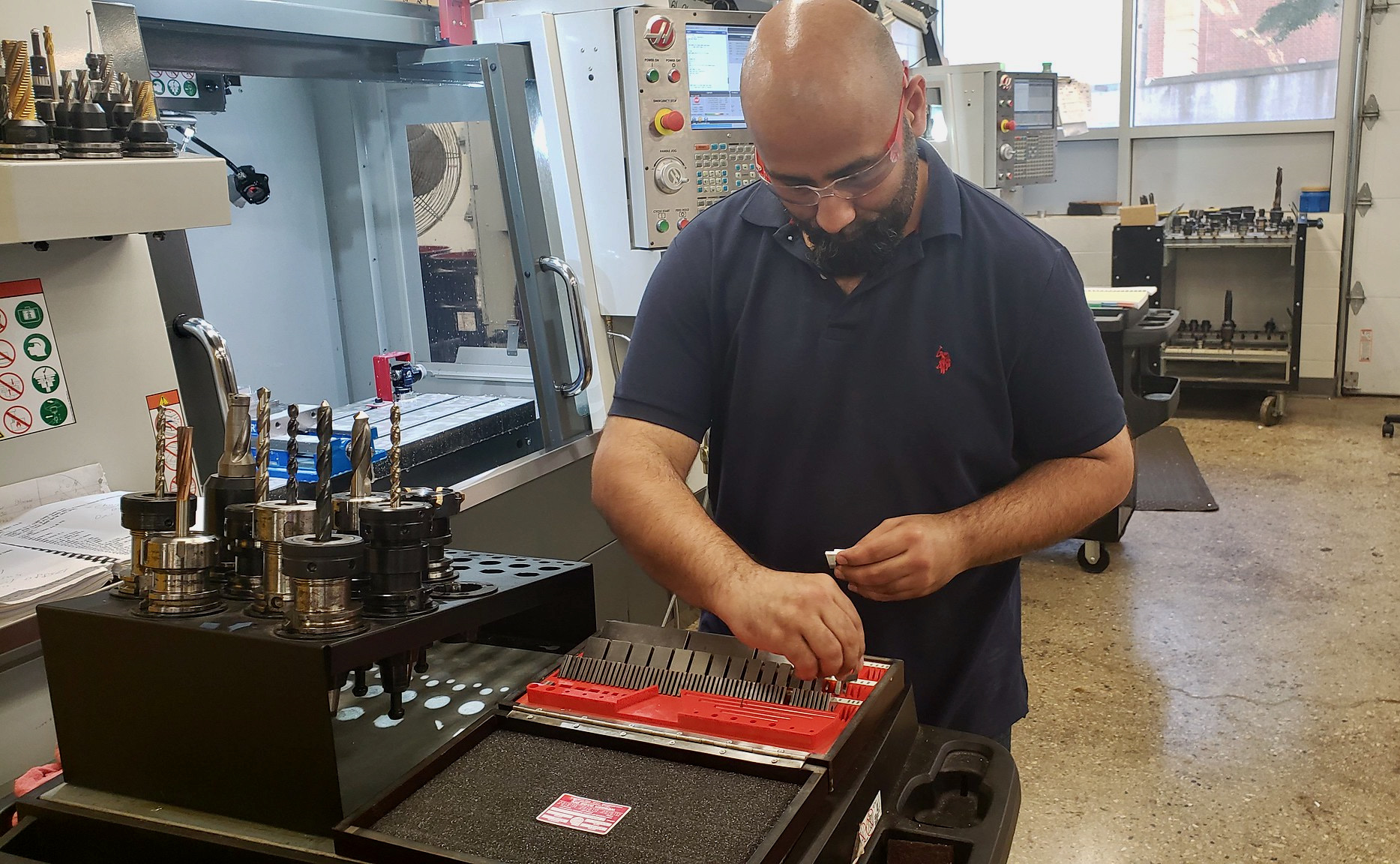 Lia Maxwell’s job as career development coach at Milwaukee Area Technical College is to help students figure out the next phase in their life.

“A lot of this is resource connections,” said Maxwell, who has worked at MATC for 15 years. “You meet them where they’re at and then you take them from there to finishing and hopefully leaving MATC to a four-year institution or to a job that’s going to help them get the lifestyle they’re looking for.”

Current and prospective students can meet with career counselors to discuss potential obstacles, goals and the best approaches.

“Career coaching has a lot to do with visualizing where you see yourself in the future,” said Selena Webb-Ebo, a career development coach at MATC. “Meeting with a career coach allows a student to be proactive and forward thinking — helping them to identify what their strengths are and what they value the most about work.”

When it comes to deciding on or changing a career, Maxwell and Webb-Ebo offer this advice.

1. Have a conversation and have it early

When it comes to picking a career, a lot of students choose arbitrarily, Webb-Ebo said. They might be influenced by something they saw on TV, social media influencers or by their parents, she said. 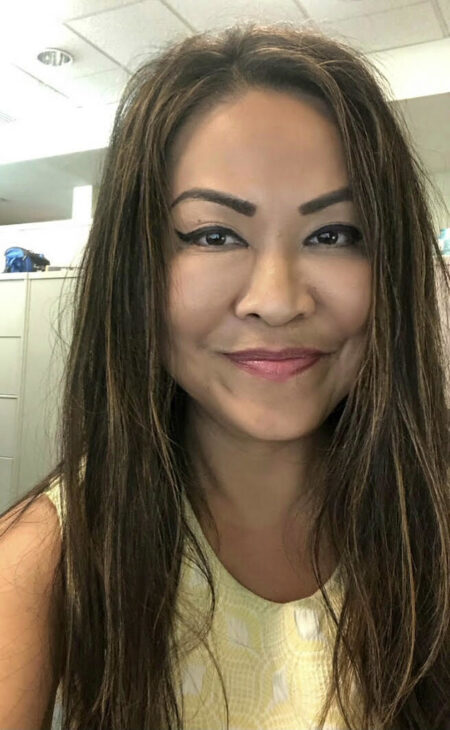 “When you’re confident in your decision and who you are, again knowing your why, it just makes the process a lot easier,” Lia Maxwell says. (Photo provided by MATC)

Maxwell noted that when students come talk to them it is often their first time having a conversation. As such, the school offers students an interest-based assessment to help them narrow down their interests and determine a career choice based off interests and personality.

“It’s a conversation starter,” Maxwell said. “It’s not an end-all be-all. It still involves a conversation and not every student needs an assessment, but we use it as a platform or basis for students who truly have no idea.”

During the conversation, Maxwell and Webb-Ebo try to expose students to different career paths. The conversation includes topics such as income lifestyle and realistic expectations.

“As career coaches, we know that you only know what you know until you’re exposed to something different,” Maxwell said, adding that people can’t expect to be their own bosses and turn out like the Kardashians.

Maxwell recommends starting the conversation as early as freshman year of high school. Planting the seed early on gives students more time to think about what they want to do, she said.

“Figuring out what you want to do and having that career conversation is so important to start early on,” Maxwell said. “You’re trying to minimize your student debt. The sooner you can pick a career that you can live with the sooner you can get out of here and live your life and accumulate less debt.”

2. Talk to trusted adults and individuals

Webb-Ebo encourages students to talk to trusted individuals such as coaches, neighbors, parents, etc. She has students ask people, “What makes me fabulous?” This question gets students thinking about their strengths, their personality and where they shine.

“I encourage them to talk to trusted individuals and adults in their life who can give them positive feedback on things that they see outside of themselves,” Webb-Ebo said. “Then they can capitalize on those strengths and match those to any strengths or interests that they have in employment.”

“Begin with the end in mind,” Webb-Ebo said. “Where do you see yourself? This is going to guide you through your college experience.” 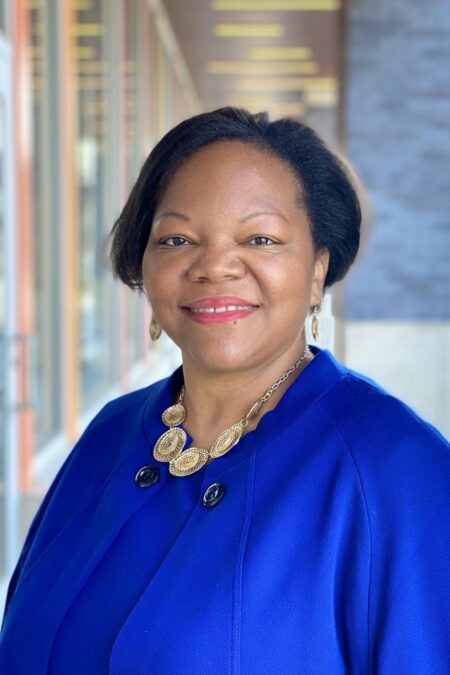 “Career coaching has a lot to do with visualizing where you see yourself in the future,” Selena Webb-Ebo, a career development coach at MATC, says. (Photo provided by MATC)

If a student can visualize it, they’ll take all the necessary steps to make it happen, she said. The hope is that if students align their interests with what they want to do, they are more likely to remain engaged and invested.

Webb-Ebo tells students to look at the steps needed to achieve the goal and ask themselves how long it is going to take, what sacrifices they need to make and so on.

“We’re not dream killers,” she said. “We want to make sure that they’re prepared and that they understand everything they have to do to accomplish the goal they have set.”

“Write down your why’s,” Maxwell said. “Why do you want to this, because when the courses get harder, and they will get hard, go back to your piece of paper and read over again why you chose this career path.”

Writing things down motivates students and helps them come into terms on their own, she said.

“Career coaching is not only figuring your career goals but there’s confidence building as well,” Maxwell said. “When you’re confident in your decision and who you are, again knowing your why, it just makes the process a lot easier.”

“Build your own career,” Maxwell said. “What does that look like?”

Once a student has that then they examine what’s realistic about their plan and what’s not, she said. This includes looking at the job criteria, matching interests with potential careers and exposing them to the realities of the job.

Maxwell often reminds students that the average person changes their career four or five times in a lifetime. This helps alleviate the pressure, she said. Instead of having students look ahead to the next 30 years she tells them to look short term at the next five years.

Webb-Ebo encourages students to re-evaluate their life every 10 years. She reminds them that they are in charge of their own brand and deciding what they want to be known for.

“To me, it’s an ongoing conversation,” Maxwell said. “It’s an ongoing process, it never stops. You think ‘Oh, I’m going to get this degree and this job and then I’m set’ because the need to want to be more is going to start settling in, in four or five years.”

People’s interests change over time, Maxwell said, and most people aren’t doing what they went to college for. With that in mind, each career session is individualized to help students analyze their thoughts and determine the right path for them.

“Your developing skill set is a toolbox you’re taking with you to any job you do,” she said.