You are here: Home / Home / Carousel / How one man uses his passion to create affordable housing in Milwaukee
Share this... 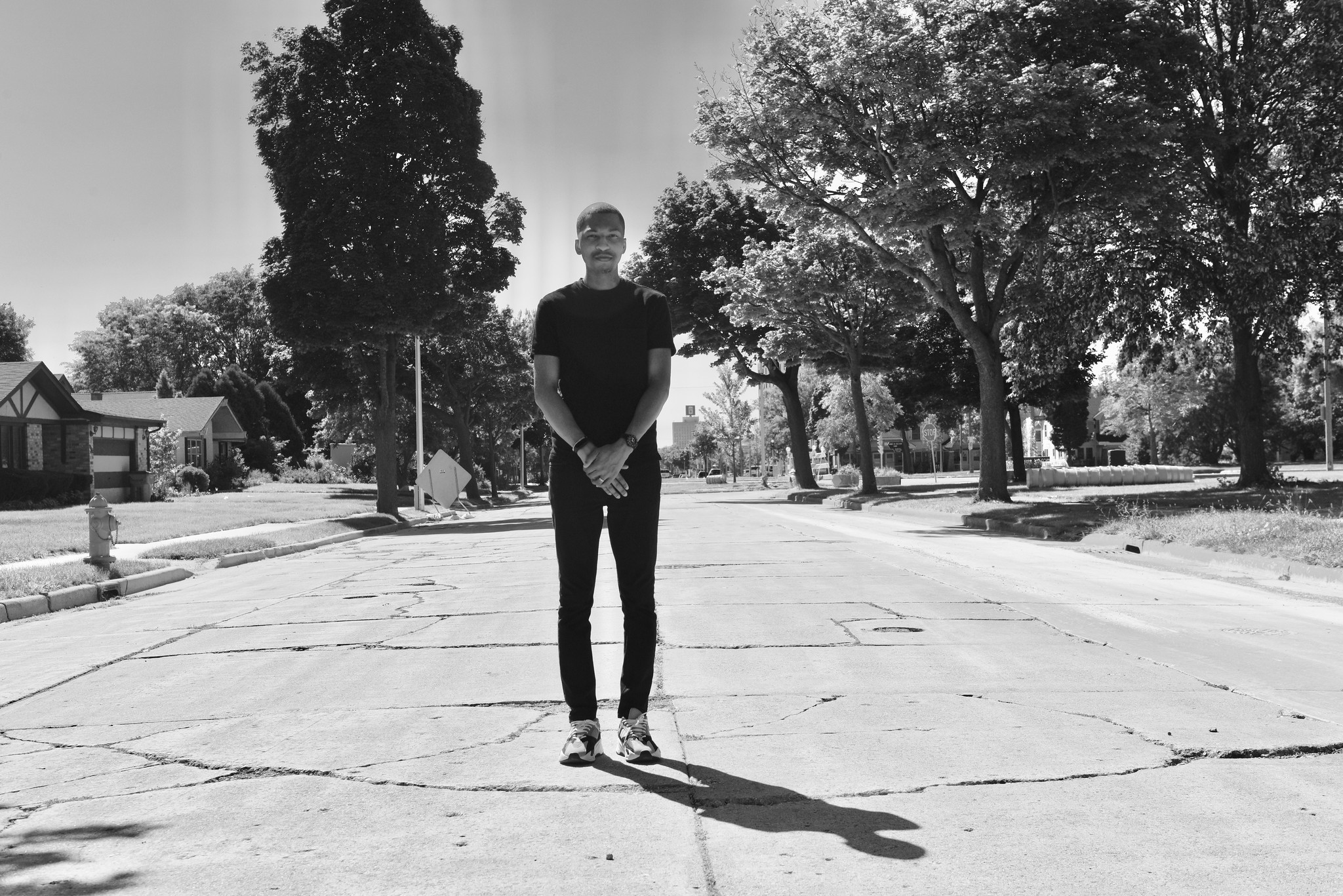 “I personally and professionally knew how housing is key for stability, so when I found out there was a way to assist in that effort and earn a living, I quickly started down that path,” Que El-Amin says. (File photo by Sue Vliet)

Que El-Amin comes from a family that believes in serving others.

His grandfather fought for African American voting rights in Louisiana. His father ran the New Horizon Center, a Milwaukee social service agency and daycare center. And his mother is a mental health therapist.

But when he felt that social service was not the best route for him, he found another way to follow in the family’s footsteps: Through housing.

El-Amin has combined his passion for architecture with his need to serve by creating affordable housing for some of Milwaukee’s most economically challenged neighborhoods.

El-Amin is building 43 affordable townhomes at North 37th Street and West Villard Avenue. And last summer, he began a $60 million project that will turn a former Briggs & Stratton industrial site on West Center and North 33rd streets into about 200 apartments when it opens next year.

El-Amin, 36, grew up in the Villard Avenue neighborhood and said he knows how important is for the area to have decent and affordable housing.

After graduating from the University of Wisconsin-Madison in 2005 with a graphic design degree, he began his career in residential real estate by co-founding Scott Crawford Inc. in 2007.

“I personally and professionally knew how housing is key for stability, so when I found out there was a way to assist in that effort and earn a living, I quickly started down that path,” he said.

Being a developer is one of the many hats El-Amin wears in his everyday life.

He also co-founded with his brother, Khalif, the Young Enterprising Society, or YES, which runs several programs for students and young entrepreneurs in Milwaukee.

“I love that we’ve been able to give others opportunities,” he said. “Milwaukee is a hard place to grow up in, so being able to see people making a living off their ideas and start businesses and finish college feels good.”

Though El-Amin loves Milwaukee, he wants to see the city do better.

Colleagues say his greatest asset may be his kindness.

“He’s one of the hardest-working people I know,” said Greg Meier, El-Amin’s mentor and one of the first people to invest in one of his projects. “But on top of being capable and able to move the business forward, he is genuinely nice.”

An avid traveler, El-Amin said New York City is one of his favorite cities because of its tall buildings. He also named Washington, D.C., as another because it was one of the first places he saw Black people in spaces he hadn’t seen before.

His mother, Amatullah Umrani, said being well-traveled is one of her son’s best attributes.

“It allows him opportunities to be with persons of various socioeconomic statuses,” she said.

El-Amin also does photography and videography, both locally and during his travels. He once even moved to Dallas for a short film.

And El-Amin said there is more to do.

“I think I have new big goals to achieve every day,” he said.

“It sounds cliché, but I’ve learned that to achieve the goals you have to be consistently persistent,” he said. “You have to work at it every single day, and that means weekends, holidays and birthdays, too.”

‘We’re on our way up’: The rebirth of Villard Avenue continues