You are here: Home / Home / Carousel / UPDATE: Future of Toy Dimension in jeopardy after owner has 2 strokes
Share this... 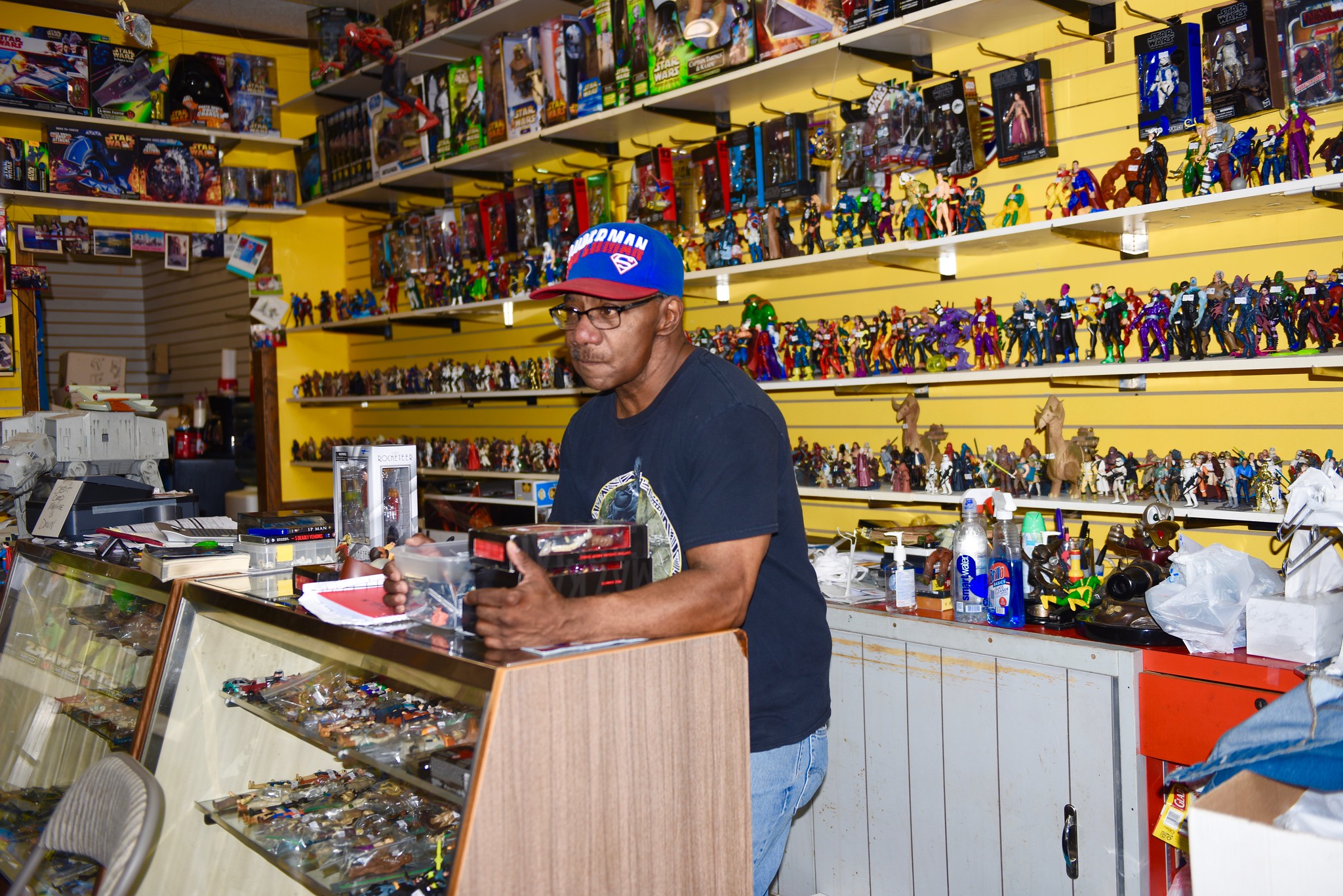 Henry Smith has been running the Toy Dimension for over 20 years. (File photo by Sue Vliet)

Henry Smith remembers sitting in the rain across the street from his store, begging people passing by to call 911 as he lost his ability to walk or even stand.

“I could barely crawl,” Smith said. “It was like I was conscious, but I didn’t understand what was going on.”

He was locking up his collectibles store, the Toy Dimension, at 5925 W. North Ave., just like any other day when the first stroke occurred.

The second one, which led to two four-hour surgeries and caused him to be out of commission for weeks, hit later that night when he was home.

Now because of his health challenges, his business is at risk of closing after having a great year in 2020 despite the pandemic.

Smith is struggling to keep up with his bills.

“Rent is past due at the store,” said Dana Wilson, Smith’s fiancé. “The landlord is trying to be patient with us, but before Henry can go back to the store, we have to make sure his health is intact.”

The Toy Dimension is a museum of sorts, and Smith is known in the community for being able to school patrons on the history of each figure or comic book displayed between the store’s walls.

In an interview last year with NNS, Smith said that while other businesses have suffered during the pandemic, he’s been able to weather the storm.

“People need bread; they need to put gas in their car. They don’t necessarily need a Han Solo figure.”

Now, he wants to get back to his store. But his body isn’t quite ready yet.

The strokes have hurt his short-term memory as well as the use of cognitive skills he feels he’s taken for granted.

“I love being at the store and I really miss it,” Smith said. “I’ve always been independent so not being able to do the things that I need to do is leading to a depression.”

Since he has been out of commission, Wilson has helped manage the store, but Smith said he feels like he’s pushing his responsibilities onto others.

“This isn’t about pride,” he said. “It’s about being responsible.”

In the meantime, Smith is slowly making his way back into the store with the help of Wilson.

“I’ve taken him by the store a few times,” she said. “People come in as soon as they see the lights on. They love to see him.”

The store remains unopen while Smith continues to recover, but you can call 414-915-0642 to set up an appointment or contact Smith directly.

Smith is considering starting a gofundme fund-raiser to help keep the Toy Dimension open as he recovers, but he said he doesn’t know how. He wants anyone who thinks they can help to reach out to him.

“This was a major bump in the road,” Smith said. “But I’m working to learn to adapt and not let it hold me down.”