You are here: Home / Home / Carousel / NNS Spotlight: How one Milwaukee clinic helps kids with behavioral challenges navigate the early years
Share this... 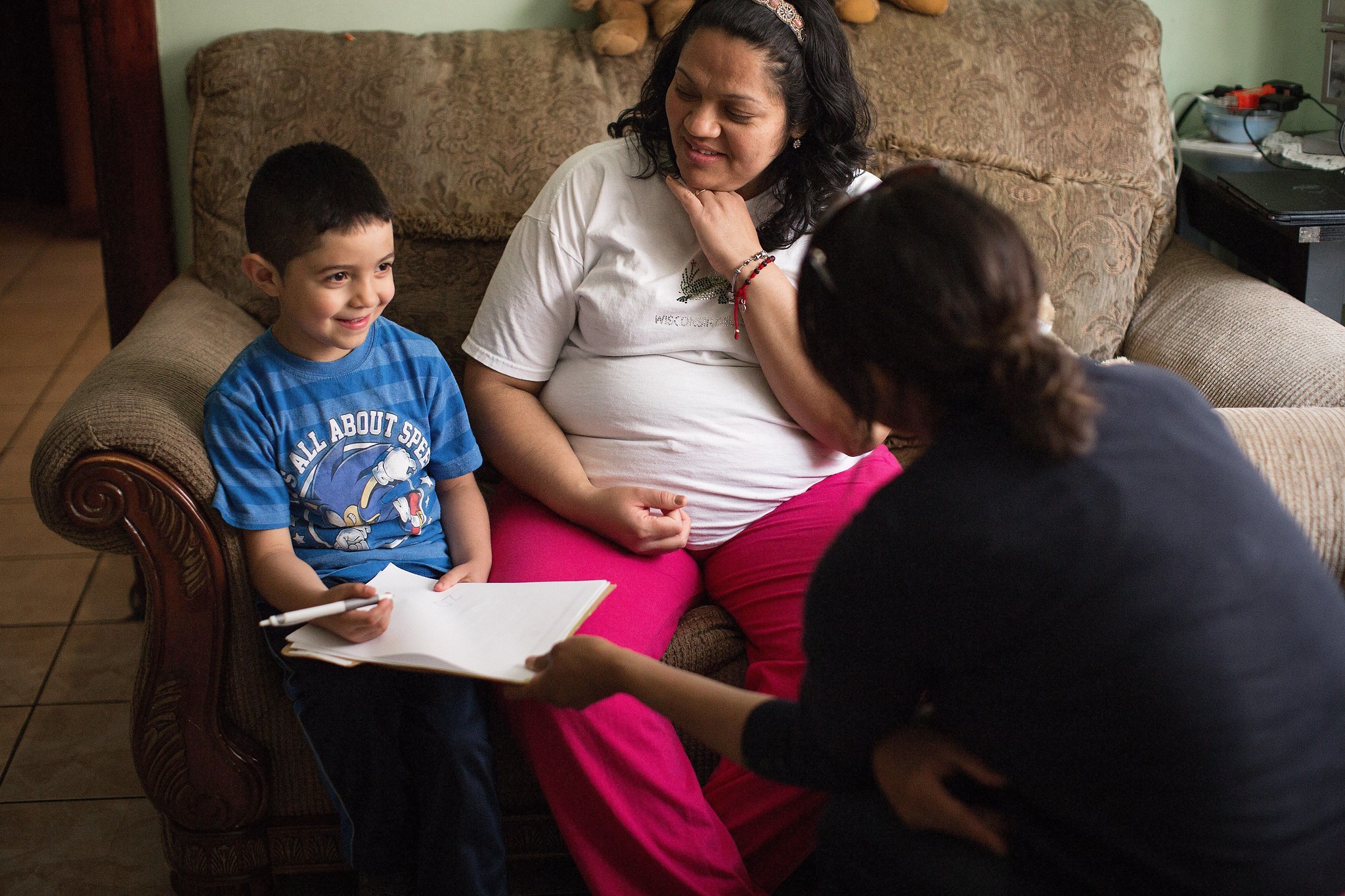 Amy Quindt was struggling to help her son.

Her son, Gabe Holt, stopped communicating at around 1½ years old. Then, he started to get anxious and compulsive. He would try to run away in public places. He would yell. He would look for things that might hurt him.

It got to the point where Quindt couldn’t even take him to the grocery store. She was cooped up at home, wondering what to do.

“A lot of things most families take for granted would hold us up,” Quindt said.

Quindt would later find out that Gabe had ADHD, an attention deficit disorder that makes children impulsive, and oppositional defiant disorder, which makes them more defiant. When it came to those specific challenges, Quindt felt there weren’t many people, including other parents, she could turn to who know exactly what she’s going through.

But now she has a team to help her navigate the struggles.

About three years ago, Quindt reached out to the Behavior Clinic, a partnership between Penfield Children’s Center, 833 N. 26th St., and the Marquette University College of Education that provides in-home psychiatric services to young children. The program, which usually lasts about 10 weeks, aims to help resolve behavior issues and give parents the tools to help their child.

The COVID-19 pandemic caused the clinic to provide telehealth services, but most activities take place in the child’s home. Heather Rotolo, director of the Behavior Clinic, said working with the children at home is more effective because it helps them solve problems in their own environment.

The Behavior Clinic uses the Early Pathways model, which the center originated. The model emphasizes setting healthy expectations and goals for children, while teaching them to handle disruptive behaviors. Rotolo said a strong focus on the parent-child relationship sets it apart from other programs.

For Quindt, one of the first things she did was child-led play, in which parents don’t speak but let the child show them what they’d like to do with their toys. Quindt said that helped build trust between her and her son and opened up opportunities to communicate better.

Other tactics have practical applications, too.

“We wouldn’t go shopping because I couldn’t get him physically dressed to leave the house,” Quindt said. They’ve been able to work through that by using a tactic called “forced choices.”

“It’s not a choice if you get dressed, but you can choose if you want a red shirt or a blue shirt.”

In Quindt’s case, though, she wasn’t just working on behavior; she was trying to help her son through emotional trauma. When he was about 2, a car accident severely injured his father. Gabe had trouble processing the accident.

The prevalence of traumatic events in the community informs the Behavior Clinic’s work. Alan Burkard, a consulting psychologist for the clinic and a professor at Marquette University, said the average child in the program is about 2½ years old, and most have been exposed to two traumatic events in that time.

“That’s pretty high for a 2-year-old,” Burkard said. “To give a comparison: When you look at it in the context of adults, they say if you’ve experienced four or more, you’re more likely to have physical, financial or educational ramifications as a result of those exposures.”

To assist the children, the staff makes small children’s books that help them understand how to work through their emotions more effectively in a story format.

“We often hear the phrase, ‘Oh, they won’t remember,’ or that this is something that they’re not seeing or paying attention to, but they do,” Rotolo said.

Rotolo said the clinic gets referrals from around 90 sites around the city. Notably, it gets many of its patients from Sixteenth Street Community Health Centers, Milwaukee Public Schools and some from the Milwaukee Health Department, sometimes after kids have been tested for lead. Services are also offered in Spanish.

Burkard said the clinic typically sees from  270 to 300 families a year. For Marquette, the partnership provides opportunities for graduate students to get real experience and conduct research. It also is a way to connect the school to the community.

Gabe is 4½ years old now. Quindt said both she and her son live fuller lives because of the assistance they received. While there are still struggles, they’re learning to deal with them, and she knows help is only a call away.

“He’s learning how to cope in the everyday world,” Quindt said.